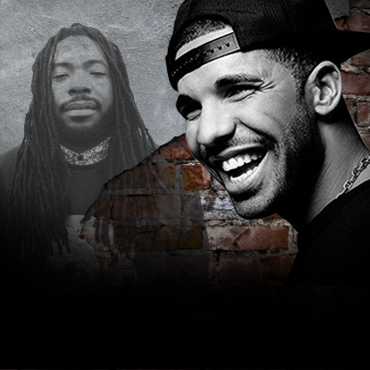 Humans are strange little animals. Sometimes, seemingly for no reason at all, the minds of many, many individuals interlock over an artifact, idea or belief. Some call it a “collective consciousness.” That humans have the ability to turn their minds eyes into a hive for particularly salient data streams. In our world that means memes, videos, tweets, phrases, sayings and other musings can go a word that was never meant to be used to describe it: viral. But there are different tiers of virality. For the layman without an audience, it means a huge spike in momentary visibility. For the established star it can mean a sustained career and even riches because, let’s face it, some people can reach into someone else’s milkshake and some cannot.

The term “collective consciousness” was created by Emile´ Durkheim and was described this way in his groundbreaking work The Division Of Labour In Society: “The totality of beliefs and sentiments common to the average members of a society forms a determinate system with a life of its own..” spoke Emile´. “It can be termed the collective or creative consciousness.” How did they know that some 120 years later that we could marry that thought process to the modern world with such profound results? How did they know that six-second loops and memes would come to define our virtual lives and spill out into our real ones?

Virality Means You Don’t Own Your Moments

So when things go “viral,” of course, they’ll be seen by not just those of us without the power the capitalize off of that interest, but by the vested and invested themselves. In fact, two much smaller fish have seen their ideas, gobbled up or transformed depending on whom you ask, by much larger artists with much larger reaches. But were they straight up jackings? Tokyo Vanity and D.R.A.M may tell you they were while Young Thug and Drake will tell you they were not, kind of.

Bitter though, cus after my performance all I’m seeing is Cha Cha/Hotline Bling comparisons on my timeline.

Yeah, I feel I got jacked for my record…But I’m GOOD.

Can you cry foul in an environment where something becoming popular may have nothing to do with you or the machine behind you? Tokyo Vanity’s phrase “That’s my best friend” saw a sudden spike in March of this year if you ask Google Trends, but the phrase initiated on the platform Vine. And, unlike the outside world, Vine owns what you use on the platform. That explosion was probably what led to Tokyo Vanity eventually parlaying the saying into a ringtone called “My Best Friend Finna.” From meme to ringtone and finally to song, Tokyo dropped “That’s My Best Friend” on Soundcloud around three months ago, and while the song has 331K plays and counting, the heat really got turned up when she dropped the video on Youtube. Between August 3, 2015, and today, the video has just over two million views. This should all be a cinderella story of epic proportions, right? Except for the fact that Young Thug flipped that phrase and song into his own original work called “Best Friend,” which has over 15.5 million views on Youtube. Just in Youtube dollars the difference in payout is fairly vast and that’s not including the perks of already being a celebrity and being able to cut lucrative deals with Youtube ad partners. Now, she claims that she’s copyrighted the song and can sue whenever she wants, but a more important question is why didn’t she tie her name to that comet and branch off the success of Thugger’s new hit?

Sure, it came from her viral idea, but in this world where people have access to other people’s thoughts for free, it’s branching off of a viral idea to create something else that separates the winners from the losers. In fact, author of the Forbes “Get Paid To Be Yourself” series Julian Mitchell seems to think not attaching herself to Thug may have cost her in the long run. “No matter how big your records are you’re not going to make what you’re worth..” says Julian. “She’s denying herself passive revenue streams [by refusing to be in his video]. She could have been in the video with him and that could have gone viral! She could have had Young Thug Tweet it. Artists like that never have a problem giving credit. He can’t steal the record because the record was too big without him. So there’s no way he can jack the record.” Now, it seems, everyone is talking about his record and Trey Songz record and not about hers.

“Hotline Bling” is now taking Drake to unforeseen heights. What was essentially a loosie b-side released in tandem with his Meek Mill diss “Back To Back” on his Apple radio show has gone, well, viral. And the Canadian star, who originally had the damming “(Cha Cha Remix)” attached to the song has begun to distance himself from the “Cha Cha” created by D.R.A.M. And, of course, that song went viral after Queen Bey did the dance on a grainy Instagram video, suddenly thrusting the Virginia native into the national consciousness. But, as big as your song can get, when a big fish rolls by and flips your mono Mario Bros. baseline into a syrupy song about an ex-gone rogue after you’ve left the city there’s not much you can do. He’s stated his displeasure above. But he also stated he’s GOOD, and that he’s moving on from the single that Drake’s turned into a reheated viral masterpiece in his own right. What can you do? Drake’s dorky 80s dancehall dance-o-rama of a video has catapulted him into the news without mercy. It’s even on its way to being his first number one. You heard that right, the skeleton of the song he lifted and flipped may take him to a place he’s never been before. But what does this all mean?

It means that this will continue to happen. Now, nothing can stop it. The feeding frenzy for new ideas means that the greatest yields can, perhaps, come from the viral moment that most are laughing at, but some are looking to mine for an opportunity at an easy win. Think about it. Who needs a marketing budget when some plucky Viner made good or some (for now) smaller artist has already done the legwork for you? You, the bigger artist, can then ride on top of their success to create your own unique moment from theirs. And since this is happening outside the major label system, the laws of the jungle apply. The big steal big and the little steal little. Of course, one of the ways out may just be to try to attach yourself to the bigger artist who attached themselves to your success. So can Tokyo sue? And do both her and D.R.A.M have another moment to feed to the frenzied social media masses? See you next six-second loop and maybe we’ll find the answer.