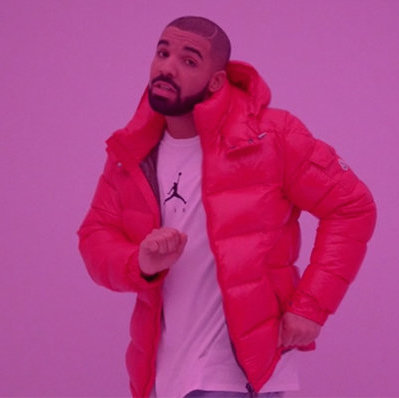 Like or not, Drake hasn’t skipped a beat in 2015. He dropped one of the biggest surprise mixtapes of the year, secured a deal with Apple Music, emerged victorious against his co-worker’s boyfriend, dropped a collaborative project with Future and released several of the year’s biggest singles. Hell, Drizzy even managed to earn his one hundredth Billboard Hot 100 single last month. All while taking a questionable blow to his integrity as an emcee in the traditional Hip Hop sense after allegations of ghostwriting. During the height of his fairly comical battle with Meek Mill, he dropped “Hotline Bling” following scathing diss record “Back to Back” on his Apple Music radio show OVO Sounds. Since dropping the track in late July, it’s gone on to sell 685,000 copies within the United States alone along with earning him a spot in the “100 singles club” wedged between Elvis Presley (who ironically sits underneath Lil Wayne) and James Brown. That’s right, Toronto’s favorite artist managed to earn more hit singles than Jay Z, Chris Brown, Aretha Franklin and The Beatles. All through controversial inspiration from D.R.A.M.’s summer hit “Cha Cha.” However, “Hotline Bling” samples Timmy Thomas’ “Why Can’t We Live Together” and is rightfully credited. Interestingly enough, the original version was dubbed “Cha Cha (Hotline Bling Remix).” The song covered by Erykah Badu, Trina, Keyshia Cole and even The Disclosure serves as a light, fun and thoroughly corny victory lap for Hip Hop’s most polarizing artist. That doesn’t even count the ludicrous number of cover versions of the song currently available on YouTube.

And, here we are today ladies and gentlemen. With “Hotline Bling”s Director X video adaptation dropping last night, the internet went into a suitable frenzy. The Apple Music exclusive featured a happier Drizzy, who for the first time in his career, danced awkwardly like no tomorrow, yet managed to also look semi-cool. Anyone who regularly frequents a club in North Hollywood has probably all seen that head jerking, slight pelvis thrust and hand motion combo at least once. Wait? Did he low-key jack the Sauce Twinz dance as well? Normally, everyone laughs and jokes of how lame it looks. Sometimes, women might find that attractive. Trust me, I’ve done it enough times and before settling down, my average was around 10 wins – 50 losses. In Drake’s case, he’s rich and successful enough so that chicks dig it, especially if social media has anything to say about it. Plus, they really seem to love the “Carle Thomas Collection” (shout out to Sparkle for that one) turtleneck he’s rocking. Most importantly, his dancing created some of the greatest Instagram videos, Vines and memes of the year so far. Fans even started a #Drakealwaysonbeat hashtag similar to ones done earlier this year for Beyonce and Kanye West. Watching video clips utilizing everything from Elvis Crespo’s “Suavemente” to The Rugrats theme song really proves how much control Drake has over his fan’s usage of social media. For October’s Very Own, life in the upper echelon of contemporary pop is currently a cake-walk.

Authenticity has been at the center of 2015 in terms of aesthetics, backstory and even creative process. For Drake, he’s managed to really avoid the conversation by being his corny and calculated self. By now, he totally understands his win. Where he goes from here is as mysterious as the status of his upcoming fourth solo studio album Views From The 6. Whether loosie or possible lead single, “Hotline Bling” is more than just the booty call anthem of 2015, it’s a victory lap for one of Hip Hop’s biggest anomalies.