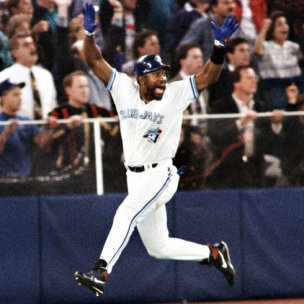 First Listen: Staff Reactions To Drake's Meek Mill Diss Track "Back To Back"

It happened again. Drizzy dropped another diss track we presume is aimed at Meek Mill, but this time he wasn’t all R&B about it. This time he got serious. Of course, this comes with still no response from Meek Mill or his camp. But after that Funk Flex debacle, we don’t think people are exactly waiting around for him to respond.

For most folks, this thing has already been called. But what do your faithful Features team at DX think? You’re about to find out.

“Back To Back” Dropped In The Middle Of The Night. Is It Drake’s Ultimate Answer?

Andre: This is a good song. Finally! Finally, he made something worth calling a “diss” track. Finally, the slander was mean, leaning into the corners like a crotch rocket around a steep corner in the night. This time he came with actual bars. In fact, that whole verse is quotable. From “This is for y’all to think I don’t write enough / They just mad cause I got the Midas touch” to “Yeah, trigger fingers turn to twitter fingers / You gettin’ bodied by a singin’ nigga / I’m not the type of nigga that’ll type to niggas / And shout-out to all my boss bitches wifin’ niggas.” This is what we wanted from the get go. It’s enough for me to overlook the obvious inconsistencies here and there. It is.

Enough for me to overlook how Drake fans seem to use Hip Hop’s “specialness” when it’s convenient for them. Does he write his raps? “He doesn’t have to! He’s a pop star!” Then when he brings the bars it’s, “Thank you Drake for bringing rap back.” It’s all so boring but whatever. It’s also enough for me to overlook Drake’s convenient use of human stereotypes. He’s good enough and clever enough to play both sides of the equation. To be the super-masculine dude saying shout out to all his boss women “wifin’ niggas.” But sensitive enough to call him out like, “I don’t want to hear about this ever again / Not even when she tell ‘em that they better as friends.” Has anyone ever played that game better? It’s 2015 and Drake understands the Internet. He knows radio is still important so Drake gets $20 million for his own radio show on Apple Music. He’s not going to Flex on his show when he has his own show. Now that’s winning. That’s killing the game. He even sent bottles to Charlamagne. The man just gave money to schools in Philly. If this is an ether it’s the nicest I’ve ever seen. I’m not mad at this. I’m not.

In fact, I’m elated. I’m not sure what Meek Mill will come back with, and I hope it matters just enough to keep him around because I like Meek. I’m a fan of Meek Mill in the same way that I’m a fan of Drake. I hope his album continues to do well, and I hope Drake drops Views From The 6 and it’s his first real classic. I’m hoping for that as a fan of Hip Hop. But I’m tired of this “beef.” As far as this goes it’s been a blast but I’d like to try and turn the channel. Oh, and don’t act like I didn’t catch it when Drake said, “write enough.” Clever. Either way, Drake 1 – Meek 0.

Ural: Common, Pusha T, Kendrick Lamar and even Chris Brown himself couldn’t get this kind of reaction out of Drake. Right now, Meek Mill has unsuccessfully become an antagonistic troll who managed to be the first emcee to literally hit a nerve with the OVO king. The problem is, he didn’t follow up and remained attached to his Twitter feed. It’s almost as if Mill honestly has no juice left in him (if it was there in the first place) or is playing coy. There were many who hoped the Philly rapper would respond in some way Monday during one of the worst days in Funkmaster Flex’s radio career. The aftermath left many without faith in both the New York DJ and Mill. Didn’t help that yesterday’s PinkPrint tour stop in Drizzy’s homeland left the Dreams Worth More Than Money rapper showered in boos from the crowd. Then, in the middle of the night, Drake drops “Back To Back,” the diss record no one saw coming but deep down, everyone wanted.

“Trigger fingers turn to Twitter fingers,” rhymes an incredibly aggressive Drizzy where he hits the nail of Mill’s main issue at the moment. Then there are more comical jabs like the one about getting bodied by a singing nigga or eluding that Nicki is the reason for his current success. Everything is wrapped in one of the catchiest hooks that one will probably hear all year. Here’s just hoping years down the line, a reference track of this doesn’t pop up though. Then again, who writes what doesn’t matter anymore because like Drake says, “I got the Midas touch.” Can Mill respond? Sure, the ball’s in his court. But, this morning, Drizzy officially became the people’s champion. So much that avid Drake hater Charlemagne called him his favorite rapper this week. If Philly’s own manages to respond, will anyone care? Unless, Mill has some groundbreaking, career ending information, he might want to take the L move on.