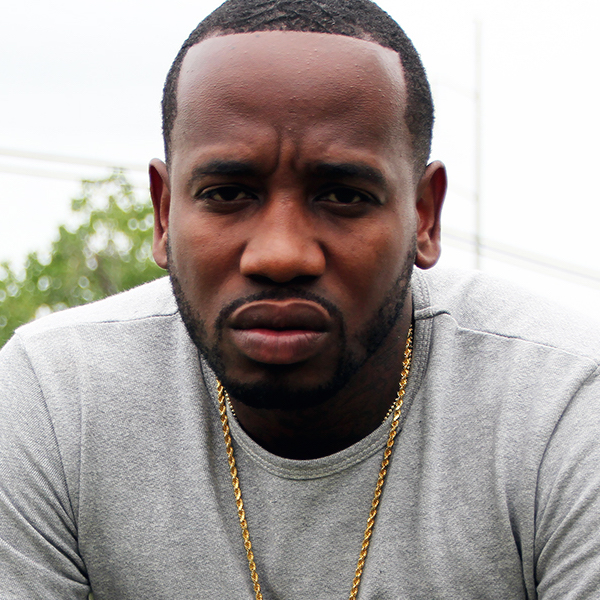 Hanging around the corners of Almonaster Ave and North Prieur Streets, it’s difficult to imagine that nearly ten years ago, this area was totally submerged in water during Hurricane Katrina. Being a city known for unprecedented resilience, New Orleans moved on but hasn’t been the same since. Almost five miles away, tourist from around the globe are set to pack the Mercedes Superdome for day one of Essence Festival. Taking a look around this historic 7th Ward neighborhood, wounds stemming from America’s horribly handled natural disaster still remain. Regardless, the people remain as strong as ever. The same could be said for 7th Ward’s own Theodore Jones or who the hood calls Teddy. For everyone else, he’s better known as Young Greatness. Catching up with the Crescent City emcee, it’s inside a corner store cleverly named Fame. That same store also inspired his rap dream and eventual joint venture deal with his Mile High Music Group, Migos and OG Maco home Quality Control and Motown Records. “This is the area that’s influenced my life and my music,” Young Greatness says. “Lost a lot of my best friends, lost a lot of people chasing this dream. I’m just happy to say that I’m here to still be alive and doing what I’m doing.” Now, he has much to celebrate. Greatness’ I Tried To Tell Em mixtape, just hit the web. Understanding his story, it’s the truest testament to getting it off the corner. 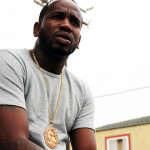 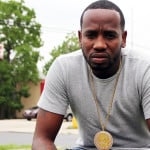 “The reason why I chose this store is because me and my best friends use to walk up here to buy food and stuff,” Greatness describes the exactly moment he decided to pursue music. “One day, me and my best friend walked to this store and I told him that I really wanted to rap.” That close friend he describes would be then buzzing local rapper Andrae’ Curtis “Duece” Noel who was murdered June of last year. “He was one of the dopest rappers to come out of New Orleans,” he explains Duece. “To me, he was the Jay Z of New Orleans. Lyrically, everybody respected him.” At that time, Greatness spent his life more on the gridiron playing a slew of positions including wide receiver, quarterback and punt return than knowing the ins-and-outs of recording music. Duece took Greatness under his wing and the rest was history. By the time he found momentum for himself, disaster struck. “I was stuck here during Katrina in St. Bernard Projects for the entire hurricane,” he says. Like many evacuees, Greatness joined the 250,000 settling in Houston from New Orleans.

Despite losing everything, Greatness found what seemed to be a bright moment. He landed his first record deal. “I was signed to a company out of New York but based in Houston and we had a distribution deal through Sony,” he says. “That’s where I thought I was going to get my break at.” Greatness found himself back in New Orleans after the record deal fell through. Still hungry to make this rap shit work, yet without a pot to piss in, he turned to the streets. “I was running drugs and stuff trying to make money to be able to pursue my dreams,” Greatness says. “In the process of it, I wound up going to jail.” Spending two years at LaSalle Correctional Facility in Northern Louisiana, he had to watch family, friends and Hip Hop pass him by. Serving time in prison is rough; more so when one’s dream feels attainable. “It was a learning experience because I had to watch new artists come along that I felt like I could compete with,” Greatness describes. “My family use to send me like the XXL Magazines with Drake on the cover and etcetera.” According to Greatness, watching the rap game continue on without him served as motivation to grind hard, stay on his shit and keep away from being financially in a bind. Coming home with a vision and game plan, he set in motion his overall goal of putting on for his city. That meant setting up show at the place where his rap dream started. “We been meeting here at Fame since 2010 when I got out of jail after using a small apartment,” says Greatness. “Me and my team, we just put all the plans together and just moved on it.” Doesn’t hurt that he had help from long time friends including his current longtime co-manager Twine and Fame owner Byshion have been in his corner for quite some time. “We’ve been friends since we were kids and I’ve watched him grow for a while,” said Byshion who serves on the Mile High Music Group team. “It was really no choice to join the movement.”

This meant dropping his first mixtape, 2012’s Rich & Famous, hosted by popular New Orleans figure DJ Smallz. “That was the project where I was in learning stages with me realizing my talents and abilities,” Greatness says of the project. Building a name around the city, he ended up opening for everyone ranging from Jeezy, Future and Jay Z to T.I. By the time his follow-up Trap Jumpin 2.0 launched the following year, he’d gain a sizable following and found his lane as an artist. All of this was through his label Mile High Music Group. Around that time, he developed a rigorous strategy for expanding past the NO “I was traveling back and forth to Atlanta as it provided a different opportunity for me,” the 28-year-old explains. “So what I did was I would go out to ATL for four days and come home to New Orleans for four days.” Yes, two and a half years of driving back and forth between locations six-hours apart. Then again, the various back-and-forth was made comfortable by his Porshe first before moving on to a Range Rover.

2014 became another breakout year for Greatness after he released Dollar For Hate. Alongside featuring guest appearances from Meek Mills, Pusha T and Juvenile, the project also earned him a NOLA Hip Hop Award for mixtape of the year. Watching Greatness during his time in the A was Pierre “Pee” Thomas and his current co-manager Rici of Quality Control. Following some key meetings, Kevin “Coach K” Lee gave his phone ring. “He was like ‘I need my contract signed now nigga, how soon can you get here,” Greatness describes the phone call. And of course, he made yet another six hour drive to Atlanta to sign with one of the hottest labels from Hip Hop’s current mecca. “I think Greatness brings a different dialect and style to the game that’s missing right now,” Coach K said in a statement to DX. “He knows how to bring his emotion across in songs to the point where you get trapped into the stories in his songs. He also brings lyrical gymnastics with melody.”  In a long line of New Orleans rap legends like Lil Wayne, Soulja Slim, Juvenile and Mystikal, Greatness has the ability to join those ranks while being assisted by modern Atlanta dynamics.

The pain, tears, fuck-overs and nearly impossible odds have led him to  I Tried To Tell Em. Featuring the pretty fire single and Jazze Pha produced “Moolah,” the mixtape features collaborations with Yo Gotti, Da Honorable C.N.O.T.E., Cardogotwings and Monsta Beatz among others. Recorded over the span of eight months, over 150 songs were created for the project. “I feel like this is going to be the best one yet and I’m excited,” says Greatness. “I Tried To Tell Em is crazy and it’s big for New Orleans.” For an individual whose path could have lead to disaster, Greatness’ competitive nature fed into his perseverance. Even with the major deal, following and backing, he manages to push even more ounces out of his abilities. “I’m hungry,” he says. “I just want to win.” With that attitude, winning sounds like underachieving.