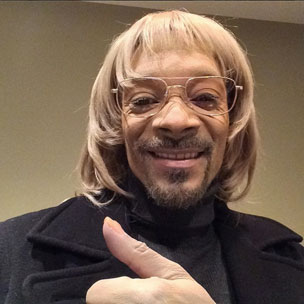 This week, the model who was shot at Chris Brown’s pre-VMA party in West Hollywood shares her status and Jay Z and Blue Ivy join Beyonce on stage after her full-blown VMA performance. Check the rest of the week’s top Instagram posts below.

In celebration of Chicago team Jackie Robinson West winning the Little League World Series, Chance The Rapper delivered a speech at the team’s rally. “It’s not often that we get a chance to learn a lesson in leadership and teamwork; ambition and humility at the same time,” Chance told the Chi-town crowd. “You’ve seen them play. It’s seldom that you learn that lesson from the perspective of somebody in their senior — as a father, as a grandmother, as an older brother, as an older sister. It’s almost never you get that chance to view it from a TV, from a living room, on top of a balcony, overlooking a city finally hitting its stride. Chicago, make some noise…I’m so excited.” Jackie Robinson West also became the first all-Black team to win the Little League World Series. To watch Chance’s speech, click here.

August 25, 2014 marks the 13th anniversary of Aaliyah’s death. Jonathan Mannion, famed photographer who’s captured many of Hip Hop’s iconic pictures, shared one of his favorite snapshots of the fallen R&B songstress. The caption: “Remembering the lovely Aaliyah today. She brought so many people immense joy in her short time here on earth. #MakeYourMark, #MakeItCount. When it’s all said and done, what will your legacy be? How have you made the world a more beautiful place to live in through your talent and passion? I share with you tonight one of my favorite photos of her. Blessings to all who walk with class, grace and elegance at the core of your being.” 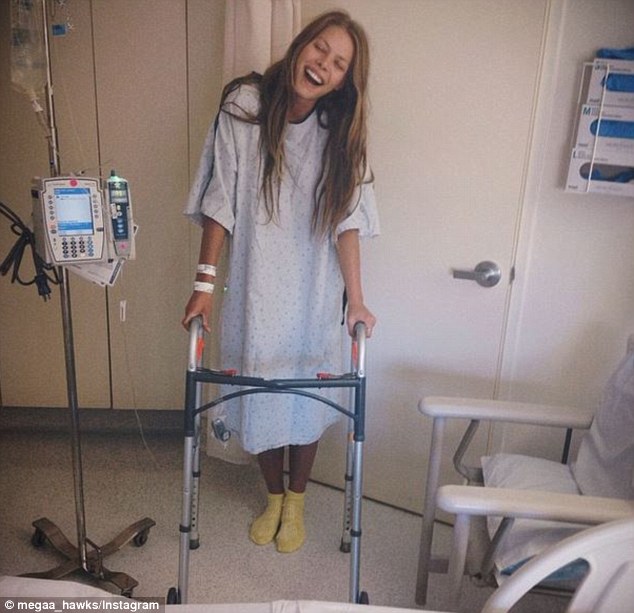 Although it was never clear who the intended shooting target was at Chris Brown’s pre-VMA party at 1OAK, one of the victims shared a picture from the hospital. Model Megan Hawkins, who’s only 19, took a bullet in the butt the night that Suge Knight was shot six times. The picture, which shows the 5’11” soldier showing off her pearly whites while holding on to a walker, has since been taken down but according to TMZ, the caption read, “My ass took a 9mm and I’m keeping it as a souvenir.” That would make for an interesting keychain.

Bobby Shmurda has had a hell of a summer in 2014. His viral summer single, “Hot Ni**a,” has been remixed by Lil Mama, T.I., French Montana and more. Beyonce performed the Shmoney dance on stage during the “On The Run Tour,” while hubby Jay Z gave Shmurda a “Shmoney dance” shout out. Now, Bobby Shmurda shmoney danced his way on stage with Drake at the “Drake Vs Lil Wayne” tour for a surprise appearance. Check out his performance, here.

Nick Minaj and Beyoncé both delivered on-point performances during their solo acts at the MTV VMAs Sunday night, so it was only fitting that Queen Bey would personally deliver a diamond-laced “Flawless” necklace to the first lady of Young Money. The caption: “If Beyonce didn’t walk into your dressing room and give you a diamond “FLAWLESS” necklace, then there’s no way you could be having a better week than me. Lol. Awwwww thank u QUEEN. ur just a precious gem. I could never thank you enough for your influence on powerful women all around the world. #WeFlawless.” The only thing that was missing was an actual performance of the “Flawless” remix, starring both Bey and Nicki, to round out this gift-giving gesture.

Nothing like a little Instagram beef to get the week rolling. Jim Jones took a minute out of his day to give a very special shout out to one of his former business partners, Dame Dash. Along with the screenshot he posted of Dash, Jones wrote, “This nigga here is th real culture vulture n a thief fuck faggot lol back to my day.” Jones and Dash previously worked together on the emcee’s Vampire Life brand, which ended up with Jones getting sued for $700k by investors of the company. He didn’t offer an explanation to why he suddenly dissed Dame Dash but Dame was quick to respond.

Dame Dash Responds, Wants To “Hug It Up”

Using a picture of the two of them in “happier times,” Dame Dash wrote, “I’m not sure what exactly would make @jimjonescapo disrespect me publicly or any kind of way but if it’s over money or Buisness i really don’t think that’s the most productive way to deal with things…but I’m always open for discussion as long as we speak as men… I would never be ignorant enough to get on some tuff shit… That’s what’s killing our culture… I have nothing but love for you despite your disrespect…we are all kind of used to the way you react in the moment but it’s just not positive or productive for the culture….let’s lead by example…we can’t be fighting each other it makes us all look dumb harlem does stick together we never fight each other… Please don’t try to make a positive thing look negative….if you have a real issue we can talk about it…my daughter is on this Instagram…. And I love your family my nigga… Let’s hug it up…. We dont need to be fighting #harlemstickstogether.” This might be the first time Dash has been called a “culture vulture” after name calling both Lyor Cohen and Steve Stout.

DJ Khaled Living Out His “Hold You Down” Music Video

Here goes DJ Khaled whispering sweet nothings into a clubgoer’s ear. “You smart. Matter of fact, you a genius. I appreciate you,” and another muffled sentence I couldn’t make out. Actually, he was performing a live version of his monologue from his “Hold You Down” video featuring Chris Brown, August Alsina, Future and Jeremih. He may not have rapped or sang on the track but he definitely found a meme-worthy way to put his mark on the song.

If Snoop Dogg Was A Blonde White Man… Oh Wait

From Snoop Dogg to Snoop Lion back to Snoop Dogg and now to Todd? With the help of makeup and wigs, Snoop has transformed himself into a white man with a blonde bob and gold wire-rimmed glasses. I tried to do some google research on Todd and everyone seems just as clueless as I am. What we do know is that he’s been promoting a dating website called “White Guys Connect” or #wgc for short and that Todd (not to be confused with Snoop Dogg) likes paintball, crotchet and spoken word. Maybe Nia Long has the answer?

Beyoncé stunned the audience and viewers at home with a made-for-television 16-minute performance medley of her self-titled album at the 2014 MTV VMAs Sunday night. While many fans were getting emotional as she carefully performed a piece of each track, it wasn’t until the end of the performance where the tweets detailing actual tears began flooding timelines. Jay Z, with Blue Ivy in his arms, presented Bey with the MTV Michael Jackson Video Vanguard award, also known as the Lifetime Achievement Award. Blue wasn’t shy as she applauded her mother, along with the rest of the audience, and leaned into the mic to say, “Go mommy!” Needless to say, Beyoncé wasn’t the only one crying.