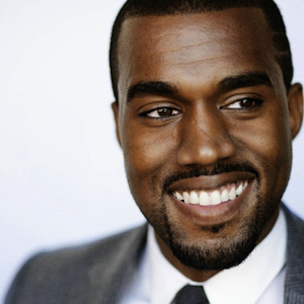 10 Ways "The College Dropout" & Kanye West Have Changed The Game

Shaping, shifting and reimagining Hip Hop and modern culture as he sees fit, Kanye West’s impact can’t be emphasized enough. Though his presence was felt years prior as an in-house producer with the Roc-a-Fella dynasty, Kanye’s formal introduction came by way of The College Dropout. A decade since its debut, his trajectory is the subject of folklore, largely due to a polarizing, outlandish demeanor. Regardless of how naysayers feel about his person, Kanye’s staying power is propelled by a creative mind that continues to command attention. Orchestrating acclaimed moments not limited to Watch The Throne and My Beautiful Dark Twisted Fantasy, his passion for progression is often confused for insanity—a true sign of artistic genius. Here are ten ways Kanye West changed the game.

Prior to The College Dropout’s release, Kanye West held a strong belief in the power of his Rap dream despite being dismissed by his associates at Roc-a-Fella Records. Taking matters into his own hands after an ill-fated car accident left him hospitalized, “Through The Wire” was the watershed moment to establish his worth as more than just a producer. Detailing his tragedy without his speaking faculties intact, the grassroots song and accompanying video played big parts in officially setting his solo buzz into motion. A unique concept for someone with immediate access to Jay Z in the early 2000s, Kanye has done things his way for some time now.

Having the gall to go against the grain without a violent or troubled past, The College Dropout’s story made Kanye West a star almost instantly. Relatable to anyone with lofty goals and hopes of bettering themselves, the album spoke to the concerns of everyday people at a time when Hip Hop icons pretended to be immortal. Songs like “Spaceship” and “Last Call” captured hearts and minds, while “All Falls Down” confronted materialism without judging anyone who was susceptible. By the fall of 2007, Kanye would dethrone 50 Cent as Graduation outperformed Curtis, a change in the industry that made it possible for Kendrick Lamar’s left-of-center ambition to take flight.

Embrace Of Spirituality In His Music

One of his braver feats, Kanye West never made a secret of his (occasionally complex) relationship with a higher power. Feeling a greater responsibility than the all too familiar awards show thank you mention, “Jesus Walks” was a drastic measure that separated him from the pack. Considered radical at the time, The College Dropout brought elements of church to the mainstream including gospel choirs on “I’ll Fly Away” and “Never Let Me Down.” He appeared on the cover of Rolling Stone in 2006 sporting a crown of thorns and dared to name a song “I Am A God” on his most recent album Yeezus, so it’s safe to say this consistent focus helps him tap into greatness. Where some would say Kanye carries a persecution complex, his passion is shared today by the likes of No Malice and Lecrae, both building platforms around their religious beliefs.

Prior to Kanye West’s arrival, Hip Hop was very much a battle between the haves and the have nots (better known as the underground vs. the mainstream), without paths commonly crossing. With his debut, Kanye recorded alongside friends from both sides of the fence including Jay Z, Freeway, Mos Def, Talib Kweli, and Common. Often operating in different worlds simultaneously, Kanye’s diversity found him collaborating with artists not limited to Jeezy, Rick Ross, Cam’ron, Nicki Minaj and Game. Having celebrated Chicago drill scene rappers including King Louie and now reported to be working with the up and coming Atlanta sensation Young Thug, Kanye has always been on the pulse of what’s next in the Rap genre.

Perhaps the most fascinating and alarming part of Kanye West’s prominence has been his general lack of a filter. Becoming a beacon of light for the lesser heard, like the victims of Hurricane Katrina, he then went on to decry Taylor Swift’s victory at the 2009 MTV Video Music Awards, a stunt that found America divided on whether he was a treasure or a maniac. Since then, Kanye has fought for the respect of his fashion aspirations and everything else he holds dear, such as the artistry of Pusha T, preaching to a crowd already in eager attendance last year at the My Name Is My Name listening party. This same jarring self-confidence was the catalyst that willed his earliest work into existence when few wanted to hear him rap.

Closing out his heralded effort Graduation with “Big Brother,” Kanye West’s long running respect and affection for Jay Z was as clear as any other topic he’s conveyed in song. Having had the chance to work with Roc-a-Fella since 2000 on the label’s Dynasty: Roc La Familia compilation, it was the following year that would make the fresh talent and his hero inseparable. The Blueprint allowed Jay Z the chance to bear his soul, a cohesive effort widely considered one of the best in his discography. On The Blueprint’s double disc sequel, Jay Z returned the favor by giving Kanye his big rapping break on “The Bounce,” a key moment that preceded their work together on The Black Album and Kanye’s sizeable contribution to the third part of the Blueprint series in 2009. Most notably, their chemistry came together on the experimental project Watch The Throne, an album unlike anything either of them had attempted prior. Without Kanye West’s continual influence, Jay Z could have become stagnant musically and unable to reinvent himself as he has over time, most recently on last year’s Magna Carta…Holy Grail.

No stranger to introspection, Kanye West rarely hides his pain from the public eye. Proof positive of The Notorious B.I.G.’s “mo money, mo problems” adage, fame hasn’t been so kind as to lessen his burdens. Sorting through the death of his mother and a long-term relationship gone sour, 808s & Heartbreak was a compelling and entertaining package that pushed the limitations of the then thriving Autotune technology. Though many credit T. Pain as the innovator of this technique, Kanye channeled Roger Troutman’s similar vocoder effect on The College Dropout’s “New Workout Plan” and “Graduation Day” skit (with earlier respect owed to Tupac’s “California Love”). Also, logic could stand to reason that the sensitivity found on 808s opened the lane for Drake’s So Far Gone the following year as the then newcomer rhymed over the instrumental track to the album’s opener “Say You Will.”

A running theme in Kanye West’s music has been his hometown of Chicago. Whether celebrating it on Graduation’s “Homecoming” or lamenting its crime rate on Watch The Throne’s sobering “Murder To Excellence,” he rarely spares an opportunity to mention the Windy City’s influence. As an ambassador for the Chi, The College Dropout’s success brought the spotlight to fellow natives such as Rhymefest and GLC, also giving Kanye the stage to boost the careers of established acts including Common, Do Or Die and Twista. With Chicago being recognized as a hotbed of Hip Hop talent, its latest artists have been able to offer dual perspectives on the city’s ills, leading examples including Chief Keef’s glorification of warfare and Chance The Rapper’s hope for brighter days.

His Role As An Elder Statesman & Fashion Icon

Wielding his power as one of today’s foremost tastemakers, Kanye West’s stamp of approval holds weight in a scene largely built on cosigns. Shining favor upon freshmen the same way Dame Dash and Jay Z eventually gave him the baton, he made Big Sean a star player on the G.O.O.D. Music roster and accelerated Chief Keef’s quick start by remixing “I Don’t Like.” Using his name to promote a love for fashion, Kanye has become an icon of sorts as a key figure bringing more light to brands including Givenchy, Been Trill and Pyrex along with customizing his popular Nike Air Yeezy series. Once jokingly referring to himself as “Martin Louis The King Jr.” with regards to his Vuitton obsession, his desire to break new ground can’t be understated.

Kanye West is now at a place where corporate marketing needs him more than he needs it, rolling out last year’s Yeezus in an unconventional manner by showing the video for “New Slaves” on random walls across the world. While not quite able to produce the album out of thin air as Beyoncé recently did, Yeezus’ complete lack of artwork seemed to go over better than when Mos Def attempted the same thing with True Magic. Having set his plan for domination into effect with The College Dropout in 2004, he will continue to excel at whatever he sets his mind to. Not only does he have the brash self-esteem necessary to lead Hip Hop culture, his followers back his every move. Now that he’s an infamous staple of our times, Kanye’s impassioned rants and confrontational run ins with paparazzi stem from the same emotion that forced his fight to be heard back in Baseline Studios. As his former competitor 50 Cent once stated on record, “Hate it or love it, the underdog’s on top” and while we don’t know what the immediate future holds for Kanye West, the contributions he can lay claim to assure the rollercoaster that is his career has no reason to arrive at a halt any time soon.

Jesse Fairfax has contributed to HipHopDX since February 2012. He lives in Los Angeles and is the founder of GoInRadio.com. Follow him on Twitter via @goinradiodotcom.