LeBron James joined GQ, Samsung Galaxy and Beats by Dr. Dre for an event celebrating the March issue of GQ Saturday February 15 at the Ogden Museum of Southern Art in New Orleans. The event featured performances by The Roots, Rick Ross and Juvenile, among others.

During the event, LeBron James, who appears on the cover of GQ’s March issue, joined Juvenile onstage for a rendition of “Back That Azz Up,” a selection from Juvenile’s 1998 album, 400 Degreez, which was released through Cash Money Records. During this performance, Juvenile gave LeBron the microphone and James rhymed along to the track.

Instagram clips of the performances can be viewed below, via Bleacher Report. GQ’s March cover can be found below the clips courtesy of GQ. 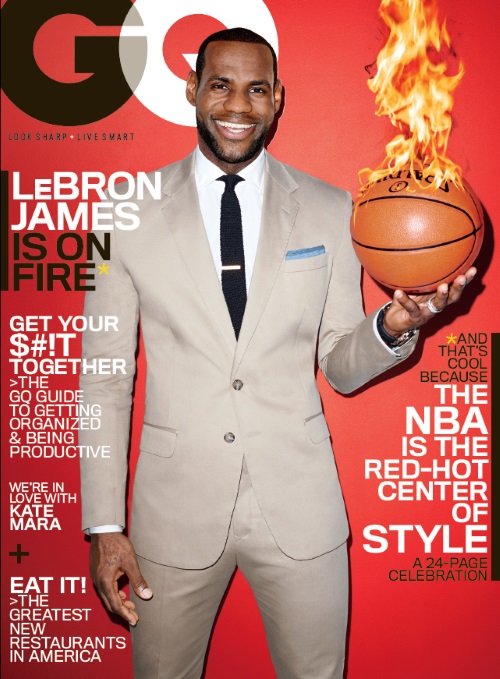