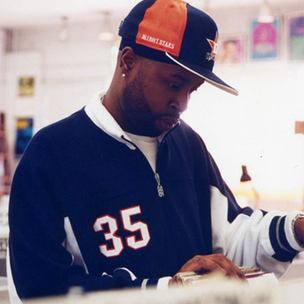 Having just crossed seven years since the untimely passing of J Dilla due to lupus-related medical complications, his thorough list of productions lives in the hearts of long-established fans and late adapters who jumped aboard once the afterlife greatly bolstered his legend. Much like the Notorious B.I.G. and Tupac, unreleased and unheard recordings have kept his spirit alive, additionally exposing his quiet genius rather than simply capitalizing off of prior acclaim. The unfortunate byproduct and cost of more fandom has been the varying controversies splitting his home town of Detroit and those closest to him, all clinging to the past or out to further their own agendas with Dilla’s name attached. Has his death become a gift and a curse with the newfound appreciation for his innovative dedication accompanied by ugly business strife?

At a pivotal moment when the so-called “jiggy” era threatened to poison minds with luxurious tales of materialism and wasteful living, J Dilla played a considerable role in the good fight to retain the grit of Hip Hop. Where his own crew Slum Village would go on to put an alternative spin on the idea of a progressive approach with the brash yet smooth Fantastic, Vol. 2, his beats breathed life into the likes of veterans including A Tribe Called Quest, Busta Rhymes, De La Soul, and The Pharcyde, in turn captivating rookies. Going on to forge a great creative relationship with Common on the albums Like Water For Chocolate and Electric Circus as a part of the Questlove helmed Soulquarians crew, Dilla’s versatility flourished as his solo debut Welcome 2 Detroit and Jaylib’s Champion Sound (a collaborative effort with Madlib) boosted his presence within the underground.

Once irreversible illness set in, Dilla’s final opus, Donuts preceded his earthly demise by a mere three days, almost instantly elevating his status to that of an infamous deity. The advent of the Internet’s piracy age turned the next few years into a frenzy with rarities, bootlegged beat tapes, reissues, and endless homages from peers and vulturous ambulance chasers. All of the above created a sudden, mad rush for his wealth of undiscovered and previously ignored music. This hoopla included a leak of the formerly shelved Jay Stay Paid (originally scheduled to come out on MCA Records), Ruff Draft being taken from its vinyl format to CD, The Shining (unfinished and completed by the closely-affiliated Karriem Riggins), Jay Love Japan and Yancey Boys, a project with Dilla’s beats given to younger brother Illa J. These albums had notable features such as Blu, Miguel, Havoc, Black Thought and Pharoahe Monch amongst others, and the general praise they received was a sign of respect for the recently deceased.

Hold Tight: What To Make Of Slum Village After Dilla’s Passing

In the wake of Dilla’s absence, Slum Village’s T3 carried the group’s name by aligning with a rotating assortment of familial solo acts under the unit he formerly shared with Dilla and Baatin. A clash with the aggressive battle rapping Elzhi led to his exodus from SV in 2010 just a year after Baatin became the second of Slum’s original members to pass away, leaving the group’s perception in the minds of some in utter disarray.

“Here’s the thing about Slum Village and about Dilla,” T3 said, while speaking to the responsibility of taking charge. “Being that we’re the first of our kind from Detroit, and a lot of people supported us on the come up, everybody feels entitled to have an opinion about how things are supposed to be done. It’s a lot of pressure on me keeping the Slum Village name going. I understand criticism, and I’ve definitely dealt with a lot. We’re gonna get that…that’s the music business. To be frank, it’s only about 30 of us who made it out of The D successfully, there’s not a bunch of us like New York or LA or the South. It’s about 10 of us, so that makes everybody feel like they have a say so.”

Perhaps his intent here is to resurrect the feeling of what he helped build nearly two decades ago, but some fans and some who were near and dear to the group’s beginnings have deemed this staunch insistence opportunistic, self-serving and ultimately damaging to the original brand. To me, Slum Village now feels restructured, and I would consider Dirty Slums 2 less than stellar.

Stakes Is High: The Partnership Of Ma Dukes And Jonathan Taylor

One of the more bizarre aspects of this circus has surrounded the battle for Dilla’s estate and legal rights towards using his name and likeness. Former executor Arthur Erik found himself at odds with Dilla’s mother, Maureen Yancey (aka “Ma Dukes”) in a tug of war, as he attempted to clamp down on money being earned from side projects that could have financially benefitted the family. Left in debt from her son’s medical bills, Mrs. Yancey and Dilla’s surviving kin could generate no income from his music. The nasty squabble resulted in a January 2010 announcement on j-dilla.com making probate attorney Alex Borden administrator in charge. With this change also came the establishment of the J Dilla Foundation, a non-profit organization that has gone through a world of upheaval since its inception, setting out to provide funding for music education and Hip Hop academia in particular.

Another business with ties to all things Dilla has been the Yancey Media Group, run by CEO Jonathan Taylor with Ma Dukes as a senior officer. With its own informational site at officialjdilla.com, Taylor’s company has been the target of the greatest backlash, seen by some to be scraping the bins to cash in on the already exhausted trend of posthumous merchandise sold to anyone interested in the prolific producer’s catalog. Nearly the only openly vocal naysayer, Dilla’s close friend Detroit ambassador DJ House Shoes aired out his grievances with Taylor, Mrs. Yancey and their Rebirth Of Detroit LP in an interview with HipHopDX last June.

“Basically the cat that put that shit together, Jonathan Taylor, is a joker,” offered House Shoes—never one to mince words. “I gave him a list of cats that should be on the record and left it that. I said, ‘As y’all record these songs, send them to me and let me help A&R the shit, because I know what Dilla would have wanted to go down.’ He was like, ‘Nah, dont worry about that, I got this.’ I sent him a zip file with 20 beats, he called the next day asking for five more beats, and I sent five more. I gave you the 20 hottest joints, and you made a disposable-ass mixtape out of it. There’s definitely been more than a few people that shouldn’t be involved, and if Dilla was still here he never would have done no Rebirth Of Detroit album. If you’re gonna be doing shit with Dilla’s music, the number one most important factor is staying true to what he would have done.”

Speaking to Ma Dukes’ involvement, Shoes said “My mother knows I make music, but she don’t know a damn thing else besides that. If I leave this earth tomorrow, I don’t want her in charge of any of that shit, I want all my boys who I fucked with on a regular basis and my core circle to be in charge, because they have a strong knowledge of the music that I have on deck. They know how I would like that shit to be presented to the world.”

A more current development to set off alarms with House Shoes and others was her selling pieces from Dilla’s record collection online, presumably to help make ends meet as her bottom line has little regard for potentially offending those who take issue with her actions.

“I trust what Mrs. Yancey is doing,” added T3, who has gone on the record running contrary to the opinion of Shoes, staying diplomatic and loyal to the family’s choices. “Illa J is a big part of those decisions, and now so is Frank Nitt (of Frank-N-Dank, a duo who often worked close with Dilla). I just try to stay out of it unless they ask me for certain things, because I’m always here to help. I feel like there’s still a lot of music to be heard. There’s still joints out there that I know of that nobody has heard; he still has music because he did so much work. Sometimes it takes time to get it all the way together—especially when you’re working independently by yourself. But I’m not mad at how things are being done right now. I like [Music From] The Lost Scrolls (a just released EP), I like the way they presented that record. If people ask me personally, I’m not upset about any of it. I’m not a part of it, but I definitely support it and I’m here to support them in whatever way they need me.”

Only One Can Win: Lucrative Business Versus Considering Dilla’s Legacy

As somewhat of a diehard Dilla fanatic, I’ve taken many of the later works as an insult to the man’s passion and musical gift. Much like my approach to commercial radio, I made the conscious decision to not hear the Rebirth Of Detroit LP considering the drama involved, and I have yet to backtrack here. Though a fair critic would lend an open ear before taking a stance, I couldn’t stomach the thought of a legend’s heart and soul being tampered with unwittingly. Rappers have compromised their sound as far back as Big Daddy Kane’s A Taste Of Chocolate album, but Kane chose to switch his style up on his own volition. Biggie made “Juicy” (albeit likely under duress), but his feel good rags to riches story and its formerly ingrained beat were decisions he stood by to build momentum for his debut. The song performed well and received far greater consideration than Born Again and Duets: The Final Chapter—both desperate attempts to squeeze whatever support Bad Boy could out of fans.

If the Yancey Media Group and other corporations limited themselves to selling special editions, box sets of material actually made by Dilla and the like, the well would eventually run dry. But the visions of one James Yancey would be accurately reflected throughout time. What we’re left with is a following of newer converts and older diehards surely confused as to the authenticity of the latest available Dilla products, united through love of the art and divided in their fervor for seemingly pieced-together leftovers. Annual celebrations include Detroit’s Dilla Day and parties in New York, Los Angeles and other metropolitan cities. These reflect ongoing respect for all he accomplished while here, and give a number of sources inspiration to churn out material so as to carry the torch and get paid in the process.

No matter how different their philosophies, Ma Dukes, T3 and House Shoes (playing a role in the just announced Dilla LP The Diary, rumored to be quite similar to the aforementioned Jay Stay Paid bootleg) share the common cause of vested interests in Dilla’s craft, each with their own interpretation and spin on what newly packaged music from him should or would sound like. This proves the continual battle of creativity versus commerce rages on, sometimes leaving primary composers and authors helpless to potential mismanagement in the distribution of their blueprints. The pertinent questions here remain, whose end goals are rooted in respecting the memory of a loved one as opposed to the selfish pursuit of profit? Is it in fact disrespectful to reinterpret Dilla’s sound? And how much longer will Hip Hop support ventures that the artists weren’t able to sign off on?

Jesse Fairfax has contributed to HipHopDX since February 2012. He lives in Los Angeles and is the founder of GoInRadio.com. Follow him on Twitter via @goinradiodotcom.