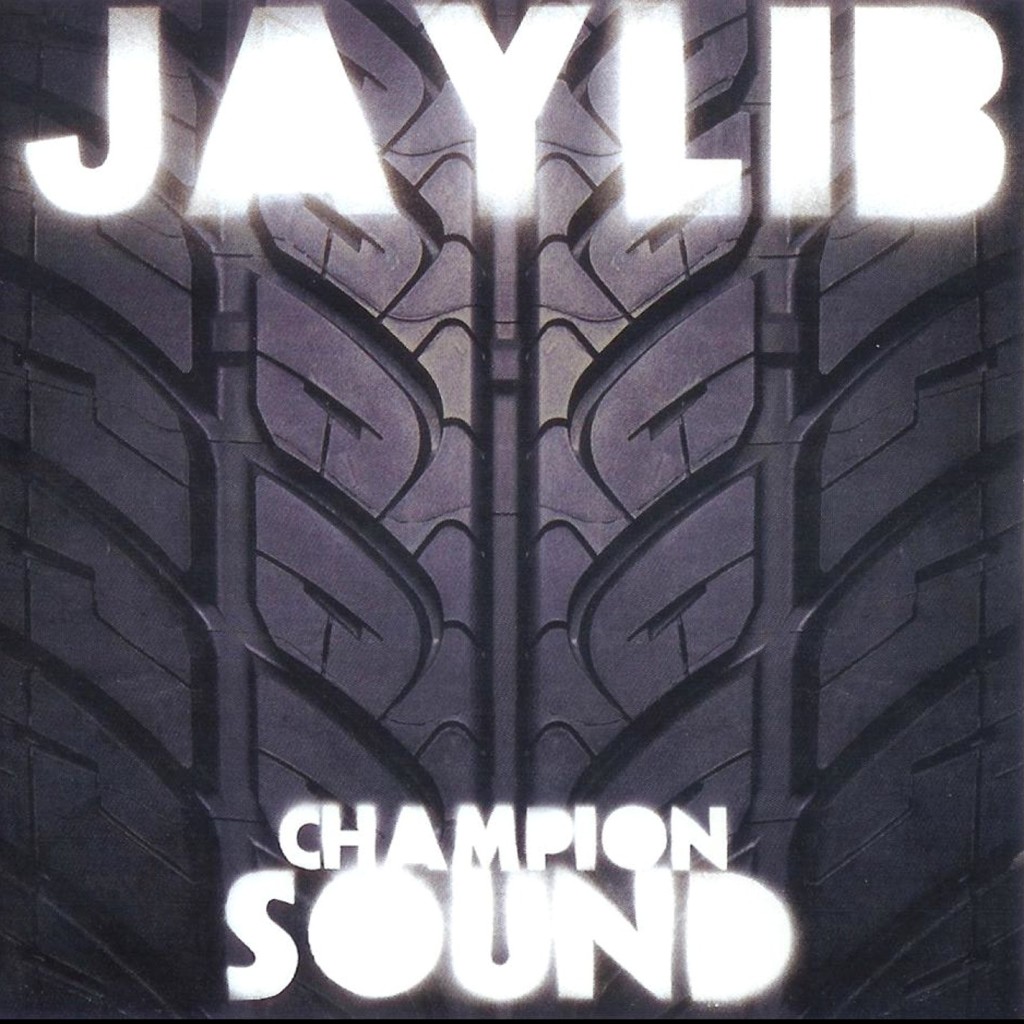 The Jaylib project was one that seemed too good to be true at first, as these super group ideas rarely come to fruition. Yet, here we are with “Champion Sound,” courtesy of LA’s Madlib and Detroit’s Jay Dee. Both fit the profile of producer/emcees, but are rather light on the later and stunning on the former. Their similarities end there, though, as both have taken very different paths to get where they are today.

Perhaps hip-hop’s, or music’s, most prolific producer, Madlib has had his hands in more projects than you can shake a stick at. You may be familiar with the Stonesthrow mainstay from production work on early Liks albums, his anchoring of Lootpack’s “Soundpieces” in ’99, his alter-ego Quasimoto’s opus “The Unseen” in 2000, his one man band “Yesterday’s New Quintet,” his incredible “Shades of Blue” jazz remix project for Bluenote. Regardless, the man who is constantly blunted in the bomb shelter has become of this genre’s best producers.

After lacing Pharcyde with some bangers for their 1995 “Labcabincalifornia,” Jay Dee hooked up with A Tribe Called Quest in 96 to help deliver their first album in three years. “Beats, Rhymes & Life” and later “The Love Movement” were pegged as massive disappointments from Tribe and Dilla was often blamed. As time passed and he caught everyone’s attention with Slum Village and “Fantastic Vol.2,” people started to realize just how good his production was. No longer with Slum Village, Dilla has become one of Hip Hop’s most acclaimed beatsmiths.

On with the show, the concept is simple. Madlib produces and Dilla rhymes. Next track, Dilla produces and Madlib rhymes. Alternate, repeat. Somehow, despite drastically different styles – Madlib’s dusty loops and blunted bass lines and Jay’s trademark drums and handclaps – this album is tremendously cohesive. Just check the compatibility from Jay’s vintage “Nowadayz” with the Beat Conductor’s experimental (and hella raw) “Champion Sound.” To no surprise, this album is really about the beats. Going back and forth and trying to decide who comes nicer is a task in itself. Dilla brings one of the best beats of his career with “The Red,” a ridiculous banger that would get any club open. “Starz” bangs in a similar vein and packs an infectious vocal sample. The bad kid does his thing on “Heavy” with its mesmerizing bass line and is in true loop digga form when the horns blare on “The Official.” Each provides an Indian-flavoured offering with “Strip Club” (Jay Dee) and “Survival Test” (Madlib). Jay Dee brings pure fire with the thumping “The Heist” and Madlib comes just as nice on “No Games,” although it was more than Dilla could handle on the mic.

Though possessing likable personalities on the mic, neither Madlib nor Jay Dee is gonna make your head spin with their lyrical prowess. The steady influx of guests is quite welcome as a result. Frank N Dank join Dilla over a choppy Madlib banger on “McNasty Filth” and Talib Kweli sounds right at home with Madlib over Dilla’s bugged out synths on “Raw Shit.” I can’t forget the appearance of Madlib’s alter-ego as Quasimoto’s helium induced delivery meshes well over one of Jay’s more experimental offerings. “The Exclusive” is where it’s at though as Madlib drops a beat perfectly tailored for Percee P’s machine gun flow.

This truly is a “Champion Sound.” Two tremendously talented producers with very different styles just throw it all in the melting pot and have cooked up something tasty. Many doubted if this collaboration would sound as good on wax as it did on paper, but the meeting of these two minds proved worked better than I had hoped. The contribution of each artist is clear and the blending of those contributions is what champions are made of.