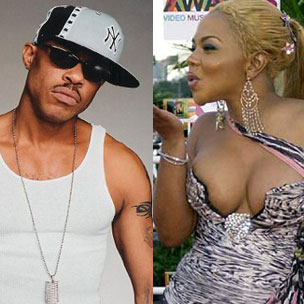 Things move so quickly in the current web-driven climate of Hip Hop, that the old cliché about missing something if you blink is almost true. The advent of SoundCloud, Band Camp and affordable computers and software that can produce almost studio-quality sound means an abundance of shitty music and an oversaturation of blogs and websites to cover all of it.

In the interest of keeping up with the times and partially amusing both you and ourselves, we’ll begin taking a look at the week’s biggest stories and weighing in what they mean within the larger context of Hip Hop culture.

“Niggas know the time when Quest is in the jam / I never let a statue tell me how nice I am.” –Phife Dawg, “Award Tour”

We know. You figured by now, Hip Hop had made enough of a cultural and economic impact that when a figure as large as Keith “Guru” Elam passes away, the Recording Academy would recognize his contributions and honor his legacy. Wrong. Let’s not forget that during its first year in 1989, DJ Jazzy Jeff & The Fresh Prince’s Grammy for “Best Rap Performance” wasn’t even televised. For all the criticism of their “sanitized” or “too mainstream” brand of Hip Hop, Jeff and Will took a rather militant stance on the first of what would be many snubs of Hip Hop by the academy—they boycotted the ceremony.

Jeff told the Los Angeles Times he was “more than happy to accept [the award]. I’m not as happy as I could have been…[this] detracts from the excitement of the award.”

In a nutshell, mainstream culture has always been happy to borrow from Hip Hop when the need arises. Paying respect to Hip Hop as an art form and a cultural movement is an entirely different thing. That’s our job as fans and active members within the culture. Actions such as Sunday night’s omission only reinforce the fact that some things haven’t really changed since 1989.

If you were to create a portrait of Kanye West’s G.O.O.D. Music roster, suffice it to say this year’s edition would need some heavy Photoshopping to even remotely look the way it used to. Artists such as Sa-Ra Creative Partners have gone on to do their own thing, while people such as Really Doe and Fonzworth Bentley have nearly faded into obscurity and been overshadowed by the likes of Kid Cudi, Cyhi da Prynce and Big Sean.

Consequence has been a mainstay since the days of “Spaceship.” As the following bars from “Man Purses” show, Cons isn’t shy about calling out his fellow crewmembers, including Kanye, if he feels the need.

“A lot of leaders expect followers / To be yes men cock-suckers and swallowers / But the problem was / I wasn’t made to quit / I’d rather rock the boat / And make the sailor sick / And the one common thread that’s in the tailor’s kit / Is my crew ain’t been the same since Amber Rose and Taylor Swift.” – Consequence, “Man Purses”

Consequence added another layer to the story by saying Pusha T’s “My God” blatantly stole a bar from his track “The Last Supper.” The fact that he mentions all G.O.O.D. Music affiliation in the past tense during his explanation to KarmaLoop TV only made it more interesting. I guess I need a late pass. After hearing “Chain Heavy” last year, I assumed he was still in G.O.O.D. Music, when that may or may not be the case.

Lil’ Kim’s continued shots at Nicki Minaj were by far the biggest story of the week. The current chapter of this beef began with Kim dropping her Black Friday mixtape. Like most mixtapes, Black Friday was initially marketed online. But instead of being a free, promotional tool, any official Black Friday links only led to a PayPal account, requiring a payment of $9.99. Additionally, physical versions of the tapes were mailed to each customer.

Viewed purely as a diss song, “Black Friday” is actually quality material. Kim makes some valid claims, and her delivery sounds better than it has in years. Aside from essentially sounding like sour grapes, my biggest gripe was that she used way too many Jay-Z lines instead of coming with her own original material. But you can accuse dozens of rappers of the same thing if you want.

The PayPal, mailing part of this story seems to hint at the real issue here. If you want to take the feminism route, Kim taking all the profits from her latest effort and cutting out the middleman is empowering. But when you’re famous for lines like, “I used to be scared of the dick / Now I throw lips to the shit / Handle it like a real bitch” then talking about female empowerment can be a slippery slope at best.

The fact that Kim and her team are still snail-mailing out mixtapes in 2011 speaks to the issue of ageism. Let’s temporarily pretend that PayPal actually has a way of verifying 113,000 people were willing to pay for an item not listed on eBay. Last year, only 1,215 albums sold more than 10,000 copies. Do you really think 74% of Kim’s Twitter followers bought this tape? It’s not only that Kim’s math is probably more off than Foxy Brown’s on “Affirmative Action.” To me it’s more about what the need to put out those false numbers mean. A true legend doesn’t need validation from anyone reaching for the crown.

Millie Jackson wasn’t talking shit about Kim in the ‘90s, despite the fact that Kim was clearly influenced by her style. Lil’ Kim could have taken the way Nicki Minaj obviously used elements of Kim’s style as flattery. She could have used Nicki’s current popularity as a way to make herself relevant again. To me, the falsified numbers sound like a desperate plea. It opens up a whole new argument about when and if rappers should step aside and make way for the next generation. The worse part about all of this is, by the time these “Black Friday” mixtapes arrive in the mail (assuming Kim’s team is using US Postal Service First Class shipping), most of us will have moved on to a more interesting beef.

In the middle of the week, four bullets hit Waka Flocka Flame’s tour bus during a stop in North Carolina. There were other cars in the vicinity, and hypothetically, the shots could have been intended for any of those other vehicles. Hypothetically. I’ll admit that with the right amount of alcohol and/or adrenaline in my system, I’ll listen to Waka Flocka Flame. But I’ve never analyzed his lyrics to the point of hearing him openly admit a gang affiliation the way Snoop Dogg, Lil Wayne or Game has.

Regardless of whether Waka openly claims to be a Blood or not, he makes a point to dress in predominately red outfits. He poses for pictures with Suge Knight, and people from his entourage throw up sets in his videos. Go ahead and add that in December, Henry County, Georgia police charged him with violating the state’s “Criminal Street Gang and Terror Prevention Act.”

What you get is a perception of someone who is gang affiliated. That would be fine if Waka and is mother/manager Debra Antney didn’t go out of their way to use every attempt to say, “Waka’s not gang affiliated!” When you purposely create the image of an active gang member, don’t be surprised if you get shot at and various news outlets call you one.

That does it for this weeks edition. Not that you need any prompting, but as usual, sound off in the comment section with any of your own gripes, opinions and suggestions. As the calendar flips, we’ll sound off on next week’s happenings within the Hip Hop world.