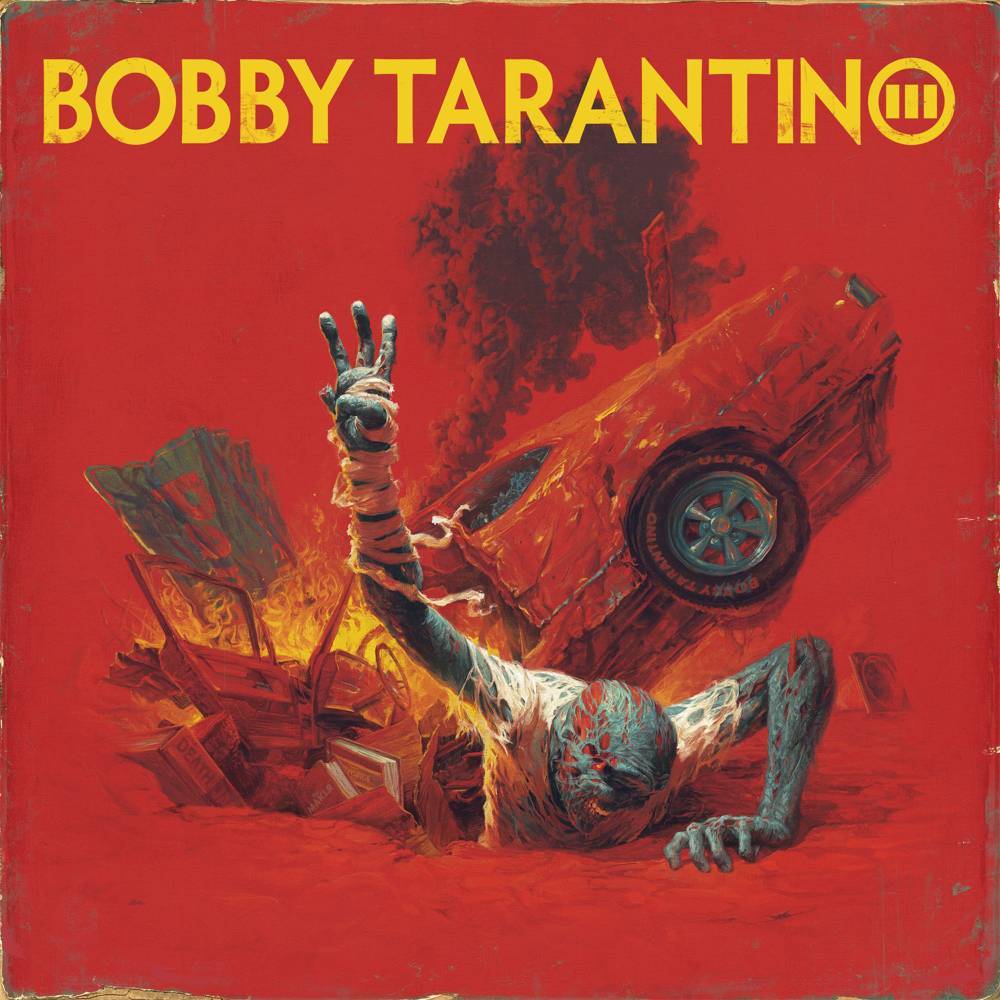 Logic claimed he was retiring from rap following the release of 2020’s No Pressure, which would have put the cap on a six-year Def Jam run that produced six studio albums and a handful of mixtapes along the way.

But unsurprisingly, the bespectacled rap nerd reemerged in 2020 with a project called Planetory Destruction under the alias Doc D. The album was a throwback to the golden age of Hip Hop that he so desperately clings to and contained features from some of the era’s top tier artists at the time — Del The Funky Homosapien, Ghostface Killah and Tony Tone, to name a few.

Then in April, Logic announced he’d formed a super duo with prolific producer Madlib called MadGic, a portmanteau of their monikers. With the industry seemingly at his fingertips, Logic was poised to deliver what could’ve been a dream project for Hip Hop purists everywhere — Madlib beats, high profile guests features from Hip Hop legends and the Def Jam stamp of approval. But instead, he gave fans Bobby Tarantino III, the third installment in the Bobby Tarantino mixtape series.

From the pointless album opener “Introll” — which finds him just saying, “Yeah, yeah, hey, yo, 1, 2” a ridiculous number of times to the predictable “get off my dick” anthem “Vaccine,” this album is largely forgettable.

But perhaps the most flagrant quality of the project is Logic’s tendency to unapologetically bite other artists, a theme consistent throughout his career. The Doc D superhero alias? MF DOOM did it first. His flow on the trunk-rattling “See You Space Cowboy?” Sounds like he’s consciously trying to emulate Kendrick Lamar. Going to the middle of nowhere to record his next and final project for Def Jam? Kanye West.

Even when he’s trying to sound emboldened on the woozy, guitar-ladened “Get Up” with the lines, “I’m too up, like a layup/I walk up in Def Jam like ‘Fuck y’all, pay up,” it comes across as disingenuous. Despite his platinum numbers and the clout that presumably follows, it’s impossible to envision Logic coming at anyone — especially label executives — with that kind of destructive energy.

But Logic gives brief insight into why he might perpetuate a phony image on the subdued yet pleasantly breezy “Theme For The People” in which he raps, “I get introspective on a record with a message deep in the lyrics/But after a while, that shit get depressing, they don’t wanna hear it/They just wanna turn up so that’s when I come back on that Bobby Tarantino/Counting money, sipping vino shit/It’s how we stay relevant to the young.” He then admits he’d “rather be rapping on breaks/But whatever it takes to get to the young.”

In spite of Logic’s best efforts to conform, the beats he chooses to rhyme over, this time largely produced by 6ix and MTK, are the only elements that slightly set him apart from the homogenized rap that currently dominates the mainstream. But that’s neither a good or bad thing in this case; many of them fail to hook the listener and fade into obscurity faster than he came out of retirement.

There’s also no territory here that hasn’t been explored before — “Call Me” is a blatant recycling of his Top 5 Billboard Hot 100 hit “1-800-273-8255” and finds him, once again, being that proverbial shoulder to lean on. Not to say that isn’t admirable — we all struggle — but at this point it feels more like a crutch he uses when he has nothing better to say.

Logic’s biggest issue is no matter what he does, who he works with or how many syllables he’s able to rattle off in a single bar, there’s no escaping his penchant for corny raps. Hearing him pontificate about “pussy” on the incredibly flat “Flawless” (that comes with a chorus stolen from TLC’s “Waterfalls”) is cringeworthy and feels like another attempt at trying to be someone he’s not. Needless to say, this one could’ve been left in the vault as he prepares to fire off his final Def Jam album.

Let’s just hope he saves the best for last — at least for his fan’s sake.

Logic.!!! Lol this dude. I gotta stop fronting on bro. Man was WASHED for like 4 projects in a row. But this Bobby Tarantino series has honestly become somewhat special to me. What a come back. Iss only one song I don't like out of 10. What a tape. Wow 😭👏🏿🙌🏿🙆🏿‍♂️ #BobbyTarantinoIII

Bobby Tarantino 3 is not it and I love Logic 😭💔

Forgot this in the drafts:

I felt bad for a year that I never wrote a review of Logic’s “final” album. It was a really nice sendoff with some pretty great bops. But now with Bobby Tarantino III, it’s a display of rushed, basic beats and an unwillingness to let good things lie.