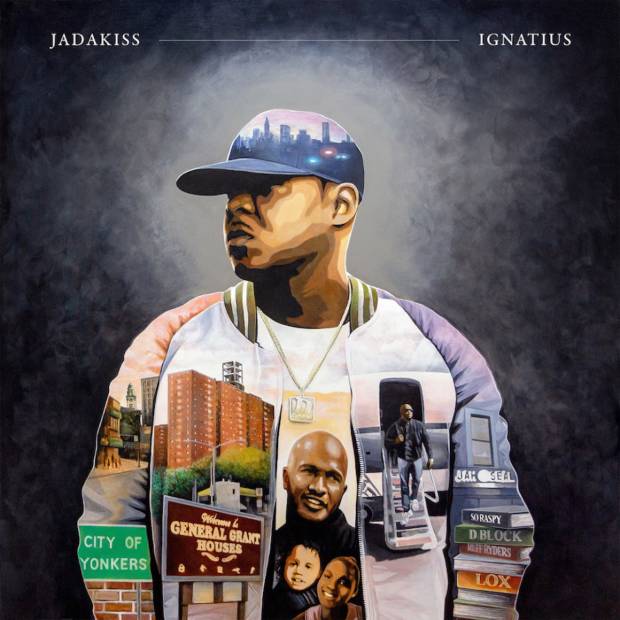 Few artists can lay claim to the kind of respect as a lyricist that Jadakiss manages to maintain. Coming off of 2015’s Top 5 Dead or Alive (an album drenched in a celebratory tone), the Yonkers legend was looking to take yet another victory lap. Then the unthinkable happened: his longtime friend Jay “Icepick” Jackson lost his silent battle with cancer.

The two years that followed were an odyssey of mourning and overcoming, which Kiss attempted to capture with Ignatius, a 13-song LP dedicated to the memory of Icepick — a producer and A&R who had a hand in all four of Kiss’ previous solo efforts.

Maintaining steam across a celebration of life isn’t an easy task — especially when the subject of celebration was more of a behind the scenes figure with whom many listeners may be unfamiliar.

Kiss handles this task well, diversifying the subject matter and trading verses with guests like Pusha T on one of the brightest moments “Huntin Season” and Rick Ross on the toast to life that is “Kisses To The Sky.”

However, it’s a double-edged sword. Introducing more of the same old as well some rather generic production makes for a listen that at times feels forgettable.

A grand example of this is “Catch & Release” and the Ty Dolla Sign featured “Need Your Best.” Then there’s “Angels Getting Pedicured,” where Kiss and 2 Chainz drop overwhelmingly uncreative bars that feel like variations of the same stuff they’ve both said a million times.

Where the album hits is in its humanity; Kiss attempts to satisfy too many sounds, perhaps, but the theme of loss is omnipresent. It’s bigger than just Icepick, also. Kiss seems to be dealing with the fallout of his relationship with the mother of his children (whom he said in a 2015 interview he planned to marry). He explores it on the John Legend featured “I Know,” as well as makes reference to it on “Catch & Release” — calling the breakdown the reason for his insecurities when it comes to love.

He also examines the loss of friendship as a result of the 2009 drug bust at his home — which the rapper had no involvement with — on the song “Keep It 100.”

Ultimately, while the album can get introspective and quite personal, the moments are buried under music that feels slightly unsure of its audience. It’s things he’s done before, and (for the most part) better. For example, another standout gem on the tracklist “ME” feels a lot like an upbeat stylistic rehash of “By Your Side.” Not that it’s terrible music — it isn’t. In a few instances quite the contrary.  It just isn’t the wall to wall classic fans may be hoping to get from him at this point.

But really, that was never the point of Ignatius.

Originally started before Icepick passed, the album was built around him and his energy, as well as collaborations and ideas he had always wanted his longtime friend to explore.

“I want to give some of the proceeds to his kids and have some closure,” Kiss told HipHopDX last November.

In context, Ignatius was a thing he did out of respect to get through a difficult period in his life. We all mourn differently, but as this project demonstrates, things get better. Classic or not, it’s impossible to ignore its charm from that perspective.