Review: 2 Chainz's "Rap Or Go To The League" Narrowly Misses The Finals 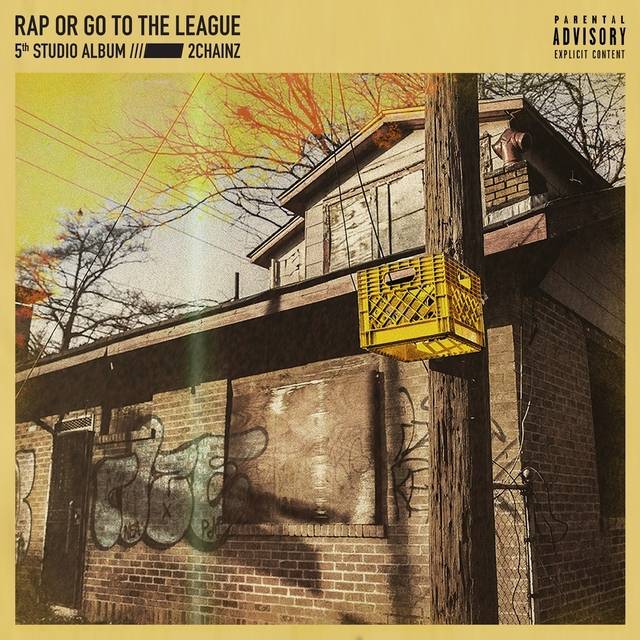 Somewhere in the last couple of years, 2 Chainz realized his too-cool-for-school and latchkey demeanor had overshadowed his superior mic skills and he began to take action.

His latest offering, the oft-disjointed Rap or Go to the League, pads his discography with a bevy of new stage-ready material but won’t be the reason for his come-up all the same.

Ironically, the album’s diversity is also its handicap, as the musical selections are segmented in incongruent blocks. The project revs up with a flurry of soulful standards designed to lay claim to his lyrical abilities. On “Threat 2 Society” (notably scored by 9th Wonder), Chainz’s effortlessly skates on the dreamily chopped sample with streams of consciousness usually guarded by his golden necklaces. In all actuality, the album opener’s — the Marsha Ambrosia-helmed “Forgiven” — is a rare invite inside his real-life, as he retraces the sins that led him to salvation atop a trap gospel hymn.

From there, Rap or Go to the League reverts back to Chainz’s layup drill with the expected bangers. Kendrick Lamar and Travis Scott’s features on “Momma I Hit a Lick” and “Whip,” respectively, make for interesting pairings without necessarily making for interesting product. The best of the bunch comes courtesy of “Statute of Limitations,” where he revisits his Tity Boi days of supplying well-known rappers with guest appearances — and gas — all the while 30 Roc layers the record with enough bass to disrupt the work in the trunk.

While Chainz’s level of authenticity remains intact throughout the album’s duration, the commercial ambitions of its third quarter give way to a lapse of quality. The silky Ariana Grande feature, “Rule the World,” may give select non-wavy audiences a bop but it also sports an uncharacteristic wobbly flow from the masterful rapper towards the end. After the breakthrough record that was “I’m Different,” a DJ Mustard reunion always had a spot in the playbook. But the strip club anthem “2 Dollar Bill” falls flat like an assless dancer, with the highlight being E-40 blazing both Chainz and Lil Wayne with his contribution.

Closing things out with reflective records such as “Sam” (an unabashed account of America’s vampiric tax system) connects the dots of the album’s “rap” and “go to the league” mantra but the bumpy ride along the way is glaring.

2 Chainz will likely forever remain an all-star but he should be hoisting an MVP trophy at this point.