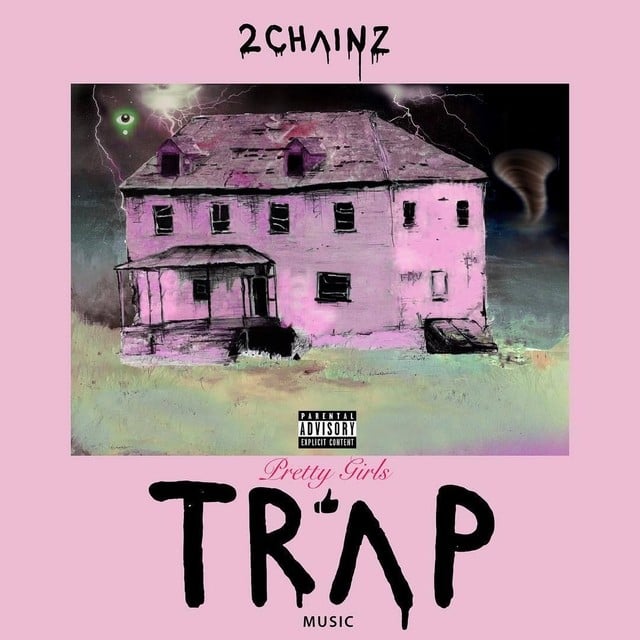 Oh, what a conundrum 2 Chainz has found himself in with Hip Hop’s 2017 landscape.

On one Gucci loafer, he’s constantly elevated both his celebrity status and hitmaking ability since he ditched his Walmart-shelf-unfriendly moniker Tity Boi back in 2011. On the other foot, his once revered brand of slick-tongued trap music has become even more watered down thanks to the rise of SoundCloud records being ushered into prominence without quality control safeguards (see the past couple years of XXL Freshman freestyles for further reference).

So when the nearly 40-year-old College Park rap constituent quips “Sippin’ quavo, ridin’ offsets, guess I’m ’bout to take off” on the swanky “OG Kush Diet,” a stellar filler cut on Pretty Girls Like Trap Music — his strongest body of work to date — the audience looking to praise lyrical cleverness is scarcer than ever. But as he edges toward elder statesman status, 2 Chainz knows what he likes.

Over the course of an hour and some change, Trap-A-Velli run quick sees and caters to the demographic most likely to hit the button on a stream, tweet or text message to spread his gospel: the women. And he doesn’t go at it for dolo. Chainz actually has a lot of help from the current who’s who in the biz. Drake (via the time-tested “Big Amount”), Nicki Minaj and Migos all chip in surefire assists throughout the project.

Likewise, all Pretty Girls Like Trap Music producers step into the party with respectable résumés, whether it’s the certified OG status of Mike Dean, who brings a scenic kaleidoscope of subtle piano keys and high hats to make “Good Drank” intoxicating, or current best-kept-secrets like Murda Beatz and Cubeatz’ tag-teaming the hypnotic “4 AM.”

The buttery smooth “It’s a Vibe” feels like a Ty Dolla $ign track that Tity decided to adopt as his own, and operates like an aphrodisiac mainlined to the female nervous system (ultimately validated by Jhené Aiko’s consent to “bust it wide”).

Pharrell Williams performs double duty with the production and chorus on the crossover ready “Bailan,” with its airy flutes and hardened cymbal crashes that make the flawless soundtrack for a ghetto tango.

While 2 Chainz can make a living in the paint with carefree rapping about everything featured in the pages of GQ, the depths of his raps still don’t eclipse what’s become the norm in Hip Hop. It’s long been understood that 2 Chainz serves as a mayor for materialism as opposed to a tenured Walter Cronkite of rap, and that’s just the way it is. But when he’s being grouped in with peers of a lesser ilk — regardless of the extra attention to detail he puts into his lyrics — it may be time to buckle down to make the lines of distinction more obvious.

Despite the lack of range, Pretty Girls Like Trap Music goes down as 2 Chainz’ strongest LP to date and will become a reference point for anyone curious about how the towering rap star can service their turn-up needs. While he may still be working on giving the world a universal classic, making a solid project that gets all the women of interest in the same state of mind is nothing to scoff at.