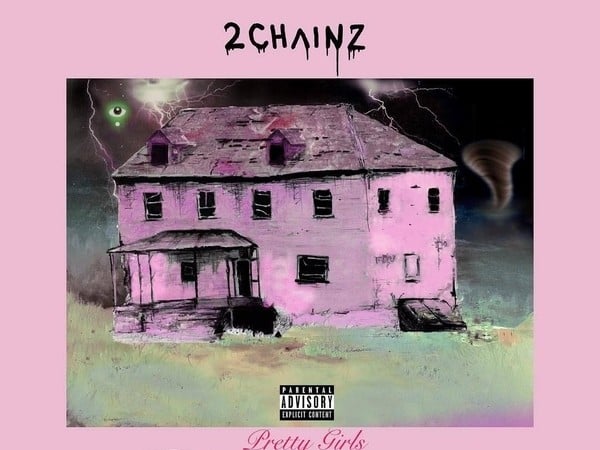 Roughly three months after its release, 2 Chainz’s Pretty Girls Like Trap Music has been certified gold by the RIAA. The Atlanta rapper officially reached over 500,000 units sold on September 13.

The Def Jam Recordings artist, who turned 39 on September 12, took to Instagram to share the good news on Friday (September 15) and predicated it would hit platinum soon.

“Birthday all month bihhh surprise turn up @escobaratlanta last nite was a vibe !!,” he captioned the photo. “oh yeh album is on the way to being platinum.”

Birthday all month bihhh surprise turn up @escobaratlanta last nite was a vibe !!oh yeh album is on the way to being platinum ??

He also posted a close-up shot of the plaque and expressed his gratitude. “Blessings on blessings Thank YOU ALL,” he captioned the photo.

Blessings on blessings Thank YOU ALL

Pretty Girls Like Trap Music features Nicki Minaj, Drake and Migos, and follows his 2016 solo album, ColleGrove, which debuted at #4 on the Billboard 200.

The wait is finally over. After the original April 7 release date for Pretty Girls Like Trap Music came and went, 2 Chainz delivers his new album just in time for your summer functions.

Check out the Pretty Girls Like Trap Music stream, cover art & tracklist below.

As 2 Chainz continues to trickle out various elements of his highly anticipated album, Pretty Girls Like Trap Music, his latest update comes in the form of a full tracklist. Clocking in at 16 songs, the project has a slew of notable guest features, including Gucci Mane, Nicki Minaj, Drake, and Migos.

Previously shared singles include “Good Drank” with Gucci and Quavo as well as “It’s A Vibe” with Ty Dolla $ign, Trey Songz and Jhené Aiko. While the album isn’t expect to arrive until June 16, 2 Chainz graciously gifted his fans with another snippet of the project in the form of “4 AM” featuring Travis Scott.

Check out “4 AM” and the tracklist below.

The promotion for 2 Chainz’s Pretty Girls Like Trap Music is in full swing. Just a few days after a trailer for the album was released, Tity Boi revealed the cover artwork for his highly anticipated project on Instagram. The cover was created by Trevor Andrews, an artist known as Gucci Ghost, who also happens to be the husband of singer Santigold.

“#prettygirlsliketrapmusic album cover thought of by me and art by @troubleandrew #guccighost #guccitraphouse #girlslikepink #beautifultrap,” 2 Chainz wrote in the post’s caption. “This street artistic expression drops on 6/16/17 ps. You know the merch game gone be crazy right !!!????.”

2 Chainz’s Pretty Girls Like Trap Music will be released on June 16 through Def Jam Recordings. View the cover art below.

2 Chainz is establishing some lofty expectations for his Pretty Girls Like Trap Music LP. The 39-year-old rapper unleashed an epic trailer for the new album that reveals the project will now be released on June 16. The project was initially expected on April 7, but delayed in March.

The video features high praise from Drake, Pharrell, The New York Times and Noisey. In the clip, Drake tells 2 Chainz that he is one of Drizzy’s favorite rappers of all time, and Pharrell refers to him as a unicorn.

The co-signs from stars like Drake and Pharrell help to set a high bar for Pretty Girls Like Trap Music. But 2 Chainz heightens the stakes by including quotes from publications in the same way a new movie uses reviews in its trailer. The former Tity Boi makes a big point to feature Noisey’s recent write-up on him, which he felt was a long-overdue acknowledgment of his growth and progression as an MC.

So I saw this the other day and tried to act like it was just another article , but it isn't . I have dedicated my life to the game ! Everything i focus on I become great at , with that being said , I guess I got better with time because my level of confidence exudes on every verse . I would like to thank the author for not only recognizing the shift in momentum and but also acknowledging this growth, #hardworkbeatstalent . We all been thru A lot , and everybody has a story to tell , but I like to smile when I tell mine . Whatever happened in the past ……, fuck it I'm done preaching , it's the hairweavekiller himself , chapoJR, Tityboi, #drenchGOD #prettygirlsliketrapmusic coming soon , ain't no date bihhhh @defjamrecords wudup ?

Although the album’s release date is right around the corner, 2 Chainz is still being pretty tight lipped about the project. The Hair Weave Killer has promised collaborations with Nicki Minaj and 50 Cent and teased new music with Drake, but no single or tracklist has been made public. As of Tuesday (May 23), all that’s known is the LP will drop on June 16.