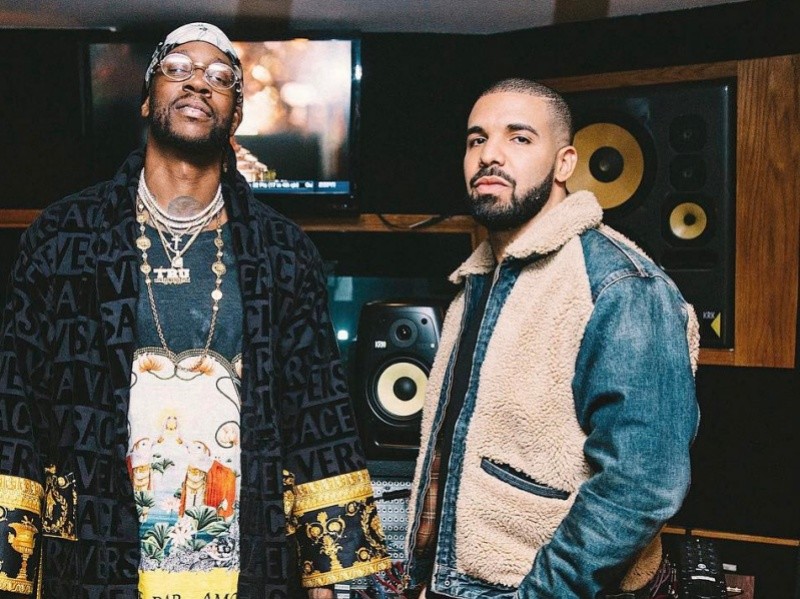 2 Chainz has announced the release date for his upcoming project, Pretty Girls Like Trap Music.

The 39-year-old rapper took to his Instagram on Sunday (January 15) to reveal that his next record would be coming out on April 7. The post actually didn’t specify the year, but we don’t think he’d be getting us excited if he was planning to make us wait until 2018.

But that’s not all. In addition to the shots of Tity Boi working with producers in the studio, 2 Chainz also posted a photo of himself and Drake just outside the booth.

Given that the picture comes at the same time as 2 Chainz’ posts about Pretty Girls Like Trap Music, one could assume that they were working together on a track for the record. You never know, though, and it’s possible the two were teaming up on something for Drake’s own upcoming More Life playlist, which already boasts a feature from ATL’s own 21 Savage.

It’s notable that 2 Chainz tagged Drake in a post that’s hashtagged with the title of Pretty Girls Like Trap Music, so we’re ready to bet that the Atlanta veteran’s album is going to come with at least one very high-profile feature…