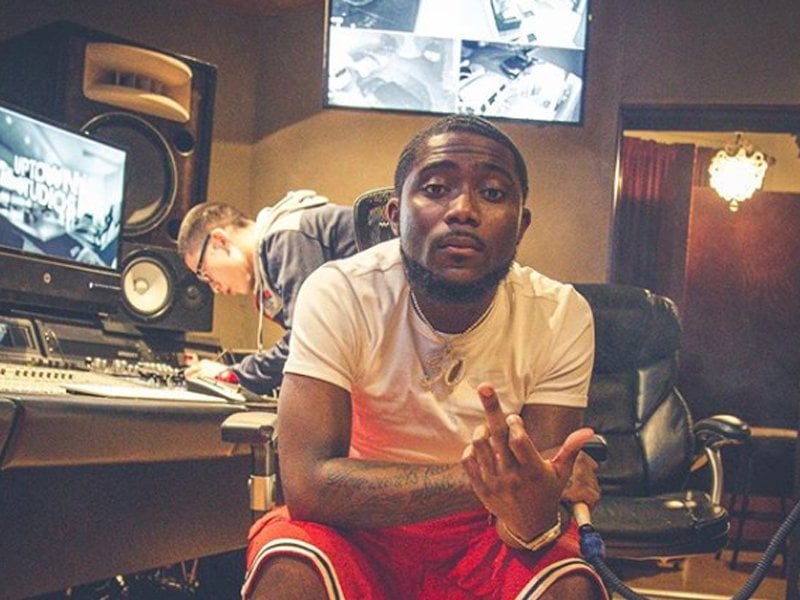 New York, NY – There’s something to be said about letting your accomplishments speak for themselves. 30 Roc may not be a household name (yet), but his discography, which includes hits like Yo Gotti’s “Rake It Up” and Travis Scott‘s “STARGAZING” — to name a few — has helped him silently build an empire with no signs of slowing up.

According to the Bronx-born producer, who also happens to work with Mike WiLL Made-It as a part of the Ear Drummers production team, it all started after a fight with his band teacher (he played in a marching band) cost him a potential college scholarship.

“I had nothing to fall back on,” 30 tells HipHopDX. “It was one of my producers, Cory, who taught me how to make beats.”

The producer in question, Cory Eborn — a frequent collaborator — not only gave 30 that initial spark but also helped steer his career in the right direction, by introducing him to his cousin, legendary producer Ez Elpee. 30 admits that without having done a lot of background recon, he didn’t take the story of Eborn’s “producer cousin” seriously.

“One day he was like, ‘Yo, my cousin wants us to come to his crib,’ and I was like, oh this nigga’s imaginary cousin,” he says with a laugh. “We drove over there, he opened his door, and he opened his arms … [Elpee] has been like family ever since.”

He continued, “I remember walking upstairs, and I saw all the plaques that were there. I said ‘Yo Bro, got to catch up to you.’ That’s where I’ve been on ever since.”

In an interview with HipHopDX this past October, Elpee described how 30 essentially brought him out of retirement. “I’d put a million dollars on him to be like one of the top producers.”

“I guess for me it’s a do-over’ for everything I did. Anything that I thought I did wrong, it’s not going to happen with him,” Elpee added.

Forever Grateful… Never thought my music would take me this far, to say i have 3 Grammys #Blessed #30youafoolforthisone #eardrummers #1209records #invasionofprivacy #KingsDead #BlackPanther

Though 30 Roc’s name has appeared in the credits of some of the biggest albums of the past few years, recently snapping up two Grammy’s for his work on Cardi B’s debut album (“Bartier Cardi”) and The Black Panther soundtrack (“King’s Dead”), he’s managed to stay relatively out of the spotlight — by design.

“I might get on Instagram every now and show off my watch or showing off something like that, but I’m low key,” he explains. “You will never know what the hell I’m working on … I might hit you with a fucking Katy Perry track next week. Like, I just did a Chef Boyardee. Who the fuck does that?”

His latest project — a collaboration with Casanova titled Free At Last — is something different. He’s billed alongside the artist and appears on the cover. It’s a project that he says began roughly a year ago after the two linked up and recorded “Steppin Out,” which ended up being the final track of the six-song EP.

“I wanted to make some bangers,” he says of the approach he took to shaping the EP. “You know, bro doesn’t have no fun songs. Do you know what I’m saying? This was my chance to let the streets hear his other side… his industry side.”

The most apparent attribute about 30 is his drive. 2019 is looking to be a fruitful year for the already successful, multi-platinum, award-winning producer. He has two songs on 2 Chainz’s fifth studio LP Rap Or Go To The League, a point only casually dropped in conversation, as well as an upcoming compilation project. He remains tight-lipped on the specifics though.

He even teased an upcoming R&B act he’s developing and preparing to introduce, but is keeping their identity under wraps until the time is right.

“That’s what I mean by staying low key,” he says with a laugh. “You will never know what the hell I’ve got going on.