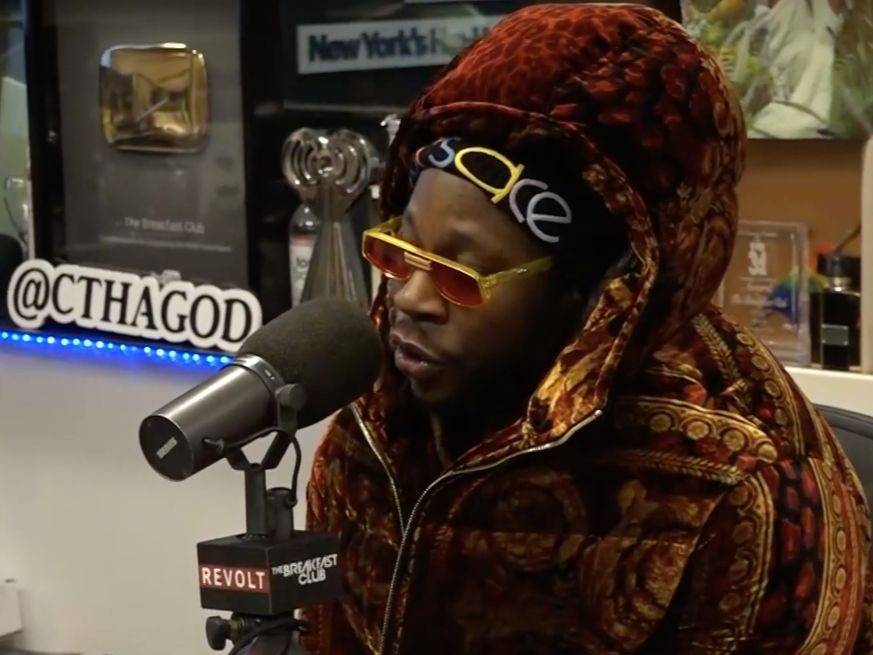 New York, NY – 2 Chainz may be one of the more prolific rappers out there right now, but even superstars don’t get everything they want. During a recent interview with The Breakfast Club, 2 Chainz detailed his new Rap Or Go To The League album, which was A&R’ed by LeBron James.

Although he was able to nab Kendrick Lamar, Chance The Rapper, Travis Scott, Lil Wayne and E-40 for the project, there’s one particular MC he admits he wasn’t able to get — JAY-Z.

When Charlamagne asked him why Hov wasn’t on the project, the long pause that came before his answer was deafening.

“I don’t know,” he says. “He’s my favorite. I’d love to work with him. I tried to get him on this album. He said, ‘Maybe next album.’ We’ll get it going. You know, I love what he did on Meek’s project. I love that Pusha record he did. There’s a few Ross records I like. There’s a few Jeezy records I like. Ricky D, he did with Fab. So he’s just busy on other people’s stuff.”

Charlamagne replies, “So you asked him to be on the album and he was like, “Maybe next time?'”

“Charlamagne, why do you do this to me? The timing was not right for it. The timing wasn’t apparently right. This would’ve been like a bucket list.”

Elsewhere in the interview, 2 Chainz opens up about his upbringing and says he regrets selling drugs to his mother in the past, something he addresses on the new album.

“I ain’t [come to terms with it],” he says. You always tryin’ to dig in somebody. I’m about to find some shit out about you. I ain’t able to deal with it yet. That’s about as surface as I can get. I can’t go into details.  I asked for forgiveness.”