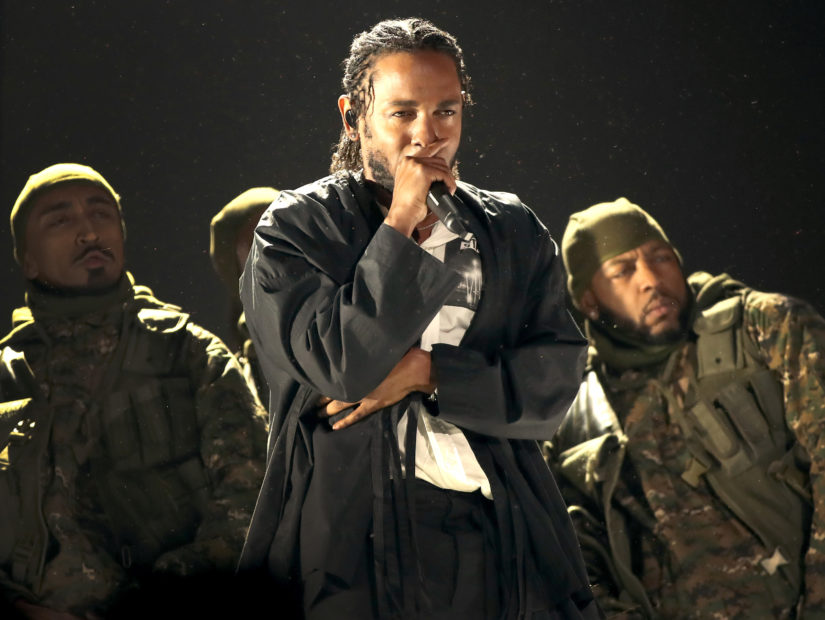 Los Angeles, CA – After blitzing through the music world in 2017 with his magnum opus DAMN., Kendrick Lamar opted to take a more subdued bask in the spotlight this year. However, his impact still packed a mighty wallop through the release of his critically acclaimed Black Panther: The Album and its subsequent Grammy and Golden Globe nominations.

In a recent interview with the Los Angeles Times, Kendrick, 31, elaborated on making the celebrated project and how seeing the development of the accompanying film brewed his creative juices.

“It feels great. I’m not only representing myself, but I’m representing my people … people I’ve been familiar with since I was born,” he tells Jess Weiss. “This is another landmark, another stepping stone to something bigger and greater,” he adds. “Best believe I’m proud. And I know Ryan [Coogler] is as well.”

Black Panther: The Album has made it possible for Kung-Fu Kenny to be privy to eight nominations in the upcoming 61st Annual Grammy Awards. Notable categories include Record of the Year, Album of the Year, Song of the Year and Best Rap Performance; with the song categories all being for his SZA-assisted single, “All The Stars.”

As of press time, Kendrick is the proud owner of 12 Grammy Awards but just like he spits on his fan-favorite track “Element,” he’s always striving to make Compton look better on the map.

“[The film’s themes] reminded me of why I made To Pimp a Butterfly,” Lamar says. “It was survivor’s guilt. You want to be homegrown and help folks back home and give them game. You want to be there for them but if you’re there, then you can’t go out and explore.”

Come next February, should Kendrick finally take that acceptance speech for the Album of the Year honor he’s repeatedly eluded him, there’s a good chance it will be an impromptu occasion.

“I don’t know what I’ll say if I win,” he continues. “A lot of different emotions will be running through me, and I usually just say what I’m inspired to say at that moment … what comes off the chest. It’s just a great thing to know that these bodies of work come from a simple thought and you put that simple thought down on wax, and then you give it to the people and it goes from there.”