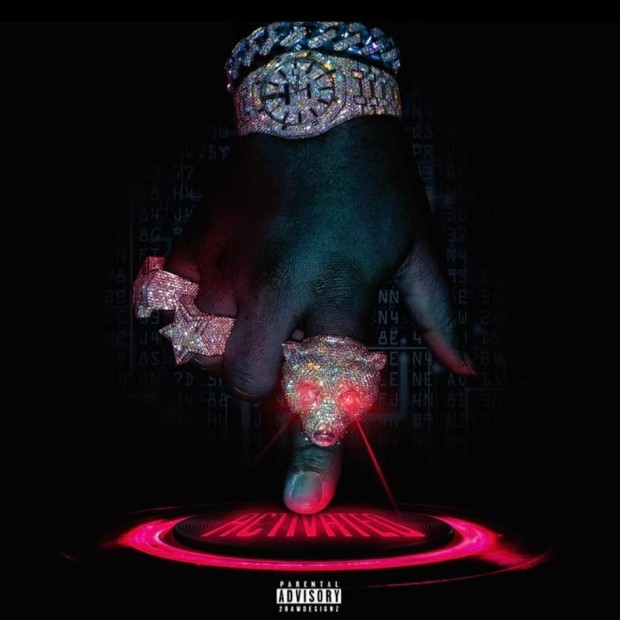 If the almighty JAY-Z gives your breakout song the 140-character salute, you’re probably doing something right as an artist. During Jigga’s famed Songwriters Hall of Fame Twitter spree, he specifically bigged up Tee’s “First Day Out” track for its relatability while claiming he “believed” everything Tee was saying. That inherently authentic quality that won over Jay is the same quality that won over a mass of die-hard fans that have eagerly been awaiting Tee’s debut album. His 2017 mixtape My Moment and collaborative Bloodas album with Lil Durk were merely layup lines compared to Activated – Tee’s street-talk slam dunk debut.

In a short amount of time the Detroit native has mastered rap’s most delicate balancing act; emitting carefully executed rhymes while using a contemporary trap flow. As Hip Hop fans know, leaning on a rapid=fire delivery can result in less slick bars and more “ayyy” ad-libs but Grizzley tackles these cascading type beats with seamless ease and lyrical ferocity.

After declaring how he got “Activated” after “seeing that money” on the intro title track Tee runs through some standard operating flex cuts with Lil Yachty on “2 Vaults” and Lil Pump on “Jetski Grizzley” but they are simply that; standard. Tee and the fun young features bode a shot of youthful energy but are ultimately forgettable tracks. More formidable hits exist on songs like “Too Lit” and “Don’t Even Trip.” But it isn’t until the first of two Chris Brown-assisted records in “Set the Record Straight” where Tee showcases his ability to walk the trap tightrope. A very hoppy flute driven beat from The Breed lets Tee tackle female-focused subject matter without coming off as corny. He sticks to his rugged Midwest bravado while delivering lines like “Get in the booth, state facts, I don’t pay for sex/But I take care of my hoes, buy bundles, bags and oil/I just bought one a boutique, ain’t gotta go to the mall/I had to show off for that one, she give me head on call” which sounds fluid over the crispy drums and hi-hats.

Although features are appreciated on this album, they ultimately weigh it down (there are unnecessarily two Lil Yachty features to match the dual Breezy appearances). Tee truly gets off on the solo cuts, which are stacked primarily in the middle of the album. “Robbin” is not only the album’s best song but perhaps Tee’s most well-rounded showing to date. Not only does he handle the crooning chorus by himself but he rips through an emotional two verses about love and balancing real relationships with cutthroat precision. “You know this shit way deeper than rap, my nigga/Wonder why I keep toasters, nigga, wonder why I stay focused, nigga/Niggas changed up overnight so I can’t get close to niggas/And they wonder why I’m antisocial, nigga/Huh? ‘Cause they don’t understand me/My niggas these ho’s, even my family” vividly sums up his paranoia caused by hustling throughout the 313.

Activated doesn’t revolutionize Tee Grizzley’s growing catalog and doesn’t champion any songs as monumental as “First Day Out.” It does, however, convey Tee’s stout lyrical abilities with strong signs of potential for bigger things.

When it comes to talking that street talk, just like JAY-Z, “we believe him.”