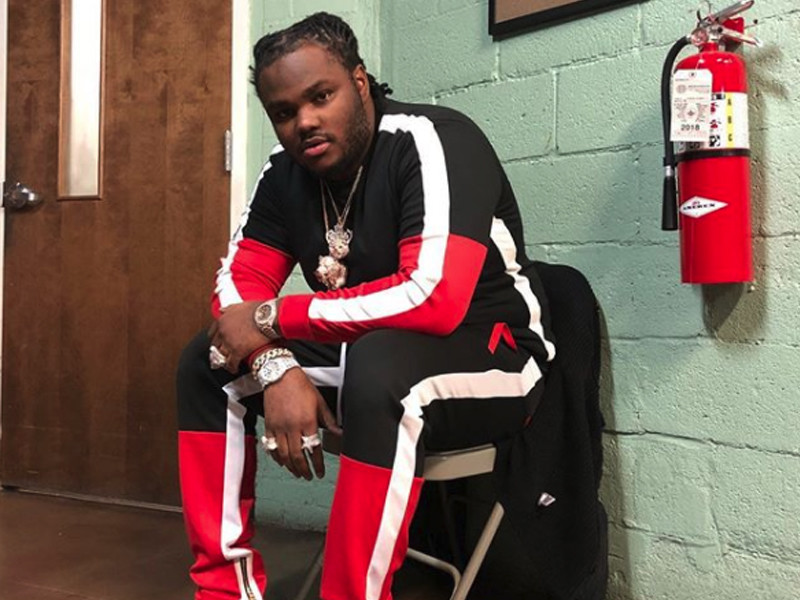 Tee Grizzley has finally dropped his debut album, Activated. The LP arrives two years after the release of his breakthrough single “First Day Out,” which earned him mainstream recognition.

Check out the Activated stream, cover art and tracklist below.

(The previous version of this article was published on April 17, 2018 and can be found below.)

Tee Grizzley stopped by Zane Lowe’s Beats 1 Radio show to talk about his upcoming album Activated, which is scheduled to drop on May 11. The “First Day Out” MC revealed some of the guests slated to appear on his LP during the conversation and posted the official cover art on social media.

The Detroit native confirmed Jeezy, Rae Sremmurd, Chris Brown, A Boogie wit da Hoodie, Lil Yachty and YFN Lucci will be on the album. London on da Track, Chopsquad DJ and Helluva — the beatmaker behind “First Day Out” — are among the producers for Grizzley’s latest.

Listen to Grizzley’s entire interview with Lowe here and check out his Activated cover art below.

(The original version of this article was published on March 20, 2018 and can be found below.)

Fans who have been following Tee Grizzley since his single “First Day Out” became a smash hit got a special treat on Tuesday (March 20). The 23-year-old MC announced his next project, Activated, would be dropping on May 11.

The 300 Entertainment/Atlantic Records signee has been on an upward trajectory since late 2016, which marked the release of his breakthrough song. He spoke to HipHopDX in April 2017 about how his popular track came to fruition.

At the time of the interview, “First Day Out” had clocked 26 million views on YouTube alone. It’s now closing in on 80 million views and was certified platinum on December 6, 2017.

In 2017, Grizzley dropped his debut mixtape, My Moment, and a collaborative project with Lil Durk titled Bloodas. No additional information available about Activated has been revealed at this time.

Listen to his latest single, “Don’t Even Trip” featuring Moneybagg Yo, below.