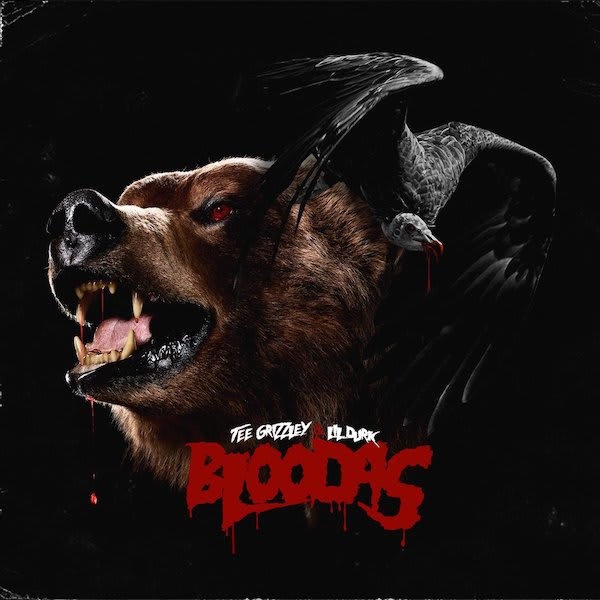 The collaboration project, Bloodas, put forth by Chicago’s Lil Durk and Detroit’s Tee Grizzley isn’t as random as it might first appear. Durk and Tee are both up-and-coming Midwest street rappers, creators of songs with millions of plays, and both lean on gritty gangster rap tales to solidify their reputation.

Despite being naturally cut from the same artistic cloth, Durk has developed more of a knack for melodies while Tee sticks to his bone-crushing bars — a balance that makes Bloodas an intriguing listen.

Off the rip, Bloodas doesn’t have any real thematic direction other than to showcase Durk and Tee’s compatibility over the course of 12 tracks. There isn’t an overarching concept they’re reaching for within these dozen cuts — it’s simply a collection of quick and dirty gangster jams aimed to please their core audiences.

This devout group of fans will immediately gravitate toward the Louie Montana and Beezo-produced “WhatYo City Like.” The duo go back and forth with a dazzling dash of double time, explaining how their respective cities get down. In a type of pseudo-conversation Tee asks Durk, “My city the home of Meech, home of the riots/ My city violent, niggas’ll tell you they love you/ But really they don’t even like you/ What your city like?” to which Durk responds, “Shit, I’m from the city of Hoover/ Bump and slide, we was robbin’ the jeweler/ I was in school but shit had made me a shooter.”

Their ping-pong chemistry is further exhibited on “Rappers,” an abrasive detailing of their compatriots who are “lame as shit.” Their rhyme volleys evoke visions of a two-man crosscut saw exhibition where the wood is the trap drums being viciously split to pieces.

For the remainder of the project, Durk retreats to his more comfortable Auto-Tuned croon while Tee continues the coarse lyrical tirade. Despite having a song called “Melody” on the project, it’s “Factors” and “Ohhwee” that contain Durk’s most infectious hooks. Durk also leaves room for a verse on these songs, but gets handily out-rapped by Grizzley, whose confidence and menacing demeanor is hard to disregard.

If this album had been condensed into an EP, it would have prevented mind-numbing repetition on cuts like “Dirty Stick” and “Ratchet Ass” from being brandished as a reason for listeners to give the two “bloodas” an open ear.