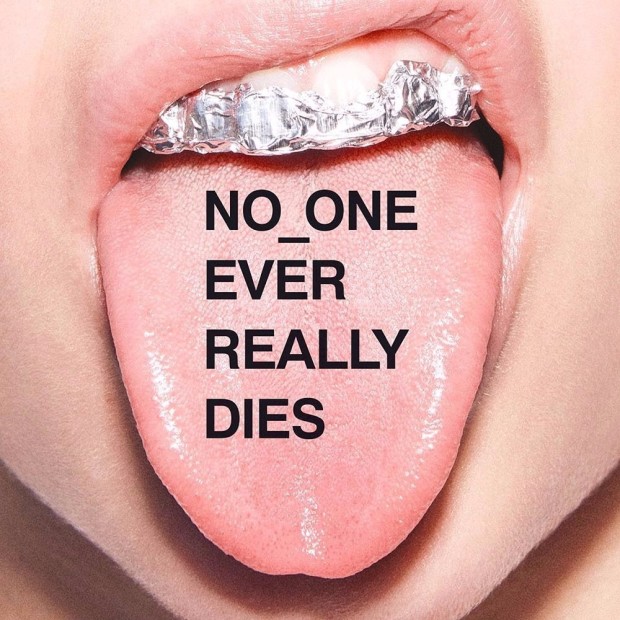 When we last heard from N.E.R.D on 2010’s Nothing, Pharrell Williams was already a bona fide cultural icon. From music and film to fashion and television — there was seemingly nothing the über-talented producer couldn’t do. But The Neptunes side project was still up in the air. In 2016, rumors started to circulate that he’d reconnected with his N.E.R.D brethren Chad Hugo and Shay Haley. The excitement that came along with the possibility of a fresh N.E.R.D project started to ripple across the industry. Just over a year later, N.E.R.D’s fifth official studio album No_One Ever Really Dies has arrived.

True to form, the 11-track effort is more like a collection of fiery mini-symphonies that effortlessly swing from genre to genre. Every track has multiple intricate parts that make each one feel like its own wild musical journey. Much like the trio’s 2002 debut In Search Of…, it’s impossible to classify the record as merely “Hip Hop” when it’s a cornucopia of layered, eclectic sounds, including pop, R&B, trap, rock, fast-paced electronica, reggae and calypso.

Beginning with the words, “The truth will set you free but first it will piss you off,” album opener “Lemon” featuring a rapping Rihanna quickly sets the tone. The Barbadian queen, who is more known for her singing than MCing, delivers a valiant effort and momentarily steals the spotlight from Pharrell with her flawless execution. In fact, there are actually two versions of the track — one without Rihanna — and it’s not tough to figure out why they added her to the official version. She brings a bright, crisp energy in an unexpected way that begs for RiRi to actually do a full rap album someday (hey, why not?).

Where previous N.E.R.D albums often suffered from a lack of cohesion, No_One Really Dies is able to string together each track with a more uniform sound despite its vast array of guests. British pop darling Ed Sheeran, who just popped up on Eminem’s Revival (to the disappointment of some rap purists), makes an appearance on the reggae-infused album closer “Lifting You” and the always Auto-Tuned Future is featured on the high octane “1000,” while British-born Sri Lankan rebel M.I.A. shows up on “Kites.”

But it’s the monster features from Kendrick Lamar and a damn-near-retired André 3000 that really shake things up, and inject even more life to an already frenetic project.

On “Don’t Do It!” featuring K. Dot and the enigmatic Frank Ocean, Pharrell is able to wrap an overtly political song in a fun, “happy” package (pun intended). As Pharrell explained on his Beats 1 radio show, the song was inspired by the police shooting death of North Carolina’s Keith Lamont Scott. As officers were telling Scott to put his hands up, his wife was screaming “Don’t do it” and trying to explain he had a traumatic brain injury. They still opened fire, killing Scott. Despite the seriousness of the content, the “HUMBLE.” MC and Pharrell are somehow able to keep the song uplifting with its dynamic, guitar-heavy and uptempo beat.

Meanwhile, on “Rollinem 7’s” featuring 3 Stacks, we get an explosive verse from the Outkast luminary that makes you wonder why he’s ready to sit back and let the younger generation take over.

With Pharrell producing every song and Hugo providing co-production on a handful of the tracks, the direction of No_One Really Ever Dies was in good hands.

Additional vocalists include A$AP Rocky and Mary J. Blige on the aforementioned “Kites,” and Gucci Mane and Wale on “Voilà,” whose subtle appearances are almost missed.

With so many moving parts, there are a few moments where No_One Ever Really Dies becomes slightly disjointed but the crew is able to get back on track quickly and recover from any perceived murkiness. While it would be easy to get lost in the eclecticism of the album, that’s frankly what makes N.E.R.D the group they are. If they aren’t going to push the boundaries and get weird, who will?