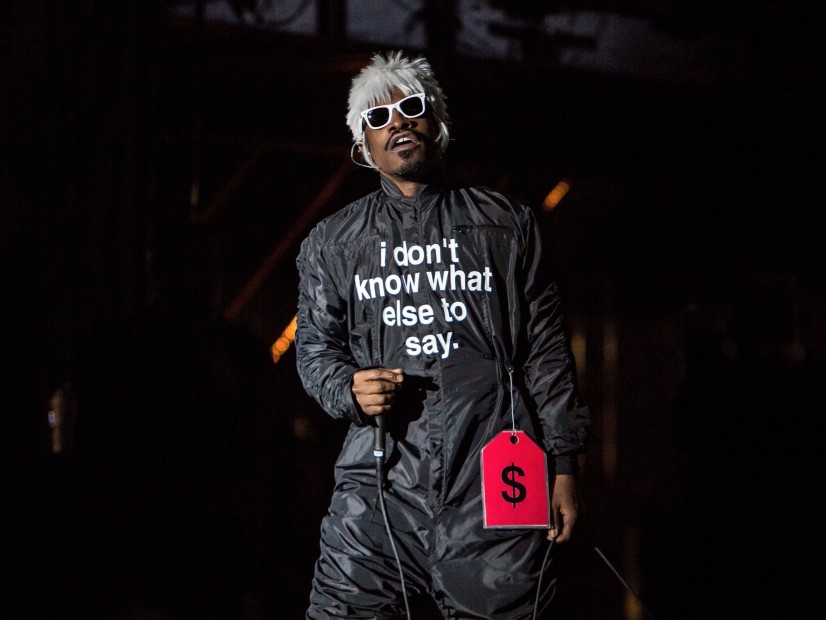 New York, NY – Outkast luminary André 3000 recently sat down with Complex in the middle of his photo shoot for a new campaign with Tretorn shoes. André was recently appointed the company’s creative director and is the face of Tretorn’s Fall 2017 campaign, which kicks off a new chapter for the seasoned MC.

The 42-year-old mastermind behind classic albums like 1996’s ATLiens and 1998’s Aquemini opened up about his current position in Hip Hop, admitting he feels Father Time tugging on his coattails. He also explained why it’s time for younger artists to take the reigns.

“Rapping is like being a boxer,” André said. “No matter how great you are or were at a certain time, the older you get, the slower you get—I don’t care who you are. And I can feel that coming on. There’s always a new wave of artists, and sometimes I’m just like, ‘I’m good. I’ll let the young guys do it.’ And whenever they reach out and say, ‘Hey, let’s try something,’ I’m with helping them. I’m doing it more for them than for my own self. I don’t get much happiness from doing music like that—I get happiness from pleasing who I’m working with, and helping them, and seeing them be excited.”

While a mythical Outkast album or André solo project have long been topics of discussion for thirsty Hip Hop purists, the Atlanta native shot down any hope of either. In fact, he has no plans to be rapping in his 50s. Fellow Outkast MC Big Boi, on the other hand, continues making music and dropped Boomiverse in June. Although André reunited with Big Boi for a tour in 2014, for him, it’s something he’s already “done.”

Countdown to #ATLast: FOUR. Forever – forever ever. Which Outkast album can't you live without? #countdowntoATLast

“I kind of like not being a part of [rap], now that I’ve done it,” he said. “As I get older, I start to see myself move more back from it — the hustle and bustle of putting out an album, the pressure of being in the studio trying to come up with something. Now it’s more like a hobby for me, so I don’t think about it in that way. Even with Outkast — if we never do another album, I’m totally fine with that. When I was 25, I said I don’t want to be a 30-year-old rapper. I’m 42 now, and I feel more and more that way. Do I really want to be 50 years old up there doing that? When I watch other rappers that are my age I commend them, but I just wonder where the inspiration is coming from. At this stage I’m really more focused on what I am going to be doing 10 years from now. And I hope to God it won’t be rapping.”

While that admission may leave many fans with a sense of disappointment, André is seemingly confident the culture is in good hands, especially with artists like Young Thug, who the mother of Dre’s child, Erykah Badu, also cosigned. She said he reminded her of a young André.

Amazing Thugger.
Reminds me of a certain ATLien I know. pic.twitter.com/fmy9WBVa5v

“He’s exciting,” André explained. “There’s no box. He’s all over the place. To do those things he does, you have to have big fuckin’ balls. It’s almost harder than the guy who’s portraying hard, you know? It’s kind of mind-fucking people. It’s saying, don’t get too comfortable with me. That’s one of my mottos: Don’t let people get too comfortable with what you’re doing.”

Although his apparent “rap retirement” is currently enacted, that doesn’t mean he can’t change his mind in the future. The passion for music will always be there, but he might execute it in a different way.

“I still love music, but I’m trying to find that deeper thing,” André said. “The older I get, it’s really more about comfort, personal happiness, and understanding. Maybe one day I’ll be somewhere talking about it in a class or something. I don’t know the rest of my way.”