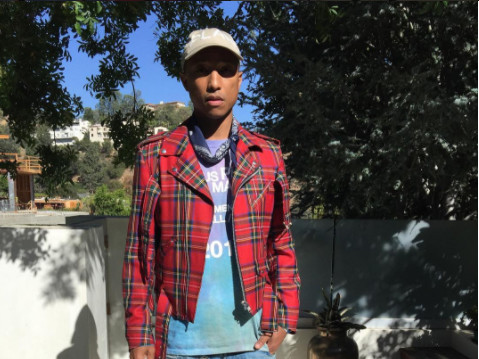 N.E.R.D. Working On Fifth Studio Album, According To Pharrell

Although N.E.R.D. hasn’t put out an album since 2010’s Nothing, according to a comment co-founder Pharrell Williams made on his Beats 1 Radio Show #OTHERTone (along with HBO music executive Scott Vener), that’s about to change. As Williams was fielding fan’s questions from #ComplexCon in Long Beach last weekend, he was asked whether or not there would be a fifth N.E.R.D album, to which William’s responded, “[The] answer is yes. When it’s time.”

"There answer is yes. When it's time." —@Pharrell on whether we'll see a new N*E*R*D album #ComplexCon #OTHERtone

Since N.E.R.D. emerged in the early 2000s with Chad Hugo, Williams has catapulted to a level of fame that has lived up to the duo’s 2002 chart-topping single, “Rock Star” from its epic In Search Of…debut. As a prolific producer, coach on The Voice and omnipresent force in the entertainment industry, Pharrell has become a symbol of success.

Last month, Williams released two songs for the film Hidden Figures, “Runnin'” and “Surrender,” and joined Kid Cudi on “Surfin'” and “Frequency,” as well. As he continues to juggle a slew of other projects, hopefully N.E.R.D.’s new album is on the top of the to-do list.