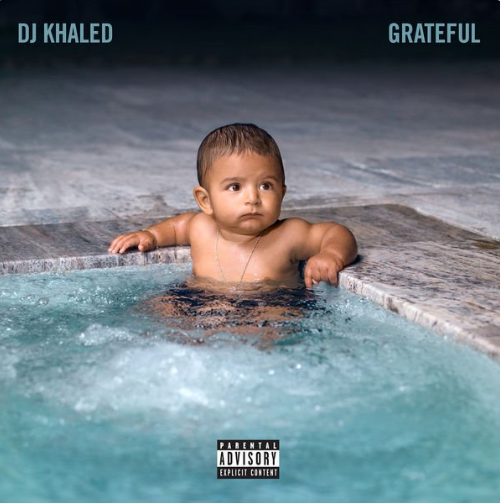 2017 is quickly shaping to be the “Year of the Dads” Whether it’s the boisterous Lavar Ball using his gift of gab to stiff-arm his son’s detractors, or it’s JAY-Z strengthening his indomitable empire with his new set of twins, one dad currently has everyone in Hip Hop beat.

The lovefest between DJ Khaled and his son Asahd has been a sight to see so far this year. Not only did he have his proverbial Simba moment at Hot 97’s Summer Jam when he was hoisted up in the air in front of 50,000 people, but the youngster is dubbed executive producer for his pops’ 10th album Grateful.

With great power comes great responsibility, right? For Asahd, the power of being adorable nabbed him the ever-so-elusive Drake vocals for “To the Max.” Such power gravitated Jay and Bey towards the luminous record “Shining.” It grabbed Rihanna, who was dripping with Bajan swagger on the “Maria Maria”-sampling “Wild Thoughts.” It brought out a combative and hungry Big Sean on his purported Kendrick-aimed track “On Everything.” Asahd undoubtedly reeled in the heavyweights, but even this superbaby couldn’t carry the arduous workload demanded by his pops. (We’re aware giving this toddler props for orchestrating such a major league affair is tongue-in-cheek. He’s cute; play along.)

From the onset, Khaled allows revered reggae star, Sizzla, to sprinkle prayers down on his family for the intro track “I’m Blessed.” After being showered with blessings, Khaled goes on a rampage and hammers listeners with radio-singles beginning with “Shining.” Penned by PARTYNEXTDOOR, Beyonce fires away at her haters with sharp jabs. “Poppin’ off at the mouth, all year, boy/Came out ’97, winnin’ 20 years, boy,” sings the “Déjà vu” songstress. Then, Jay Z, pardon, JAY-Z, properly instructs us on how to concoct the perfect elixir used to produce a set of Hollywood twins. “One ain’t enough, I need two/That night I mix the Ace with the D’US’/Hit a triple-double in the Garden/Held up my left wrist like I’m Harden,” Hov raps.
Not only does Khaled do a masterful job of acquiring marquee talent, he encourages them to go against the grain. On the blustery record “To the Max,” Drizzy takes his talents down to Miami à la LeBron and experiments with Jook – a sound that is prominent in Khaled’s hometown. Travis Scott pushes his creative limits when paired with Calvin Harris on the pop-centric summer blitz of “Don’t Quit.” The crusade takes a lyrical detour when Pusha T and Jadakiss join forces on “Good Man;” an ominously slow-brewing trap record where the GOOD Music prez spews venom but the biggest conversation stir comes complimentary of “On Everything” where Scott smoothly lays down the foundation for Big Sean to zero in on (again) his purported arch-rival, Kendrick Lamar.

“And I realized all I ever needed was in me, nigga/’S’ on my chest boy so shots can’t even pinch me, nigga/No substitute for me, but they gon’ still tempt me nigga/God is in me, that’s the only one who can end me nigga,” Sean buoyantly raps. Despite delivering solid contributions on “Don’t Quit” and “On Everything,” the workload may have strained the Houston star, as he falls short of notching a triple-double on “It’s Secured” featuring Nas. After providing fans a savory appetizer on “Nas Album Done,” from Khaled’s 2016 overhyped effort Major Key, Esco sounds out of place over the frantic electric guitar melody and repetitive chorus.

Though Asahd should be commended for securing some big name vocals, even his baby spidey sense couldn’t stop dada from running wild with the guest list. For Khaled, he was being overly ambitious by shooting for the moon and aiming for 23 tracks. No one’s attention span can ride that far deep, especially in 2017. After “Don’t Quit,” – which is track 11 – things become a blur. Despite a hearty helping supplied by Future – who appears mostly towards the end of the album – one person’s time and energy is drained after an hour and a half. The first half of the album, Khaled showed precise execution, stacking banger after banger. Had he sliced the album down to 15 or 16 tracks, he could have secured a very special project. Fortunately, for him, baby Asahd will have way more time to produce music in his play-pen: The studio.