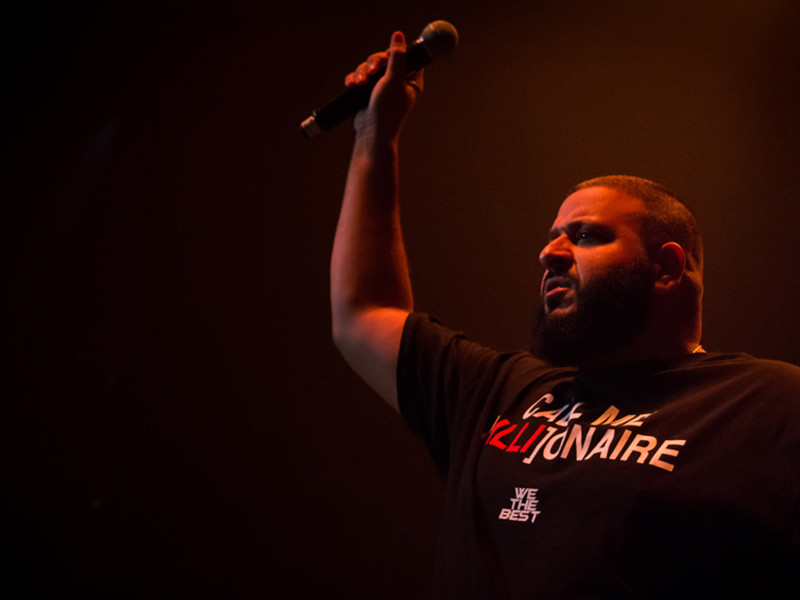 Does DJ Khaled’s “Grateful” Have The Greatest Rap Album Guest List Ever?

DJ Khaled, who is less of an actual disk jockey and more of a super-producer and social media star these days, recently revealed the tracklisting for his upcoming album Grateful. With an eclectic cast of both new and established superstars, the ambitious guest list had some wondering whether Khaled was indeed a genius or merely an over-paid opportunist shoving as many chart-topping artists as possible into records.

The question though, as we await the album’s release Friday (June 23), is whether this is one of the best guest lists ever.

While it certainly shows off his contact list of famous friends, it also delivers some interesting mashups that — if nothing else — should get fans to cue up a few tracks on their playlists.

The pairings of seemingly different acts like Nas and Travis Scott show a blending of the ever-widening genre gap in Hip Hop. Combinations like Pusha T and Jadakiss, as well as Fat Joe and Raekwon, are attempts at keeping fans concerned with bars appeased amid a more predictable set of guests like Future, who appears on multiple tracks.

Combos like Alicia Keys and Nicki Minaj on “Nobody,” and current singles like “Wild Thoughts” with Rihanna and Bryson Tiller, and the Justin Bieber-featuring “I’m The One” guarantee Billboard placements and extensive amounts of radio play — especially when factoring in new songs by Grammy Award-winning artist Chance The Rapper and Belly, who is on a heavy run right now.

This is easily the most exciting project from Khaled — speaking strictly about the guests — but where does it sit in the grander scheme of Hip Hop? That ultimately depends on the final product.

Anyone with money can stack features, but curating the right features at the right time — with excellent results — is another story. What needs to be respected is the subtle art of creating a unique list. While Khaled is definitely one of the greats at this, he certainly isn’t alone.

One step above the function of a traditional A&R sits producers like Puff Daddy and Dr. Dre who — despite actual beatmaking ability — act almost as project managers. This means that rather than craft lyrics and beats, they outsource elements of songs, taking a bevy of individual strengths, and creating magic.

It’s this ability to “put things together” that has been the key to their respective successes, and that of Khaled (guest-wise) who, lest we forget, has been mastering the art of putting together duets and posse cuts for well over a decade. He was involved in the early careers of acts like Pitbull, Rick Ross, and Ace Hood.

A great guest list that helps expand the imagination of the genre is a common characteristic of some of the best ever soundtracks, compilations and albums. Here are five examples of next-level curation that shouldn’t be overlooked if a “Best Guest List Of All Time” trophy is up for grabs.

Dr. Dre albums are always more about Dre’s production paired with incredibly well-curated guest stars, who aren’t always superstars (like those on a DJ Khaled album). A great example is The Chronic, most of whose guest acts had yet to blow up. The long-awaited sequel, though, featured some serious firepower from the likes of Eminem, Nate Dogg, Snoop Dogg, Xzibit, Mary J. Blige, Devin The Dude and Kurupt. The album’s epic posse track, “Some L.A. Niggaz,” featured Hittman, Defari, Xzibit, Knoc-turn’al, Time Bomb, King T, MC Ren, and Kokane. The only song on the project without a feature was “The Watcher.”

The first commercially released “mixtape” to go platinum, and the first of multiple installments of DJ Clue’s The Professional series featured verses by Fabolous, Mobb Deep, Raekwon, M.O.P., Foxy Brown, Mase, Jay-Z, Ja Rule, Nas, DMX, Jermaine Dupri, and more. Keep in mind, this is 1998, so many of these artists were in their prime. A standout on the project was “Fantastic Four,” a collaboration with Cam’ron, Big Pun, N.O.R.E., and Canibus.

Kanye West – The Life Of Pablo

While the 1993 film wasn’t particularly memorable, the slept-on soundtrack has remained a best-kept-secret for die-hard music fans for decades. One of the first real full-on attempts at a full “rap-rock” album, the soundtrack ambitiously paired acts like Teenage Fanclub and De La Soul, Slayer and Ice-T, Pearl Jam and Cypress Hill, and Biohazard and Onyx.

What album do you think has the best guest list? Let us know in the comments.