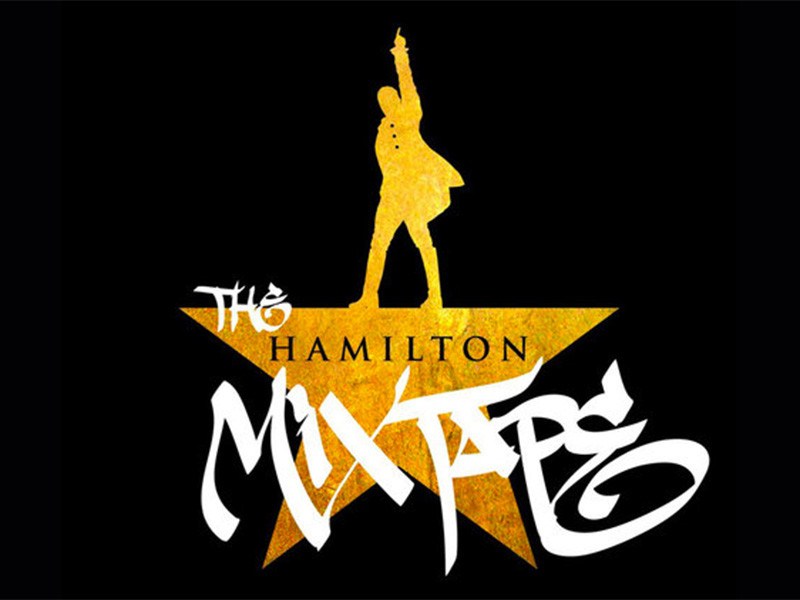 Lin-Manuel Miranda’s Tony Award-magnet Hamilton: An American Musical married powdered wigs with Hip Hop in a groundbreaking tale of the life of founding father Alexander Hamilton. The Hamilton Mixtape brings Miranda’s tale to wax with a combination of vivid narratives and enriched soundscapes.

Lin-Manuel Miranda is featured on only a few songs, but the former punching bag of Immortal Technique wrote the lyrics for the majority of the tracks on this tape, many of which are from the musical itself. His words lift Alexander Hamilton off the face of the $10 bill and into the form of a sympathetic human being. The love triangle between Hamilton, his wife Eliza and her sister, Hamilton’s one-time love interest, Angelica, is illustrated throughout the tape in a starkly relatable manner. On “Satisfied,” Hamilton (Miguel) and Angelica (Sia) meet for the first time, and their exchange elicits the same feeling as dialogue in a John Hughes movie: “You strike me as a woman who has never been satisfied,” he tells her, to which she replies, “I’m sure I don’t know what you mean. You forget yourself.” The awkward back-and-forth adds humanity to people usually only read about in terms of historical dates and events. As the storyline progresses, various artists adopt the persona of Hamilton, Angelica, and Eliza, as well as others including King George (Jimmy Fallon) and George Washington (John Legend). There are a nutso 36 features on The Hamilton Mixtape, but Miranda chose wisely. Almost every rapper and singer add their own personal touch without detracting from the cohesion of the mixtape.

Hamilton’s life story is accompanied by the backdrop of the Revolutionary War and its aftermath. “Valley Forge (Demo)” features Miranda rapping as Hamilton about the desperate position the American rebels were in during the winter of 1778. Beyond the song’s technical brilliance and simple but effective beat-boxing, Miranda rapping about Valley Forge proves just how unlimited the parameters of Hip Hop are. There are certainly enough songs that reference the 18th century, but The Hamilton Mixtape also touches on current events. “Immigrants (We Get the Job Done)” by K’naan, Residente, Riz MC and Snow Tha Product is a middle finger to the anti-immigrant sentiments of President-elect Donald Trump (and Vice President-elect Mike Pence for that matter). Records of this ilk add bite and relevance to this tape.

The score on The Hamilton Mixtape, also by Miranda, is as sprawling as the guest list. The thick drums on “My Shot” emanate a raw Hip Hop feel whereas plucky piano keys groove with John Legend’s soulful crooning on “History Has His Eyes on You.” No matter how diverse, the production always fits because it underscores the narrative, whether it’s the wistful piano keys of “Dear Theodosia” or the subdued melancholy of “Burn.” Andra Day’s searing vocals and telling narratives on the latter make the song one of the most outstanding on a project full of gems.

The Hamilton Mixtape stays sturdy throughout 23 tracks, though there are a few missteps. Wiz Khalifa’s “Washingtons By My Side” is sonically pleasing but is out of place sandwiched in between Miranda’s provocative “Cabinet Battle 3 (Demo)” and the aforementioned “History Has Its Eyes On You.” Jill Scott’s “Say Yes to This” is part of the narrative that leads to the downfall of Hamilton’s relationship with Eliza, but could have been left out without hampering the storytelling. Regardless, these are minor quirks that do very little to bog down the project as a whole. The Hamilton Mixtape is an enthralling musical journey through American history that manages to stay relevant to our country’s turbulent political landscape.