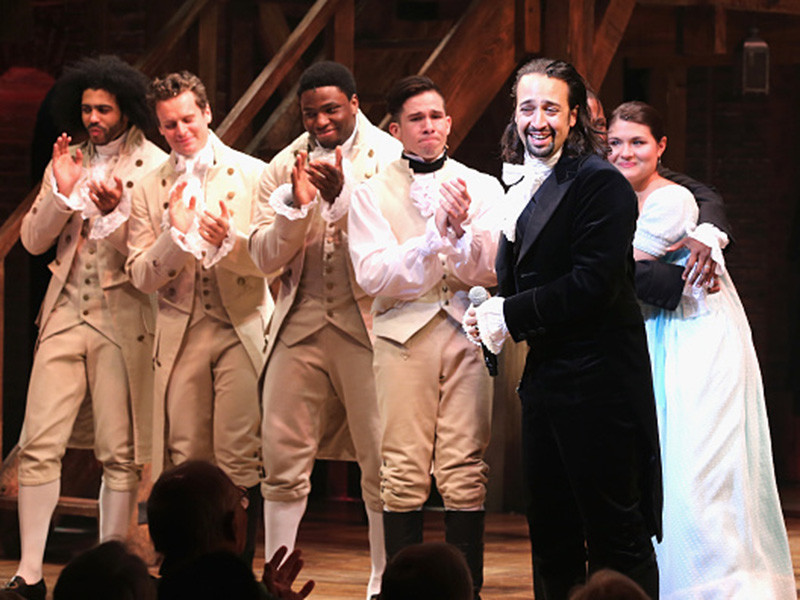 Donald Trump's Shots At "Hamilton" Backfired In A Big Way

Manhattan, NY – Despite President-elect Donald Trump’s outraged response to the Hamilton cast’s statement directed at Mike Pence, things just continue to look better and better for the Grammy Award-winning Hip Hop musical. The week after Trump demanded an apology from the cast of Hamilton, the show broke the record for most money earned in a single week.

It’s yet another accolade for the outrageously successful show, written and composed by Lin-Manuel Miranda. Hamilton is sold out months in advance (standard NYC tickets are currently available for next August), and will be opening in both San Francisco and London over the coming year. Earlier this year, it broke the record for most Tony-Award nominations with 16, and won 11. It also took home the 2016 Grammy for Best Musical Theater album.

Shortly after election night, Vice President-elect Mike Pence went to see the Broadway smash hit with his nieces and daughters. At the end of the performance, actor Brandon Victor Dixon delivered a statement directed toward Pence that included sentiments such as “We truly hope that this show has inspired you to uphold our American values and to work on behalf of all of us. All of us.”

Trump took to his infamous Twitter account to tell the world that he’d heard Hamilton was overrated, and said that their cast had harassed his VP.

It’s very possible that Donald Trump could learn a thing or two about his new role by attending the show, which features characters such as George Washington, Thomas Jefferson and James Madison.