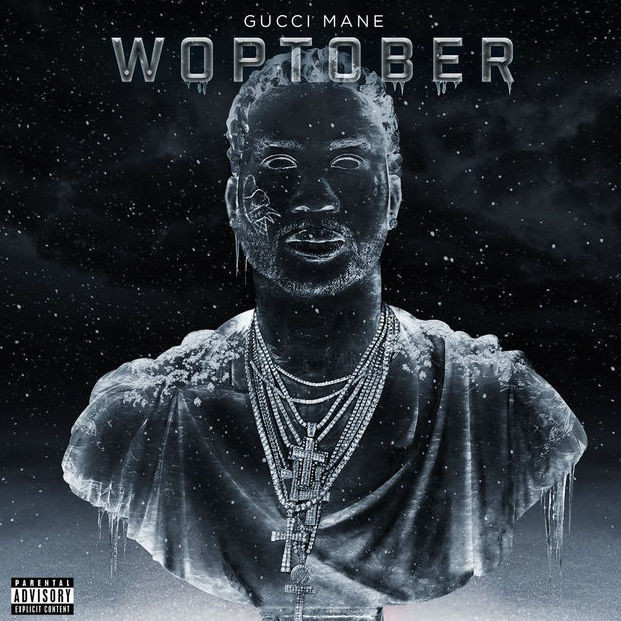 2016 has been a relatively strange year for Hip Hop, and somewhere between Azealia Banks going ham on Russell Crowe and the Kid Cudi to Kanye West to Jay Z grand unraveling stands the debut of a clear-headed, serene and soft-spoken Gucci Mane.

Since being released from prison this past May after a two-year stint for weapons charges, the now 36-year-old Radric Davis has been enjoying all the spoils that come with the “free rapper” fanfare: collaborations with league-leaders Kanye West, Drake and Young Thug, high-profile interviews, and his highest Billboard 200-charting album this past June.

Yet, through the thick of the forest of new leaves that have been turned over in Gucci’s life, something is noticeably off when it comes to the music, as his eighty-someteenth release (and second of the year) Woptober exhibits. Even with all the usual suspects on production duty to lead the charge (Zaytoven, Metro Boomin, London on da Track, Drumma Boy), this sober Gucci Mane is devoid of the reckless abandon in his delivery and conviction that earned him a share of the Trap Kingdom all these years.

When Zaytiggy provides that familiar keyboard bounce on “Right on Time,” as previously heard on winners such as “Missing” and “Wasted,” La Flare opts to color in the lines with drowsy lyrics: “Right on time, right on time, Gucci back it’s right on time/I forgot so many bitches man, I shoulda wrote them down” that don’t define a comeback outside of the music actually happening.

The same can be said for the following track, “Bling Blaww Burr” where Young Dolph outcharms his living inspiration on the heavy metallic Metro Boomin production with a verse that can hardly be considered as impressive in its own right. When resorting back to familiar territory, Gucci virtually comes across as bored, like when he gets metaphorical on “The Left” (“God please protect me if this shit go left/Cause I can cook a kilo by my g*ddamn self/In the kitchen water whipping with the left/I don’t know Redman, but I know who got the meth/I feel like I’m a one man BMF…”) or simply self-explanatory on “Icy Lil Bitch” or “Money Machine” (despite the latter being memorable by a subtle 808 blowout by Honorable C.N.O.T.E. and a clever Rick Ross appearance).

On the flip side, it’s such sobriety that has Gucci Mane also dropping some of the most telling material of his career. The album’s best track, the piano-laden “Addicted,” finds Gucci seemingly catching a second wind with his flow on the 13-track album anchor where he not only pinpoints the root of his drug and legal issues (“Gambling, sellin’ dope and trickin’ folks that run in my family/My daddy was an alcoholic, momma she’s a junkie daughter/Cousin smokin’ crack, I guess she forgot all my aunt done taught her/Plus I got two brothers that I don’t know from a addicted father/And all the pain I caused my mother, bet she wish she had a daughter”), he refuses to make excuses for his actions, which included treating six-figure automobiles like go-karts (“But I can’t blame nobody but myself, it starts with myself/Cause rap can bring you wealth, but that wealth can destroy your health/Lookin’ in the mirror at myself, had to catch my breath/And tell myself that ‘Gucci, you an addict!’ That’s the first step”).

The same maturity bleeds into the cautionary tale of “Dirty Lil Nigga” where an unnamed child of the ghetto gets a life lesson from an O.G. who survived the block and wishes him the same fortune. And therein lies the beauty of this otherwise sluggish release. Although he’s far from a punk, the caricature we’ve come to know as Gucci Mane has shed a chunk of his unrepentant hood mentality in favor of a wiser narrator of the trap. Once he fully discovers how to convincingly put that into the music, the world had better brace itself.