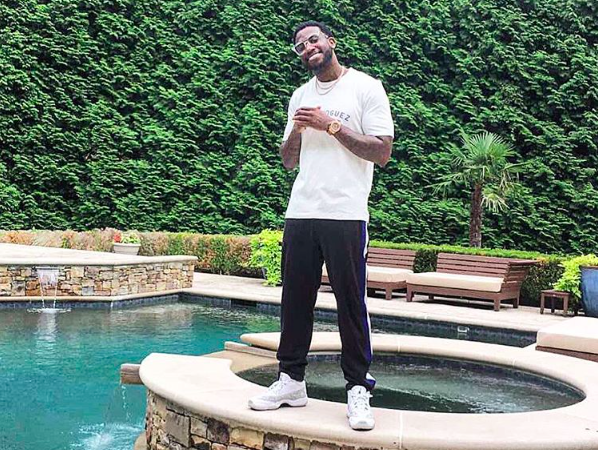 On the Billboard 200 chart, Everybody Looking sits at #2 with 68,000 units moved total, the Trap God’s best position on that chart yet.

The album boasts three singles that are charting simultaneously, “Back On Road,” featuring Drake #28, “Pussy Print,” featuring Kanye West at #31 and “First Day Out Tha Feds” at #42, which streamed 1.2 million times in the two days after its release. It also features beat-making magic from Guwop’s longtime producer Zaytoven as well as Mike WiLL Made-It and Drumma Boy among others.

The Zone 6 rapper made his way onto the Billboard charts in 2005 with his debut album Trap House, home of his popular single “So Icy” featuring Young Jeezy and Boo.

Altogether, Gucci has placed 28 albums on the charts with 2009’s The State Vs. Radric Davis and 2010’s The Appeal: Georgia’s Most Wanted both charting at his highest debut at #2 until the release of Everybody Looking on July 22.

This release broke Gucci’s tie with Lil Wayne for most albums on the chart by a rapper.