Review: Kid Red "Guilty By Association" On All Accounts With Latest LP 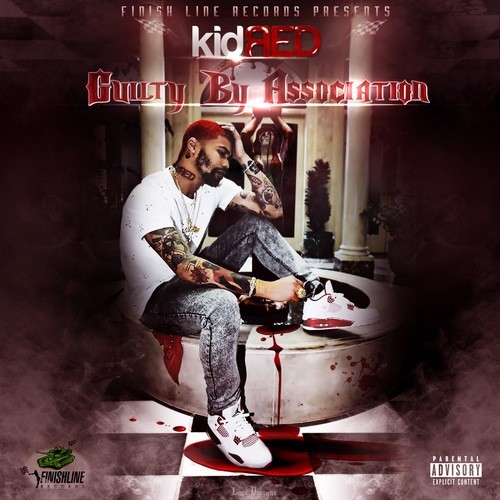 Game-affiliate Kid Red was involved in serious drama this past summer. His friend Kid Cali was murdered in August at a pool party he hosted. One might think that experience may have given him a wealth of artistic content from which to draw. However, his latest mixtape, Guilty By Association, follows a cookie-cutter formula of hardcore boasts over generic trap production.

The opening “Bandwagon” is prophetic of the tape’s repetitive themes: “I’m getting money they fuck with me now/Came up from nothing they fuck with me now/Now they look up and I’m running my town/You can see bitches in love with me now.” Besides playing with the pitch of his voice, Red does little to spice up these rhymes. The lyricism is similarly ho-hum: “Got it locked like dreadlocks/I just copped me a red drop,” he raps on the Beamer-ode “750.”

Red’s lack of personal flair would be more forgivable if he was more fun. Yet, much of the music is too downbeat, such as on “Bounce,” the mixtape’s single featuring Chris Brown and Migos. The song is clearly meant to be the marquee track, but there is nothing that sets it aside from any other club joint. Apparently, Kid Red’s mediocrity is contagious as Brown is on auto-pilot when instructing strippers to “Throw that ass in a circle, drop it down and pick it up.”

Most of the production on Guilty By Association is just as uninspired. Stuttering trap beats and ominous basslines are all too prevalent throughout, so much so that the songs become musically indistinguishable from each other. The worst offender is “Single.” Cheap handclaps and the beat-to-death “Hey” call back Kid Red’s pondering over why a beautiful woman is single.

There are a few standout cuts. “Gutta,” which remains memorable for Red’s melodic flow. Following that, the robo-roll of “Look Easy,” finds Red name-checking on the hook to a smooth effect: “I do it for the West like my name Eazy/You know my bitch fresh in her Yeezy’s/Whip a whole ki’ like I’m Jeezy.” The album’s opus finds Red not flossing but reflecting about friends who passed on. Though Kid Cali is not mentioned by name, his presence is felt when Red spits “I love my niggas unconditionally/I just wish that they was present with me physically.”

Moments like these don’t occur nearly often enough on the 18-track album. Its length makes a project that would have been repetitive at 12 tracks exhausting for its duration. Guilty By Association finds Kid Red basking in the spoils of the good life without any creative flair or finer points on how his status came to be.