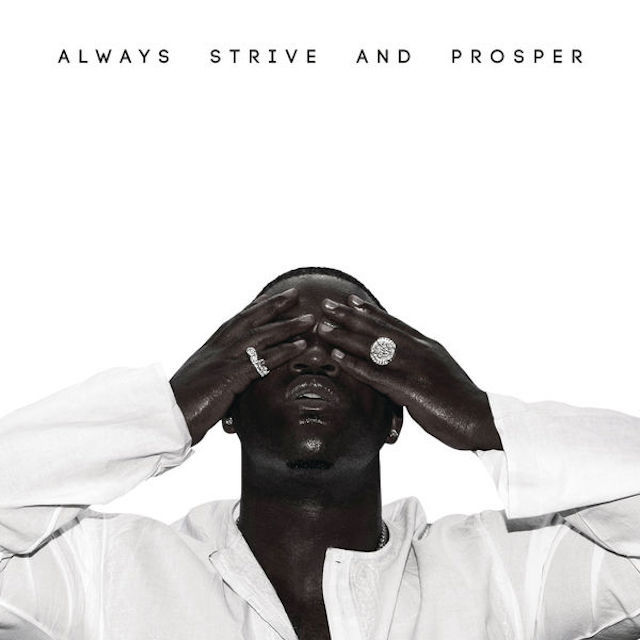 A$AP Ferg steps his game up and delivers his most complete project thus far.
It’s surprising that it’s taken this long for someone from the A$AP Mob to name a project after the most common breakdown of their A S A P moniker. After “as soon as possible”, the phrase “always strive and prosper” seems like a no-brainer for an album title from one of the Mob. As much as it would have suited A$AP Rocky and his prosperous come up, it is A$AP Ferg’s sophomore LP that gets blessed with the fitting title Always Strive and Prosper.

Ferg’s debut album Trap Lord was enjoyed a moderate reception but was exactly what people expected from A$AP’s second-in-command; an album full of surface lyrics and trap beats. He showed progression with flows and lyrics on his 2014 mixtape Ferg Forever but it still lacked that one-two punch that got fellow Mob member, A$AP Rocky to rap’s upper echelon. Always Strive and Prosper, however, might just be Ferg’s ticket to the big leagues.

You don’t have to be the biggest Ferg fan to see that this is his strongest project to date. It is the perfect blend of everything we love about Ferg and then some. There are still songs like “New Level,” and “Let it Bang” that satisfy the trap lord in all of us. Amongst his lyrical growth on this album, these tracks are a great reminder that Ferg’s bread and butter are still speaker-rattling bangers. On previous Ferg projects, however, that’s where things usually start and end but on this project, there are a new crop of tracks that expand his personal narrative and tell more of the story.

“Psycho” stands out as one of the album’s most notable for two reasons. First, long-time A$AP producer Clams Casino provides a moody, laid back, mid-tempo head bopper that is one of his best beats in years. Secondly, Ferg flexes one of those rap muscles that we rarely see from him. The prior track, “Meet My Crazy Uncle (Skit)” briefly introduces us to Ferg’s unstable uncle in which he proceeds to tell the intricate story of how said uncle parallels a psycho. Lines like “Pretend I’m older, I like the liquor odor you left/Then put your camouflage vest on like I’m holding a tech/Then point it at the mirror like I’m holding your rep/Though that mirror wasn’t me, but it was you I reflect” doesn’t sound at all like the Ferg we’ve heard in the past; the growth is refreshing. More vigilant penmanship comes out on songs like “Let You Go” and “Grandma.” The former dives deep into the ins and outs of relationships while famous whereas the latter touches on mentorships in all its forms. Both tracks reinforce the notion that Ferg is operating at a much higher level this time around.

Always Strive and Prosper isn’t a perfect seminar, though. Although the new subject matter and vivid picture painting is welcomed, the “Wild for the Night” knock-off, “Hungry Ham,” is not. Even with the Skrillex and Crystal Caines assistance, the song misses its high energy EDM/rap rhythm intentions and comes off as an electronic soundboard train wreck. It’s strange that Ferg even included it on the album seeing as “Strive” with Missy Elliott, who comes rather correct on her verse, fills that dance music-rap void nicely. “Yammy Gang” is another track the album could have done without. The title leads you to believe that the song will be a well-structured Mob cut dedicated to the late A$AP Yams but ends up being two and half minutes of messy instrumentation and unrelated lyrics.

Despite the occasional uncertainty, Always Strive and Prosper answers more questions than it poses. Ferg has clearly stepped up his game by delivering his most well-rounded project thus far. Whether it’s thundering club support or detailed stories about life in Harlem, Ferg proves that by stepping out of his immediate comfort zone, he has the ability to make a project that not only puts him at the top of the Mob but at the top of rap. Period.