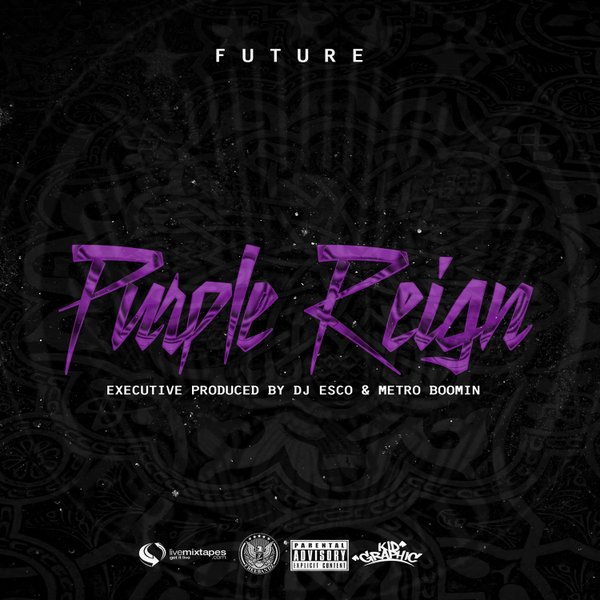 Future kicks off 2016 with Purple Reign, a mixtape that, more than showcasing his skill as a vocalist, celebrates his zeitgeist-controlling excellence as an artist. As an add-on to his forthcoming Purple Reign tour, only the mixtape’s title track feels like a radio-ready hit. Instead, this mixtape serves to showcase the steady creative evolution of a star sliding into his own unique artistic zone while keeping a media oversaturated fanbase possibly already tired of his What A Time To Be Alive album with Drake from hungering for new material.

Foremost, what stands out about Purple Reign is that Future is maturing as an artist. Gone is the split between unfocused mixtape material lacking potent hooks. Future’s found his artistic strengths and in this 13-track release now appears to be honing in on crafting his skill-set into something that will allow him to become a superstar.

The work of the producers showcased on the release is a highlight. Metro Boomin’s stunting all over these productions, and does the best job of really tapping into the vibe of where Future best excels as an artist. Inasmuch as Future became a superstar in 2015, Metro Boomin’s excellence last year was directly hinged to just how comfortable Future sounded on his productions. He has five tracks placed on this mixtape, and “Drippin’ (How U Luv That)” could be the best of the quintet that includes “All Right,” “Wicked,” “Hater Shit” and the aforementioned “Purple Reign.” “Drippin’” has enough of a traditional R&B swing to it that it mellows out the harsher trap-rap edge of the track and allows for Future’s noble attempts at sing-rapping to not feel as though they’re creating an intentional dichotomy with the production. As Future morphs into some sort of 2010s version of Jodeci’s K-Ci Hailey in promising his boo “a taste of the high life” on the song, it’s quite the advancement.

The album’s titular track closes the mixtape, and is a swirling and warped guitar-led trap banger produced by Metro Boomin that includes the lyrics “focus on the path that I made, I took a chance / I put my passion and drive into this.” Future’s clearly at a point now where he’s reflecting, and it’s important. Of course, this song is preceded by solo piano led and ambient Southside-produced ballad “Perkys Calling,” in which Future laments not having anyone with whom to discuss the realities of his success, thus he turns to taking Percocets to cope with his emotional pain. It’s a bizarre commingling, but if you’ve been following the story of Future’s success, this awkward emotional combination is absolutely par for the course.

Jon Boii’s “Never Forget” is the best of the rap-aimed productions on this mixtape. Future differs from artists like Migos on his mixtapes in that he attempts to satiate both his OG and current pop fan bases. Thus, for those who were turning up in Magic City to his underground material prior to “Turn Off The Lights,” his romance with Ciara and DS2, he speaks of “never forgetting” a life defined by drugs, guns, and general knucklehead behavior. For as much as Future’s a verifiable top-40 superstar, his desire to keep both sides of his stardom equally represented is notable and thus makes him unique as compared to other trap-to-pop superstars.

While not DS2 nor What A Time To Be Alive, Purple Reign is an important Future release because it shows an artist continuing the work of discovering his best talents while also staying well within his own, now well-defined zone. Tracks like “Purple Reign” and “Drippin” on this mixtape showcase where Future’s talents are most fully formed at-present and can be appreciated by both long-term and relatively new Future fans. However, if a Future completist, listen to the rest and find the many points of evolution in his craft. Four years after breaking through, Future’s now establishing himself as a dominant pop star for years to come.