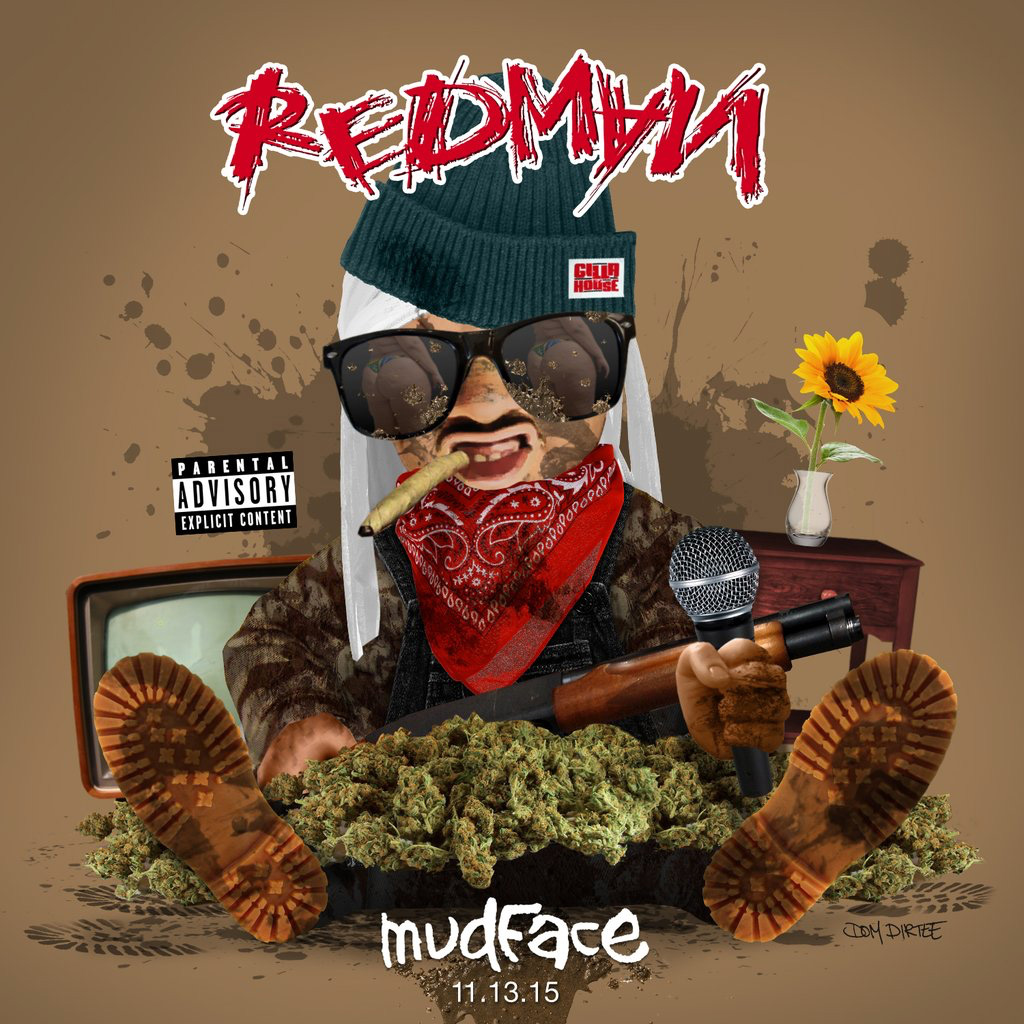 It’s not like he tries to hide it: Redman is unapologetically 90s. “Of course I think my era’s the best,” he growls on “Bars,” one of many gritty boom bap anthems on Mudface, his first album in five years. Indeed, we’re a far cry from the time when Redman single-handedly saved Def Jam from bankruptcy in the 90s. Nowadays, it seems like Reggie Noble spends most of his time in the label limbo created after announcing potentially high-profile releases like Muddy Waters 2 or Blackout 3. Most of his Def Jam labelmates from back in the day are now either moguls or reality TV punchlines. But Funk Doc remains in the trenches. An effortlessly likeable rapper’s rapper, ruthlessly effective on the mic, funny – and seemingly forgotten by the public-at-large.

And while Mudface could have put the spotlight back on him, it is an album that very much preaches to the choir. It’s vintage Redman. Punchlines whizz by left and right; ruggedly funky, bass-driven beats practically force you to nod along; and the subject matter remains in his usual wheelhouse of weed, violence and sex. This is by no means a bad thing. And Mudface is a definite step up from 2010’s Reggie, one of the rare misfires in Redman’s discography. Red tries to rebrand himself as an independent artist here, free from the major label shackles that seemed to slow down his career for the latter half of the 2000’s, and it does indeed sound like he’s having fun. The hilarious video for Dopeman is a case in point. But when it’s all said and done, the fact remains that Mudface feels more like a mixtape with a few bells and whistles than a new statement for where Redman’s career is going to go from here.

Muddy Waters 2: The Preload proved to everyone that he’s still got bars. But Redman always had a unifying vision for his full-length LPs. From Whut? Thee Album to Malpractice (and even on Red Gone Wild) there was an almost cinematic sweep to his albums. Mudface, in comparison, feels smaller, less consequential, like a simple succession of disparate rap songs. They’re all consistently good songs, but they don’t quite amount to a satisfying album.

It all kicks off (after the obligatory Dr. Travis intro) with “Wus Really Hood,” a thumping, minimalistic call to arms (“When I do a show when it’s over: bitches / When you do a show when it’s over: crickets”). On the moody “Gettin’ Inside” Redman reckons with his status as an underdog (“Fuck outside, I’m getting inside”). The riddim-inflected “N***a Like Me” finds Funk Doc serenading his favorite all-natural medicine. On “Let It Go,” Redman effortlessly flows over 808 drums and a somewhat timid sub bass. And boom-bap lovers will appreciate the album’s closer “Go Hard” with its hard-hitting drums and jumpy keys.

This lot might not move the needle on Redman’s popularity. But one thing is for sure: Mudface is an album for the long-time fan. 34 minutes of bars that will put a smile on the face of anyone old enough to remember seeing How High in theaters. If there was more an artistic vision to accompany his prodigious talent. Redman is a legend of the underground. But, on Mudface, he only partly lives up to that name.