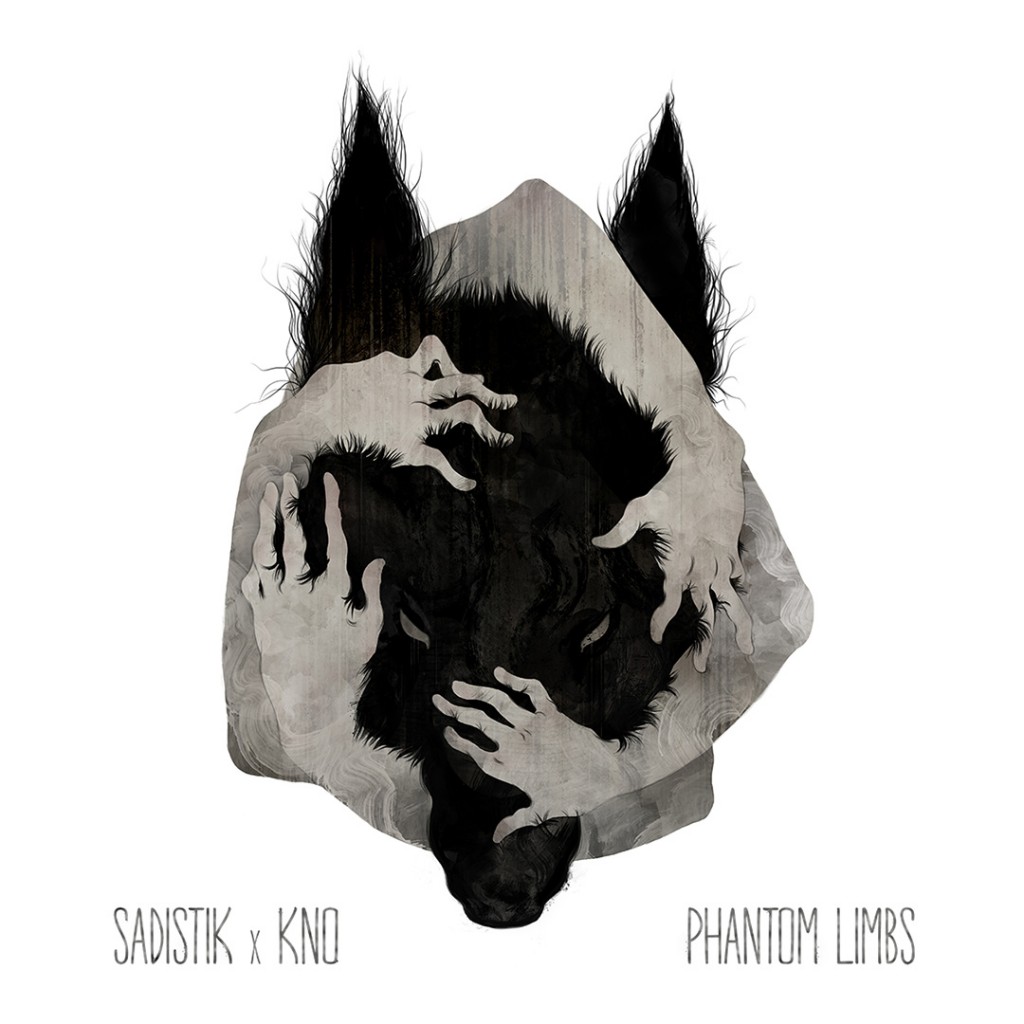 A collaboration between Seattle emcee Sadistik and CunninLynguists producer Kno should come as no surprise. The two showed great chemistry on “Kill the Kings” off Sadistik’s 2013 album Flowers for My Father and have continued to work together ever since. As the man who once dubbed himself the “emo Premo,” Kno certainly understands how to craft sounds for the dark imagery employed by an artist like Sadistik. The Phantom Limbs EP marks their first endeavor as a duo and does not disappoint.

Those familiar with Sadistik’s career will be very familiar with the lyrical themes employed on Phantom Limbs. Like most of his past work, the writing on this EP is evocative. Sadistik paints vivid pictures with his words that bring listeners into his state of mind. Being emotional is sometimes used as a pejorative in Hip Hop, but it should not be. Sadistik’s lyrics can be classified as such in that they are raw and intense. That emotion is an asset, particularly when paired with the rhyming skills of Sadistik. His first verse on “Daydreams” is a great example of this:

“Nightmares and dreamscapes/ Sylvia invented that word, she’s my dream date/ She’d leave me keepsakes/And asked me if I’d keep her safe, I found a way/Now I’m out of place, high without a trace/I’m in outer space, a downward spiral state/A sequoia in a flower vase/Roots reaching like a mile away/Either way, I don’t wait/Lie Awake, eyes are weights/Visions of a smiling face/Imprinted on a prism with his dying traits/I’ll close my eyes I can fly today/So high I can stay, away from everybody/Away from all the mirrors, safe from any judgement/They don’t want me here, maybe heaven loves me/The night terrors make me daydream/And lately it’s the same thing.”

What makes Phantom Limbs work so well, perhaps better than any of Sadistik’s past work, is the production of Kno. Having one of the best producers in Hip Hop involved is obviously a major asset to any project. But more than that, Kno has a knack for crafting beats that embrace Sadistik’s melancholy sentiments yet illuminates them.

The EP’s opener “The Darkness” kicks off with a vocal sample that would sound right in place as a hymn at a Catholic mass. As the beat builds and the drums kick in, the mood is set for Sadistik to embrace this special kind of darkness. Instead of creating a song that is nothing but gloom, the light added to the record makes it something much more unique.

What’s most impressive about the dynamic between Sadistik and Kno is one never overshadows the other. There’s no overbearing beat that drowns out Sadistik’s words or a point where Kno’s beat comes across an afterthought. Still, there are showcase moments for each artist. The posse cut “Unaware” is a lyrical exhibition for the emcees involved as Chino XL, Sheisty Khrist and Metasota join Sadisitik for some wordplay wizardry. On the other side, EP closer “In Heaven” is a highlight for Kno behind the boards with its pipe organs and deftly placed drum pattern. Still, the production behind “Unaware” is what guides it just as Sadistik’s lyrics enhance the instrumental on “In Heaven.”

Phantom Limbs is a fantastic addition to the respective discographies of Sadistik and Kno. Sadistik delivers quite possibly the best work of his career while Kno continues to prove why he’s one of Hip Hop’s elite producers. The duo is in sync throughout the entire EP as they craft one of 2015’s most striking releases.

Make no mistake, Phantom Limbs is music for your headphones. The EP format works to its favor as a 10 plus track LP may have been too heavy for long lasting appeal and replay value. Instead, Sadistik and Kno follow the old GZA adage of “half short, twice strong.” Phantom Limbs may clock in at less than 30 minutes, but it’s just as potent as any full length album you will hear this year.