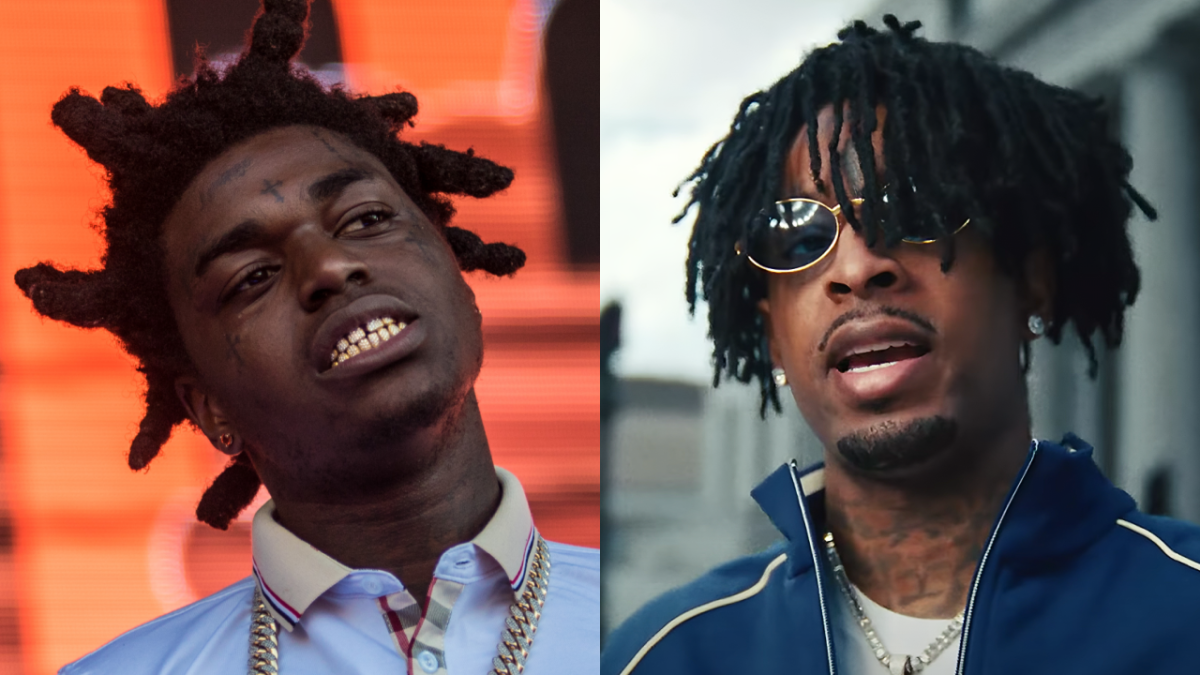 Kodak Black has called out 21 Savage after the Atlanta rapper said he’d “smoke” him in a Verzuz battle.

During a Twitch live stream with Kai Cenat on Wednesday (November 9), 21 doubled down on his recent claim that he’d beat any of his fellow 2016 XXL Freshmen — including Kodak — in Swizz Beatz and Timbaland’s popular sound clash series.

“I’m smoking Kodak,” he said. “Nah, Kodak got some shit, though. It just depends on how a n-gga play it, how it goes. N-ggas be acting like I don’t got that shit, that’s what be the problem. People be forgetting. I don’t know what n-ggas be thinking.”

21 Savage went on to remind fans of some of his career achievements, invoking J. Cole’s famous “platinum with no features” bragging rights.

Kodak Black caught wind of 21 Savage’s comments and jumped on Instagram Live to issue a response, suggesting the Slaughter Gang boss has been ducking his attempts to arrange the Verzuz battle.

“21 don’t want the smokes, man,” he said. “That n-gga ain’t say nothing yet. I done DM’d that n-gga. Man, wassup? Run it. I done hit Verzuz. Don’t be capping on this internet, homie. You ain’t ready to stand up in that fire, boy.”

Kodak then brought up 21 Savage’s Her Loss collaborator Drake, with whom the Florida rapper has also recorded plenty of music.

“Drake know that n-gga don’t want the smokes. Drake know what’s going on, boy,” he added. “Me and Drake got a few songs, homie. We gon’ see when Drake gon’ put them bitches out.”

Despite his earlier trash talking, Kodak Black saluted 21 Savage and praised Her Loss — which was released last week — as his best body of work yet.

“I ain’t gon’ lie, I fuck with that boy Savage, he straight,” he said. “But this, like, his best music. I listened to that shit, the album’s straight.”

“Kodak smoking dope,” he remarked. “We gon’ do it. We gon’ see what’s up. I’m keen to smoke, I love smoke. I go to sleep dreaming about smoke. I daydream about it, I’m in love with smoke.”

Kodak Black previously responded to 21 Savage’s original Verzuz claim earlier this week. “That’s how you should feel, know what I mean?” he said in an Instagram Live video. “But you know I always put myself first over any n-gga, any day. That’s cap.”