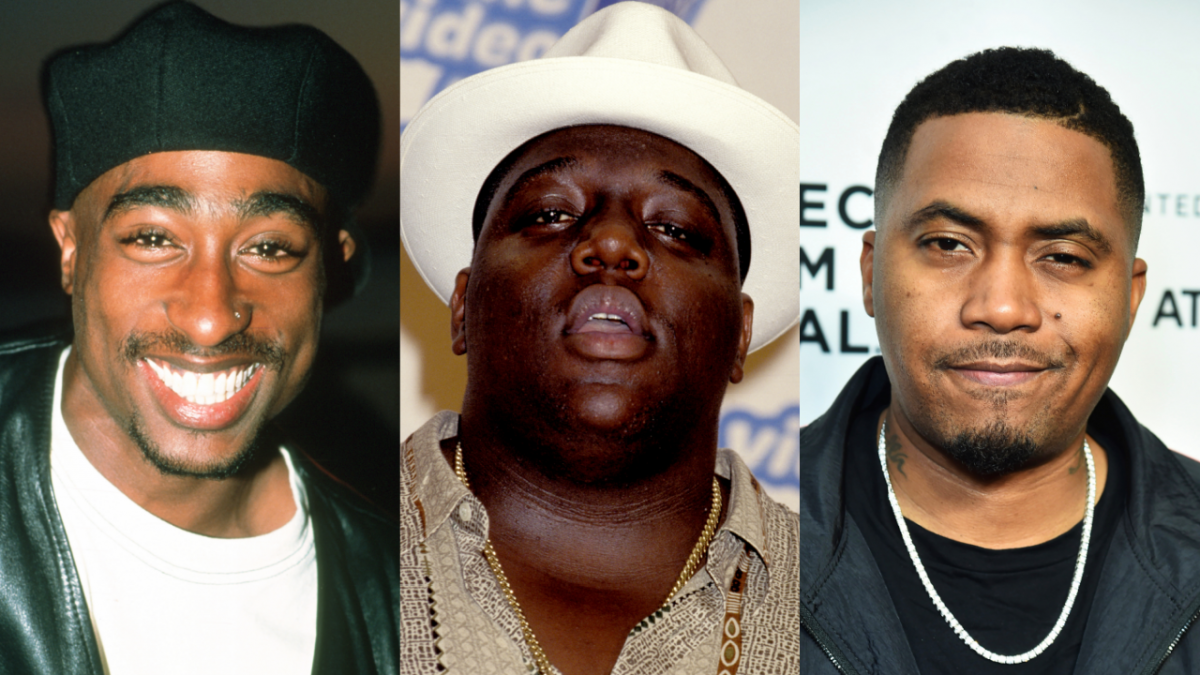 2Pac would destroy both Nas and The Notorious B.I.G. in a hypothetical Verzuz battle, according to Joe Budden.

The former Slaughterhouse rapper shared his hot take during a recent episode of the Joe Budden Podcast, in which Budden and his co-hosts Ish, Ice and Parks debated the outcome of a catalog contest between ‘Pac and Nas.

Budden was initially hesitant to share his opinion (“I don’t want to answer; they gonna say I’m hating on Nas”), before stating his belief the late Death Row rapper would “end” his Queensbridge counterpart — as well as his former Bad Boy rival — in the Verzuz ring.

“Alright, now that y’all have progressed the conversation, I’ma say this and I’ma put my shoes on while I say it,” he said. “‘Cause y’all are right: I think ‘Pac would end Nas in a Verzuz. [‘Pac] would end Big in a Verzuz, bad.”

Ice added: “He might even get [Nas] with Greatest Hits disc one.”

Budden claimed 2Pac’s four-album run from 1993’s Strictly 4 My N.-.G.G.A.Z. to 1996’s The Don Killuminati: The 7 Day Theory alone would be no match for Nas’ discography, nor the two widely acclaimed albums Biggie released in his lifetime.

“Big died too soon to play with ‘Pac,” he continued. “Ready to Die and Life After Death is not enough to [beat ‘Pac]. And ‘Pac got them same four albums I’m talking about? I just don’t know. I won’t disrespect Big like that — rest in peace to ‘Pac and Big – but the more I think about it…”

JAY-Z’s name also got thrown into the mix. However, Budden and Ish both agreed that Hov would have enough firepower to beat ‘Pac in a Verzuz battle, although it would be a close contest. “Hov got too many features and he lived too long,” Budden concluded.

Ice later imagined what Biggie’s Verzuz setlist might look like, listing off hits like “Juicy,” “Big Poppa” and “Hypnotize.” The debate soon came to a screeching halt, though, when Ish claimed 2Pac and Jon B’s “Are U Still Down?” would beat Biggie’s “Sky’s the Limit,” prompting Ice to walk out of the room in disgust.

Joe Budden isn’t the only one with visions of a posthumous 2Pac and Biggie Verzuz battle. Last year, Verzuz co-founder Swizz Beatz named the late rap legends as his dream match-up.

“My dream one, I want to figure out how to do ‘Pac and Biggie in a way that the people is gonna really love it,” he said during an appearance on ESPN’s Jalen & Jacoby.

However, given the hefty $28 million lawsuit Swizz and Timbaland recently filed against Triller, who purchased Verzuz last March, the future of the popular battle series remains unclear.