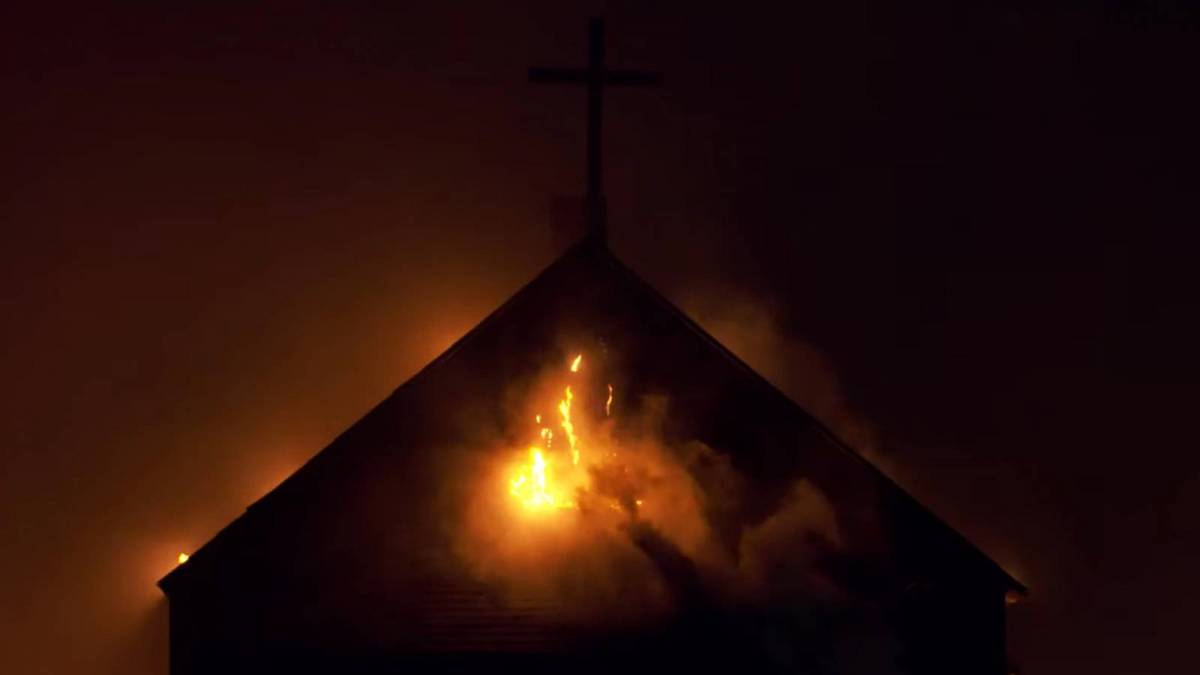 Miami, FL – Kanye West held the Donda 2 listening event at Miami’s LoanDepot Park on Tuesday night (February 22). After over two hours of playing nothing but a heartbeat, the main attraction began with a burning replica of his childhood home and Kanye dressed in head-to-toe black.

Wading through water and enveloped in smoke, Kanye blazed through each song and was soon joined by The Game for the previously released “Eazy.” When Ye got to the line about Kim Kardashian’s boyfriend Pete Davidson, the crowd cheered as he spit, “God saved me from that crash/Just so I can beat Pete Davidson’s ass (Who?).”

Kanye West was then joined by 2 Chainz and Migos while dozens of armored soldiers surrounded them, their faces obscured by black helmets. But throughout the project, there were so many lines directed squarely at Kardashian that it became quickly apparent the album is a primarily sad affair.

“Keep the flowers, sent a hundred thousand,” he raps, possibly a reference to the truck load of flowers he sent her on Valentine’s Day. “When you give them everything/They always want more” and “Never stand between a man and his kids/I’ll put your security at risk” also sounded like nods to his failed marriage and Kardashian’s new relationship.

Even so, Pusha T brought the energy level up when he joined Ye for “Diet Coke,” which the Clipse MC released earlier this month. Kentucky-bred rapper Jack Harlow, with all of his posturing, stepped up next and spit a few bars before the next song started.

The album took another sad turn when vocals from Kardashian’s Saturday Night Live monologue started blaring over the speakers: “I married the best rapper of all time/Not only that, he’s the richest Black man in America/A talented, legit genius who gave me four incredible kids.” The ominous song that followed found Kanye rapping about how he needs to “remove” himself from the situation before he “loses” himself.

Anticipation for an André 3000 appearance, whose bars on “Life of the Party” won the 2021 HipHopDX Verse of the Year, sadly didn’t lead anywhere, but fans were shocked to hear the late XXXTENTACION pop up. Notes of Carl Orff’s masterpiece “O Fortuna” floated through the air as the show continued.

Marilyn Manson and DaBaby eventually surfaced for “Jail,” which Kanye did for the Donda listening event in Chicago last summer as some sort of statement on cancel culture. Alicia Keys also donated her talents to the event, playing and singing the hook from Fivio Foreign and Kanye’s “City Of Gods” collaboration.

Other contributors include Playboi Carti, Soulja Boy (finally), Baby Keem, Don Toliver and Vory. But anyone wanting to get their hands on Donda 2 will have to purchase a stem player for around $200. The album won’t be available on Apple Music, Spotify, Amazon, YouTube or any other streaming services as part of Kanye’s “anti-streaming revolution” — at least not yet.