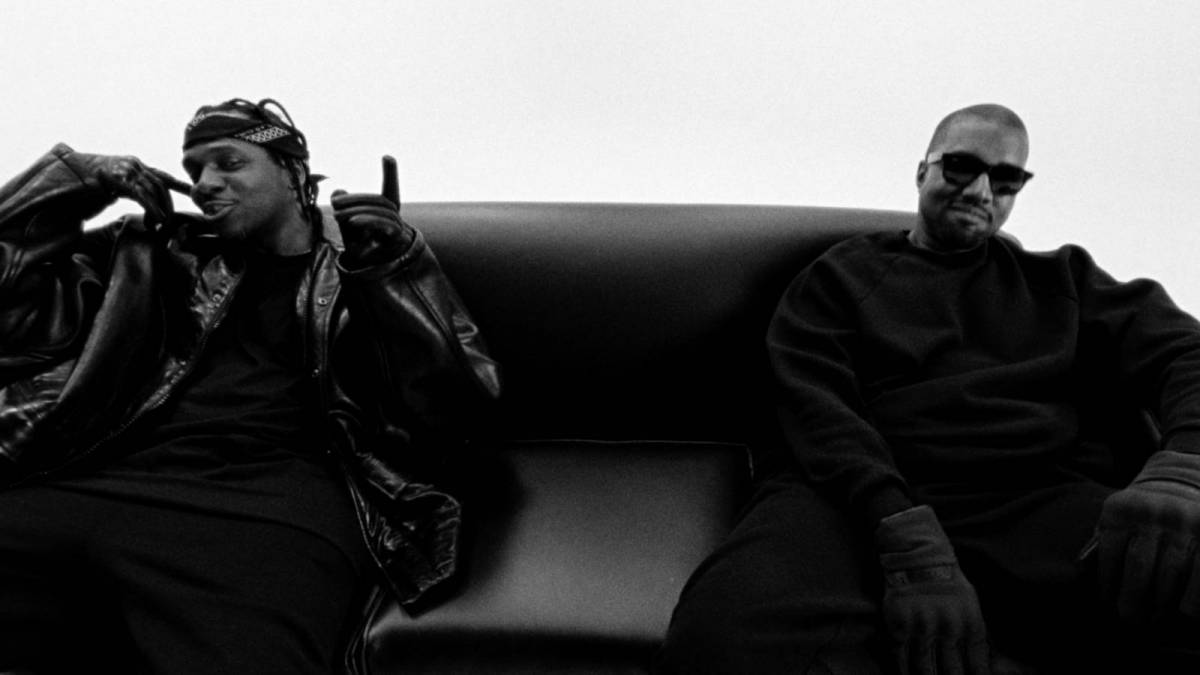 Pusha T is readying his first studio album since 2018’s DAYTONA and kicked off the rollout with the inaugural single “Diet Coke” on Tuesday (February 8). Just hours after its arrival, King Push is back with the visual for the track.

Directed by Omar Jones and Onda, the black-and-white affair features Kanye West— who co-produced the song alongside 88-Keys — and Pusha T nodding along to the beat as the Clipse MC fires off his signature coke bars.

“The flow’s untouched, the drums is tucked,” Push spits over the piano-laced beat. “Drive Cullinan when roads get rough/Snows are must, the nose adjust/Young Gs like we Hov and Puff/Best jewelries and hoes we lust.”

Shortly after Pusha T started trending on Twitter, the 44-year-old rapper suggested his new album has more mature content. After Spotify’s Head of Urban Catalog Carl Chery tweeted, “Pusha T coming up with new coke references will never get old,” Push replied, “Welp this album is abt feeding the conscious mind, I hope you aren’t disappointed… I’m growing up Carl.”

After all, it’s been nearly four years since DAYTONA arrived and a lot has changed for the Virginia native. In July 2018, he married his longtime girlfriend Ginny Williams in a private ceremony and less than two years later, they welcomed their first child. His contractual obligations to Def Jam Recordings have changed, too.

Last month, the G.O.O.D. Music president shared a photo to his Instagram page revealing his Def Jam contract had been fulfilled. He added in the caption, “Some people call you their brother, other people show you you’re BROTHERS. Thanx ‘Yezos…’ @kanyewest,” causing many to wonder if he’d left G.O.O.D. Music altogether.

“[He’s still with] G.O.O.D. Music, he’s just not signed to Def Jam anymore,” Victor confirmed. “This is his last album on Def Jam. I mean, we might re-sign with Def Jam, I’m just saying he fulfilled his contract obligation. He might re-sign with Def Jam, it’s just the whole point of it is that he’s still with Kanye regardless to wherever he ends up with his next projects. It will be with Kanye.”

The release date for the forthcoming album, rumored to be titled It’s Not Dry Yet, has yet to be announced. Until then, check out the “Diet Coke” video above.