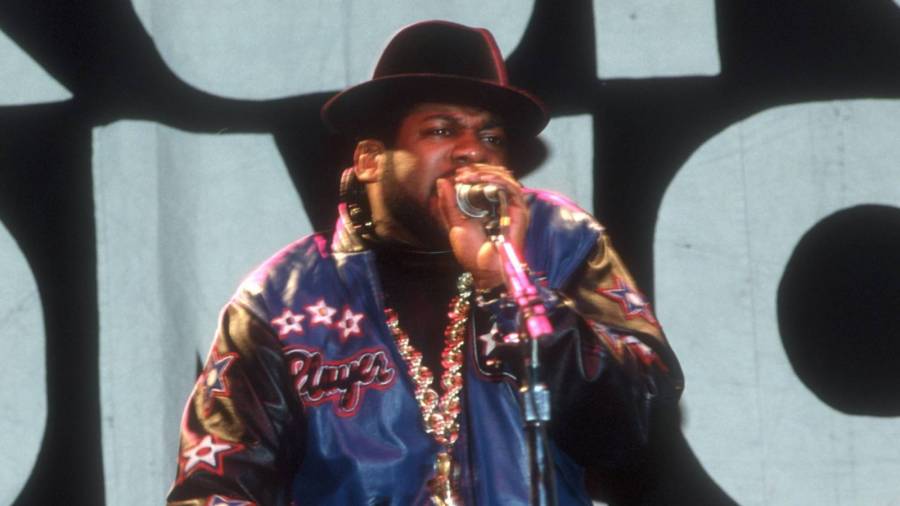 Jam Master Jay was killed inside his Jamaica, Queens recording studio on October 30, 2002, making Saturday (October 30) the 19th anniversary of his murder.

As Hip Hop remembers the Run-DMC legend on social media, more details have reportedly surfaced surrounding his death. According to an article by journalist Frank Owen, Jam Master Jay had connections to Black Mafia Family, adding another layer to the complicated case.

In the early ’80s, Run-DMC was on top of the world. Rev Run, DMC and Jam Master Jay were the first Hip Hop group to go multi-platinum, first to be on the cover of Rolling Stone and first to nab a Grammy Award nomination. By 1986, they were the biggest rap group in the world.

But still, like the title of their 1983 single, Run-DMC fell on “hard times” as their record sales declined. So, Jam Master Jay returned to Hollis and started his own imprint, JMJ Records. Just as things seemed to be on the upswing, the Internal Revenue Service hit him with a massive tax bill he’d incurred during the Raising Hell days. Unable to come up with the exorbitant amount, he eventually began to dabble in drug dealing as a way to pay off the debt.

Once Jam Master Jay met a “mysterious” man named Uncle, his drug-dealing side hustle elevated to a whole other level. Although Jay never revealed Uncle’s real name, he did let it slip he was part of the Black Mafia Family, the notorious drug laundering and money trafficking organization founded by Detroit brothers Big Meech and Southwest T in 1989.

A typical drug transaction would go something like this: “Jay made a call to Uncle and then Jay called me with a phone number,” a source said. “I went to meet some dudes at a house in St. Louis. Some guy asked me how much I thought I could move. I said 20 keys. They said ‘How are you going to get it back?’ I said I was going to drive it.

“They gave me a phone number and said ‘Call this number when you get back so we know you made it.’ I walked out with twenty keys of coke just on Jay’s name. That’s how crazy it was.”

As soon as Jam Master Jay sold the cocaine, he reportedly either drove back to St. Louis to pay for the consignment or BMF members would pick up the money.

When asked why JMJ would risk his career, the source explained, “You gotta understand, the one thing a street guy wants is a connection to the cartels, a connection to someone who can give him all the cocaine he wants. That’s like a unicorn in the drug world. When you find a unicorn, you’re not going to walk away from it. Uncle was a unicorn.”

But Jam Master Jay ran into a snag during a trip to Washington D.C. where Uncle gave JMJ a “large amount” of cocaine on consignment. The secondary purpose of the trip was to introduce Uncle to former Hollis Crew associate Yakim who’d moved to Baltimore and told JMJ the drug trade there was thriving.

JMJ brought Ronald “Tinard” Washington along with him due to his experience selling drugs in the Maryland metropolis. Things went south when Yakim realized Washington was the same person who broke into his house years earlier and stole some of his valuables. Consequently, JMJ cut Washington out of the deal and that’s when he allegedly began to plot JMJ’s murder.

The case stalled for 18 years until August 2020 when the U.S. Attorney for the Eastern District of New York charged two suspects with JMJ’s murder: Washington and alleged fellow dealer Karl “Little D” Jordan, both members of JMJ’s inner circle. While there’s yet to be a conviction, the government is seeking the death penalty for both Jordan and Washington.

With renewed interest in the Black Mafia Family’s story thanks in part to 50 Cent’s BMF television series and BET’s American Gangster: Trap Queens which stars BMF First Lady Tonesa Welch, there appears to be an even crazier connection than originally thought.

One night, the source was watching BMF: The Rise and Fall of a Hip Hop Drug Empire, which featured a wire-tap of Southwest T (real name Terry Flenory).

“I nearly fell off the couch,” the source said. “I knew that voice. It was Uncle, it was fucking Uncle. So I called the FBI and said ‘This is going to sound crazy, but I believe Uncle is Terry Flenory’.”

But Southwest T refused to speak to the FBI, so whether that’s true remains an enigma.

Following the indictment, Run-DMC legend Darryl “DMC” McDaniels told HipHopDX, “Although this latest news opens up a lot of painful memories for all of us who knew and loved Jam Master Jay, I’m relieved to hear that two suspects have been arrested and charged with his murder. It’s been a difficult 18 years not having him around while knowing that his murderers were not yet indicted for this heinous crime.”

He added, “I commend NYPD, NYC Detectives, Federal Agents and all the law enforcement who were involved in this case, for not giving up and working to bring justice for Jay. I realize this is a first step in the judicial process, but I hope Jay can finally Rest in Peace. My love to Jay’s wife Terri, his sons, his family, his friends, and all of his fans.”

But even as another painful anniversary arrives, DMC is able to smile, telling DX, “Nineteen years later after the passing of Jay, I smile. The thing that allows me to do that is…..I love seeing his kids! Every time I see [JMJ’s sons] TJ, Jessie or Jason Jr., it’s weird because I actually see Jay smiling at me, encouraging me no matter what. I have to keep on rocking and representing Hip Hop culture to its fullest extent possible.”