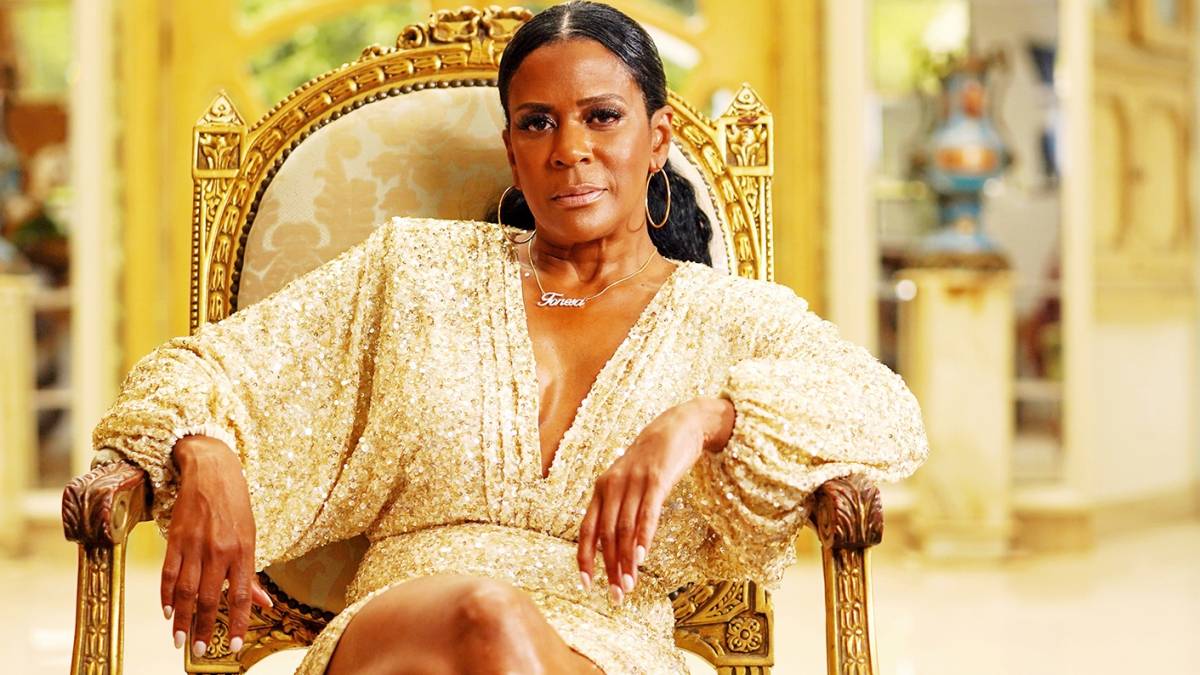 The notorious Black Mafia Family was founded in Detroit by brothers Demetrius “Big Meech” Flenory and Terry “Southwest T” Flenory, a drug trafficking and money laundering empire that was ultimately dismantled in 2005 when the feds finally cracked the whip.

While Big Meech will remain behind bars until 2028, Southwest T is already out after a judge granted him a compassionate release last year over COVID-19 concerns. As 50 Cent brings the Flenory brothers’ tale to life on the small screen with his new Black Mafia Family STARZ series, another former member of the infamous crew will get to tell her story.

Born to a middle-class family in Detroit, Welch became entranced at a young age by the money and power a street lifestyle could provide. By 19, she was running with BMF and living the life of a wealthy Hollywood star.

“I tell people all the time it’s like a habit … it’s an addiction,” Welch tells HipHopDX. “I had to have it. I had to have this money, I had to do this, I had to. It was crazy. It’s like I was on a high. You were on a high just doing something, making moves and getting away with it. It’s the whole power of it all, the way people looked at you. Then, once you come down, you’re like, ‘What was I doing?'”

The money came easy — but at a cost. After her arrest, Welch was sentenced to 57 months in prison, a far cry from the lofty sentence her then-boyfriend Southwest T received but long enough to hurt. She’ll never forget the moment those prison doors shut — the loud metal frames slamming behind her, ensuring her freedom was about to become a distant memory.

“It was the worst nightmare ever,” she says of that moment. “I was on a high for about 48 hours. I’d been in those drug addicted years. I was always partying … I don’t know what I was celebrating. It was like I was celebrating going to prison — who does that shit? Me and my friends, we partied so hard. So when I first walked in, I was still on this bender going in, and I had to turn myself in like at 11:30 a.m. in Victorville.

“The only thing I could think of was to hurry up and get processed. I wanted to go lay in a bed. I just wanted to hurry up and get processed. But when I woke up, I’m looking around, like, ‘Wait, what happened here?’ When I came down off of that high, it was the worst feeling ever. I felt like crap. I felt like, ‘How do you go from 1,000 count sheets, king beds, flying private to sleeping in here in prison?’ It was the lowest of the low, but I had to go through it. I had to have that crash.”

Welch was eventually released in 2012. Now, she’s actually grateful for her time behind bars because it changed her life. As she explains, the ex-BMF member was on such a high, she didn’t know when (or how) it would ever end.

“I’m happy that I went to prison,” she confidently admits. “Once I woke up, all that junk and all that stuff came pouring out of my body, and I came to reality. I realized that this is not the life. This can’t be it, and this is not my life. I’m better than this. I’ve been doing this for so long. I was happy that prison really changed me.”

Interestingly enough, her first prison was in the middle of a desert, which she took as a sign from her higher power.

“Of all the prisons that I could have went to, my first prison was in the desert,” she continues. “Once I opened my eyes and went outside, I was in the middle of a sandstorm. The only thing I could say is, ‘Why God? Why me?’ Then reflecting on all the pain and suffering I did to other people, myself and my community, I had that ‘why’ epiphany.

“That’s why you here — you going to reflect on it, you going to live in it and you going to understand what was going on in your life. You destroying yourself and others. And then my family. Even though I thought was doing a good thing for them, that wasn’t a good thing, bringing them into that life.”

There were other signs, too. Welch’s first job in prison was in the prison chapel. Although she always believed in God, that experience made her feel even more connected to a spiritual being.

“I had to go through that suffering. I had to purge all that stuff that was in me for years. How could I’ve been that person? I wasn’t even raised like that. Somewhere down the line, I got damaged. I wanted that life. I just didn’t understand what I was doing.”

Welch now works in prison reform and has dedicated her life to helping others. Meanwhile, Season 2 of American Gangster: Trap Queens is narrated by Lil Kim and currently streaming on BET+.