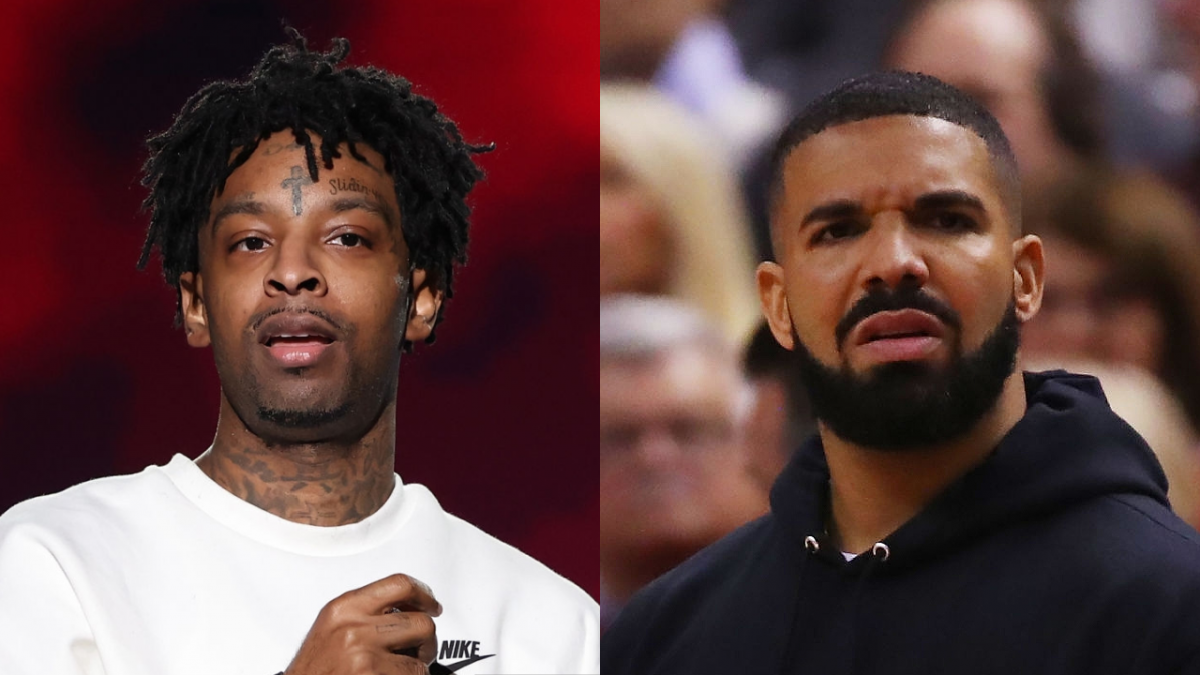 Drake may be one of (if not the) biggest rappers on the planet, as proven by the record-breaking success of his latest album Certified Lover Boy. But one city the 6 God will never reign supreme in is Atlanta — according to 21 Savage, anyway.

During a recent appearance on DJ Akademiks’ Off The Record podcast, the Slaughter Gang rapper — who grew up in East Atlanta after emigrating from London, England with his mother — argued that for all of Drake’s chart dominance, he’ll never be able to dethrone Future as top dog in the ATL streets.

“N-ggas don’t be listening to Drake like that where [I’m from],” he said. “When you ain’t no rapper, all them statistics don’t mean shit. A regular street n-gga don’t give a fuck about how many times you went Number 1 [or] how many white people listen to your shit, ’cause they don’t even think that far.

Backing up his bold claim, 21 Savage explained how Future’s preeminence in Atlanta is bolstered by the ubiquity of his catalog in the mixtape circuit, whereas Drake’s discography is more likely to be found in a big-box store than in the hands of a local bootlegger.

“Drake ain’t really no big mixtape artist like that,” he argued. “How you got all your Drake albums, you probably went in the store and bought them muthafuckas. Every Future album I ever heard was a bootleg. N-ggas was bootlegging it or going to LiveMixtapes, so when Nothing Was the Same or all that type of shit came out, n-gga I ain’t know how to get to that shit.”

21 Savage later took to Twitter to clarify his comments regarding the Drake vs. Future debate.

“Na I said some people that come from where I come from do,” he tweeted on Wednesday morning (September 29). “Because when I was younger I was disconnected from mainstream music I didn’t know what Spotify was until I was a rapper… all we knew was mixtapes.”

During his Off The Record interview, 21 Savage went so far as to say if he wasn’t a rapper, he wouldn’t even pay attention to Drake’s music — a curious statement for a rapper who has collaborated with the OVO boss several times, including on his latest album Certified Lover Boy (“Knife Talk”).

“If I wasn’t a rapper, I don’t feel like I still would listen to Drake, for real,” he said.

Nevertheless, 21 Savage still gave Drake props. He was quick to clarify that as a fellow rapper, “I understand the work he put it and how hard he go,” before later claiming he would have turned down an opportunity to work on Kanye West’s Donda out of deference to Drizzy.

“I’ma keep it a brick: me personally, I wouldn’t have wanted to be on Donda,” he said. “That’s just the type of n-gga I am… I fuck with Drake so hard.”

21 Savage’s Off The Record episode is set to drop in full later today. In the meantime, chew on his comments above.