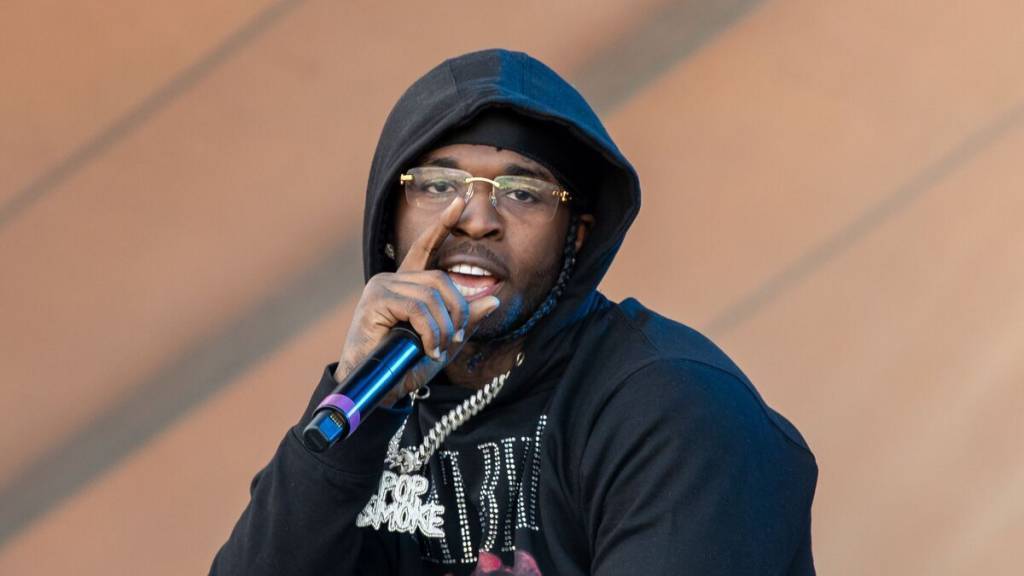 Pop Smoke fans shouldn’t get their hopes up for any more unreleased material — according to the late rapper’s best friend, at least.

“[In] my opinion, instead of dropping all 30 songs, I would have waited … until now, until next year, you know,” he said. “That way his name will stay alive, instead of just dropping it all at one time, you know.”

When asked if he believes Pop Smoke has any unheard music left in the stash, Dee replied, “I’m guessing this is what he had left in the vault.”

Since his tragic death in February 2020, Pop Smoke’s team has released a wealth of unreleased and repurposed material across two posthumous albums.

His debut album Shoot for the Stars, Aim for the Moon arrived in July 2020, just six months after the rapper’s death, and was followed by a deluxe edition weeks later. In total, the album contained 36 tracks.

Shoot for the Stars, Aim for the Moon debuted at No. 1 on the Billboard 200, making Pop Smoke the first rapper to debut posthumously at the top of the chart with his debut studio album. The project returned to the No. 1 spot in October 2020 and has been certified double platinum by the Recording Industry Association of America (RIAA).

Pop Smoke’s second posthumous album Faith followed in July 2021, featuring an additional 30 songs (deluxe edition tracks included). Once again, the album topped the Billboard 200 and wrote Pop Smoke into the history books, making him the first artist ever to posthumously have their first two albums go No. 1.

The “Welcome to the Party” rapper also posthumously appeared on Kid Cudi’s Man on the Moon III, French Montana’s CB5 and UK rapper Fredo’s Money Can’t Buy Happiness, as well as the soundtracks to Eddie Huang’s Boogie and the 2021 Fast & Furious film F9.

If Mike Dee’s claim checks out, it’s unlikely Pop Smoke fans will get a third posthumous album of never-before-heard material.

In February, Meek Mill previewed a yet-to-be-released collaboration with the late Brooklyn rapper, while French Montana claimed last October he’s sitting on nearly a project’s worth of songs with Pop Smoke.

The Brooklyn rapper’s distinctly deep voice was also heard during the August 5 livestream of Kanye West’s perpetually-delayed Donda album, which is due out later this month.