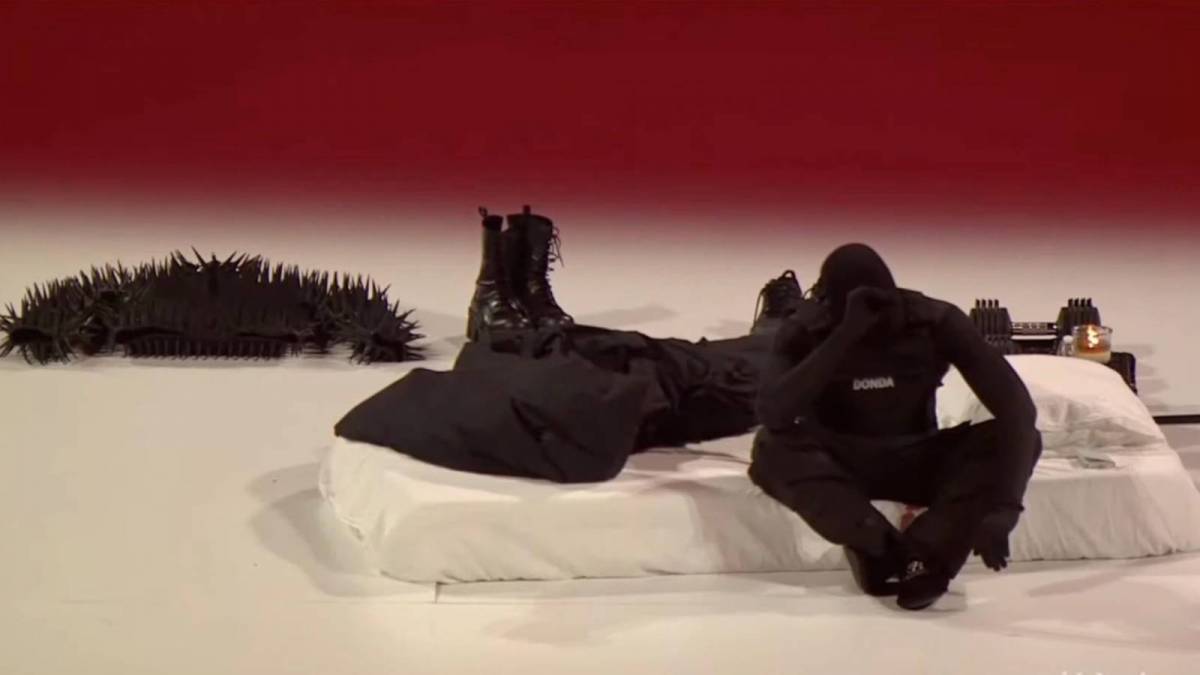 Kanye West’s second Donda listening party was hosted at the Mercedes-Benz Stadium in Atlanta on Thursday night (August 5), hours before the album was expected to arrive. Par for the course, the event didn’t begin on time but once it did, those in attendance militantly put their white lights up.

Dressed in a black Balenciaga spiked jacket, full-face mask and black pants, Kanye took centerstage in the blacked-out arena next to a single twin bed with a white sheet, set of weights and two pairs of shoes as dozens of people shrouded in black walked circles around him.

At one point, Ye started doing push-ups as the 24-track album played before stripping his jacket off to expose his “DONDA” vest.

HE DID THAT SHIT ON BEAT #DONDA pic.twitter.com/btqLLlIvUZ

The JAY-Z feature was one of the most talked about following the first Donda listening party. Even though Kanye and Hov have collaborated numerous times, most notably on 2011’s Watch The Throne, their friendship had been strained over the years.

In 2017, JAY-Z appeared on the Rap Radar podcast and explained Ye’s infamous rant during a Sacramento concert is what pushed him over the edge.

“I know him. He knows. He knows … I know he knows because we’ve never let this much space go between one of our disagreements and we’ve had many. That’s part of who we are. That’s what I liked about him. He’s an honest person. He’s open and he’ll just say things and he’s wrong a lot of times, but we’ll confront it.”

Now with that firmly behind them, fans are already talking about a possible Watch The Throne 2. For now, Donda is expected to arrive any minute and fans are holding on to hope hope it will actually drop this time.