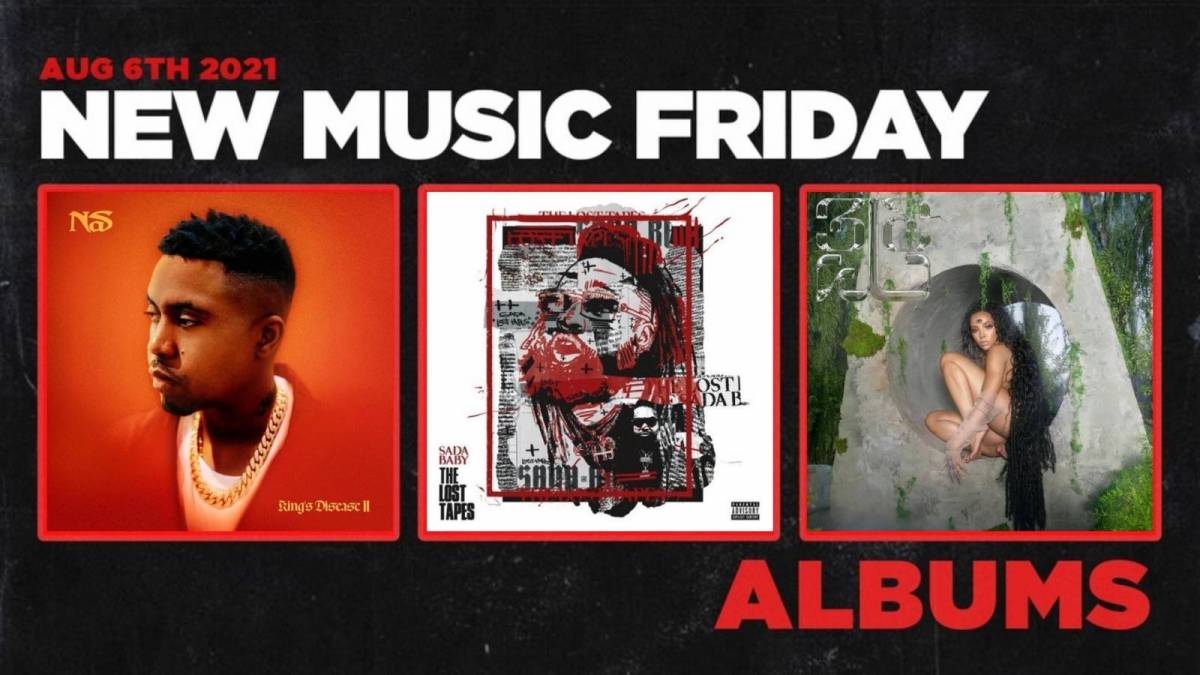 No, this is not the New Music Friday that yields Kanye West’s highly anticipated Donda album, even though he just live-streamed it for a second time.

With the exception of the absence of Kanye West and Nas’ head-to-head album battle, rap fans are still getting treated to a flurry of releases starting with new music from Detroit power-player Sada Baby, Baton Rouge rising star Fredo Bang, and the return of R&B firefly Tinashe.

Peep the full list of the hottest releases from the week ending Friday (August 6).

It is almost hard to believe that a career veteran such as Nas, who released one of the most highly regarded debut albums ever, Illmatic, earned his first-ever Grammy Award last year after delivering his 13th studio album. Following the delivery of his Hit-Boy-helmed King’s Disease, Nas seemingly picked up the pace by reaching back into his illustrious catalog to update a 28-year-old freestyle for RapCaviar x Spotify Singles track “Life Is A Dice Game” featuring Freddie Gibbs and Cordae.

Now,  just a week after snapping back into action to announce the surprise release of his King’s Disease 2, Nas makes good on his promise by dropping off the full 15-track release intact with guest verses from Eminem, A Boogie Wit Da Hoodie, Blxst, Ms. Lauryn Hill and more.

It’s Tinashe’s world now and she has bigger fish to fry than Jack Harlow, even though her dubbed her for Chris Brown for his Thats What They All Say album cut “Best Friends” last year.

Nevertheless, commanding the spotlight, Tinashe enters a new, independent era with the release of her 16-song R&B epic 333. Including her Outkast-channeling “Pasadena” single with Buddy, 333 includes features from Jeremih, Kaash Paige and more.

It’s safe to say that Skuba season is on the way, but it’s not here just yet.

Sada Baby made it crystal clear, back in March, that he was locked in the studio hell-bent on completing his debut album, offering his fans a taste of the action with his Hit-Boy-fueled, Big-Sean-assisted “Little While,” banger.

Though this isn’t the aforementioned debut project, the 13-track featureless project is a turnt-up precursor of what is to come for the Asylum records rapper and takes title inspiration from one of Nas’ classic mixtapes on the same day of his latest release.

It’s apparent that there is nothing that can hold Fredo Bang back from releasing music, not even jail time stemming from a parole violation.

All legal troubles aside, Fredo Bang is letting listeners, and presumably his ops, also, know the only way to stop him to literally take him out on his 16-track Murder Me album.