As Top Dawg Entertainment artist Isaiah Rashad prepares to immerse himself in the spotlight once again, the Tennessee native is talking to press again. In a recent interview with The Fader, Rashad opened up about his struggles with addiction and how the success of his 2016 album The Sun’s Tirade wound up leading him to some dark places.

With money stacking up in Rashad’s bank account, he invited some of his friends to crash with him at his Los Angeles pad and ended up funding their expensive habits while getting drunk before noon.

“And then…I ended up sleeping on my homie’s couch for like four or five months,” he said. “It was the quickest fall from grace I could ever imagine.”

Soon, Isaiah Rashad was showing up to the studio high and drunk and the other TDE members were starting to take notice. In fact, some of them even started to call him Bobby Brown, who has a reputation for drug and alcohol abuse and was once married to the late Whitney Houston.

“I was really disgruntled,” he admitted. “Instead of just explaining myself, I just assumed that n-ggas knew. Or I would just be drunk spazzing. And nobody hears that. They just hear that you’re drunk. You know they called me Bobby Brown? That shit hurt the fuck out of my feelings. That’s the worst type of vibe ever.”

Ultimately, Rashad decided to move back home to live with his mother, but TDE found Anthony “Top Dawg” Tiffith wanted him back in Los Angeles, hoping work would get him back on track. But eventually, he was forced to tell Top Dawg about his struggles.

“If I drink a small quantity of alcohol, I can find myself going back to the store like a zombie for more,” he explained. “It’s some shit that a lot of people don’t understand. A lot of people think it’s like a game. I didn’t know how strong alcoholism is either. But you really can’t fuck around with that shit if you know that you have it in the family.” 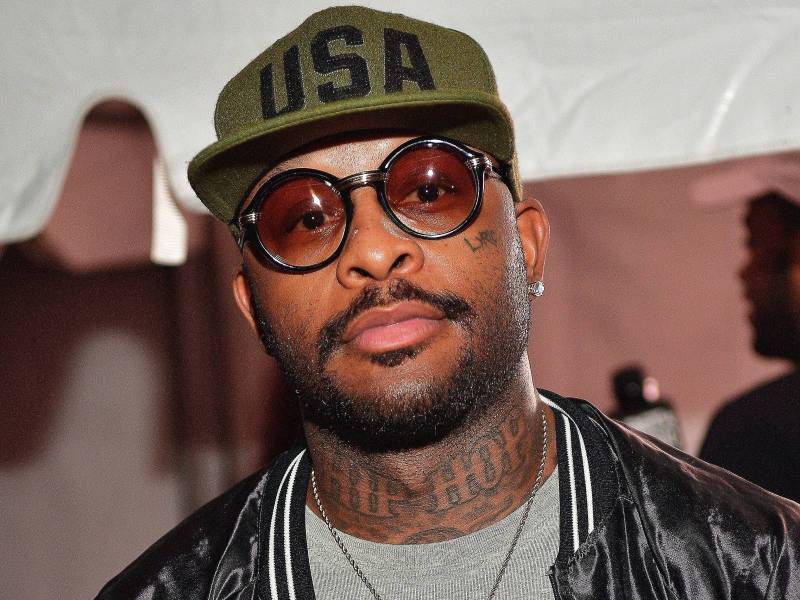 He added, “I was doing whatever I could to escape. I admittedly liked the feeling of being numb. Everything that ain’t good for me. Being out in L.A. without anything anchoring me down fucked me up. You can float off out here. You can get lost in this bitch.”

Fortunately for Rashad, he was able to crawl his way out with the help of rehab. Now, he’s back with a new single and video for “Lay Wit It” featuring Quality Control artist Duke Deuce, the inaugural offering from his forthcoming album, The House Is Burning.

In January, he proudly confessed he created the album entirely sober, tweeting at the time, “everything on the track list so far was made completely sober, which is a first. I quit drinking and recording around 2019. slick quit drinking then too. but ya kno. da wagon.”

Check out his latest below.