Akademiks has a habit of blabbing about people’s personal lives that sometimes lands him in hot water. The former Everyday Struggle co-host could find himself in trouble with Gucci Mane after a recent Twitch stream. During the broadcast, someone he was talking to cited Gucci Mane and his wife Keyshia Ka’oir as an example of a solid industry relationship.

But Akademiks quickly interjected and reminded everyone of Ka’oir’s alleged affair with Yo Gotti while Gucci Mane was behind bars.

“Hold on now — and I’ma be really respectful as I talk about this — because if we really talking about Gucci and his wife, a lot of y’all n-ggas be like, ‘Gucci’s wylin,'” he said. “Y’all know allegedly Gucci’s wife, while he was locked up, slept with Yo Gotti, right? That’s why he cussed out Angela Yee.”

Wary of being misunderstood, Akademiks insisted he meant no disrespect to Gucci Mane’s marriage, pointing out plenty of men struggle to make peace with a woman’s past. He then said Gucci Mane has a reputation for sleeping with lots of women before settling down with Keyshia Ka’oir.

“Gucci, at that time, was fucking mad bitches,” he added. “But the girl that he was gonna settle down with, that he always had an extra shit for, was Keyshia Ka’oir. He wasn’t with her his whole time. He was also kind of running around a little bit.

“When she decided to do her a little bit, allegedly, she might have been with Yo Gotti. Y’all demonize any girl that was ever with another rapper that y’all can recognize. Gucci married his girl. He realized she was a good girl, who held it down and who also helped him out with a lot of shit.” 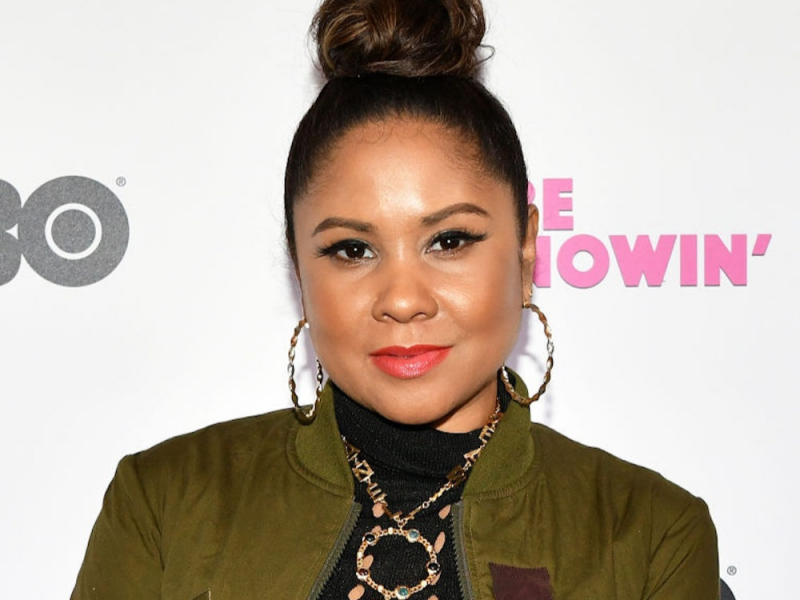 Ka’Oir allegedly dated Yo Gotti around the same time she and Gucci Mane became exclusive. Their purported relationship was the reason he and Gucci Mane were feuding at the time and, as Akademiks pointed out, why he snapped on Angela Yee.

According to Yee, she believes the beef stems from a 2013 Breakfast Club interview with Yo Gotti, where Gotti revealed he’d had sex with Ka’Oir, Gucci’s wife.

“He’s upset to this day,” she said, “and I guess he felt some vendetta toward me.”