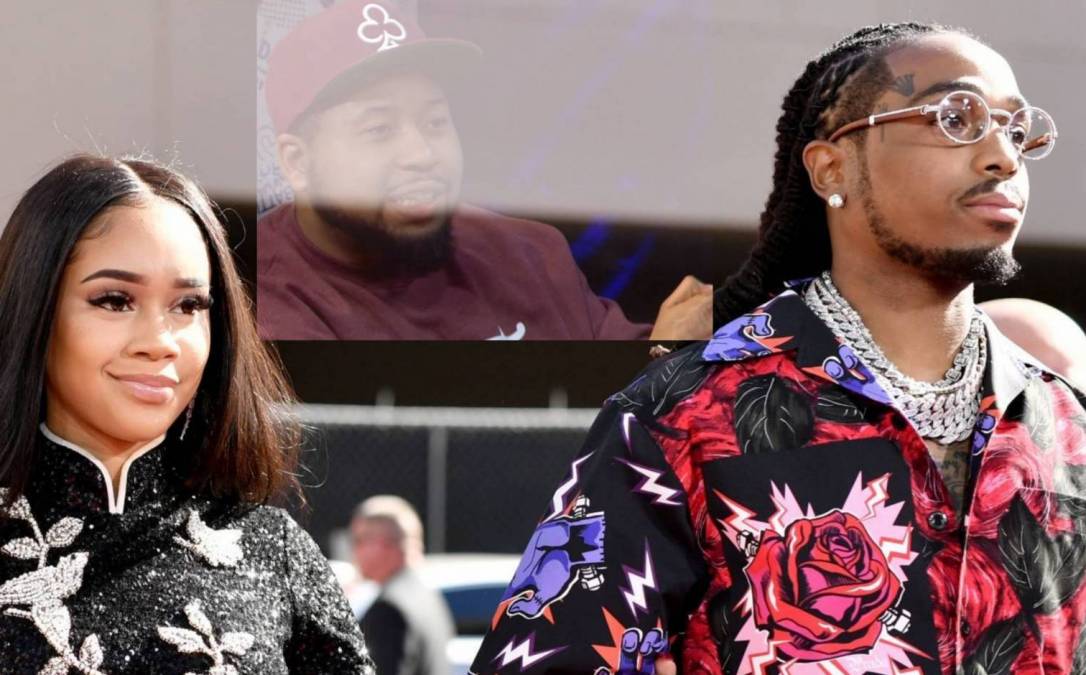 Akademiks didn’t mince words when it came to passing judgment on Quavo and Saweetie’s failed relationship.

On Tuesday (March 30) as clips of the former couple’s elevator altercation began to burn down social media, Akademiks (who previously called for Quavo’s exoneration), shared his thoughts on Twitter with his 1.2 million followers.

“That elevator video w/ Quavo and Saweetie …….. wild,” he Akademiks tweeted. “Glad they aint together no more. Clearly their relationship only look good on the gram.. it was toxic and abusive asf..”

That elevator video w/ Quavo and Saweetie …….. wild. Glad they aint together no more. Clearly their relationship only look good on the gram.. it was toxic and abusive asf..

He also made a quip on Birkin bags, a reference to Saweetie’s materialistic controversy from October 2020.

On Tuesday (March 30), TMZ obtained footage reportedly from 2020 that appeared to show Quavo flinging Saweetie into a North Hollywood elevator as she attempted to leave with a Call Of Duty case.

Quavo and Saweetie’s breakup was publicly evident on March 19 when she insinuated cheating came into play.

“I’ve endured too much betrayal and hurt behind the scenes for a false narrative to be circulating that degrades my character,” she wrote on social media. “Presents don’t band aid scars and the love isn’t real when the intimacy is given to other women.”

The Migos superstar didn’t confirm nor deny or allegations, instead telling the world he was “disappointed” in the decision to take the news to Twitter. 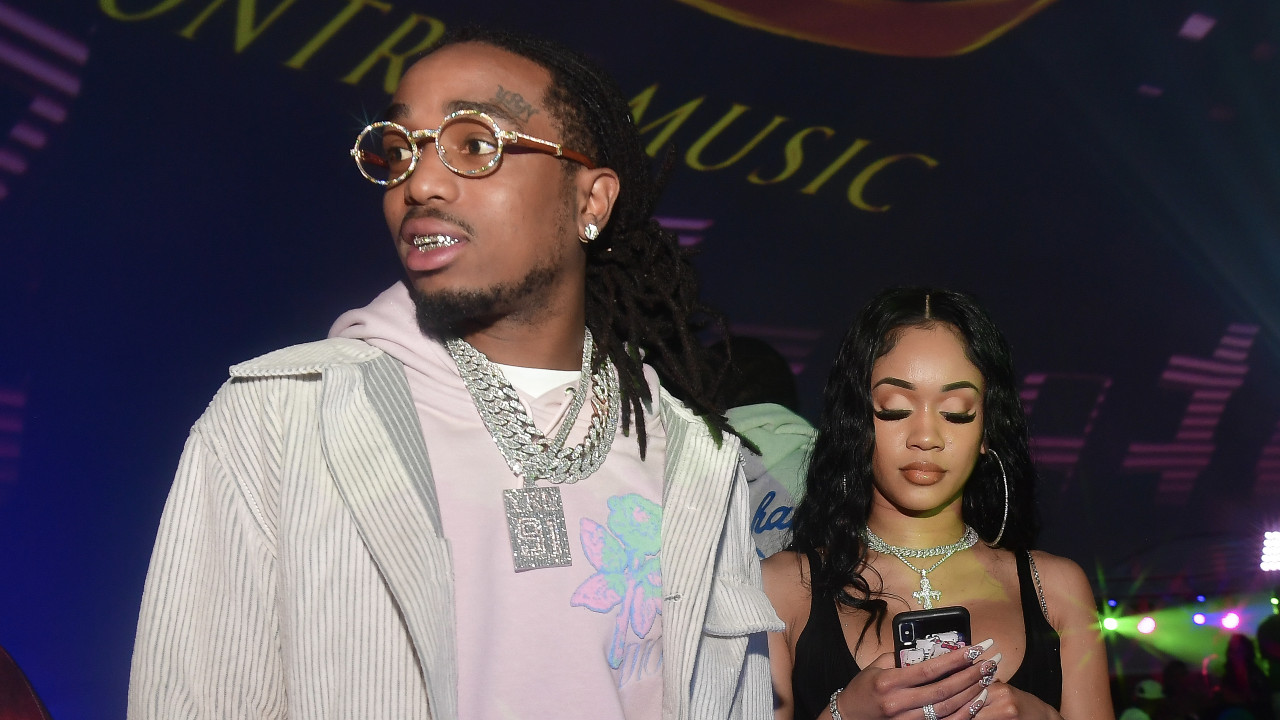 Unsurprisingly, social media offered up a wide array of reactions that mirrored Akademiks but also went to pro-Saweetie and pro-Quavo.

Fans debated the validity of the video’s original state, the level of physicality in the incident as well as the intent.

Check below for very different Quavo and Saweetie perspectives across the board.

This Quavo and Saweetie incident is another one of those unfortunate moments that makes it easy to spot the potential abusers on your timeline. pic.twitter.com/9qBlmzHu8j

beware of the men and women defending Quavo because he did not close fist knock her out. BE FUCKING WARE!!

quavo hits women, offset is a liar and cheater and takeoff getting sued for r*pe hm the math is mathing pic.twitter.com/Bxj8sjLegD

Quavo in elevator tryna get that briefcase pic.twitter.com/XiyMmOqbCw

He literally YANKED her into that elevator. Imagine if he didn’t see the camera? If he felt comfortable doing that to her in public just imagine what he did to her in private. That shit is so foul- no defending it.

Saweetie was literally FLUNG into the elevator and then you could see her limping out of it towards the end of the video but y’all wanna sit up and defend Quavo??? She was clearly physically hurt. pic.twitter.com/L0ZprD7JtL

everyone who’s logging in to defend quavo pic.twitter.com/XsVGVGFntm

y’all defending Quavo for being violent towards Saweetie ??? a incident that was caught on video???? and at y’all big age?? pic.twitter.com/2HOoBm1X12

if you’re a WOMAN going hard to defend quavo putting his hands on saweetie, then you’re a weird ass bitch and we are not on your side. pic.twitter.com/9Nx1dM6llC

Why are they all not posting this part where Saweetie punched Quavo? pic.twitter.com/FjxcIxXMVd

So y’all going to pretend like Quavo hit Saweetie in that video?! pic.twitter.com/4ERiynsQJ6

It was at this point Quavo knew? pic.twitter.com/mvtothnvS8

Quavo didn’t “fight”
Saweetie they pushed each other. He wasn’t overly aggressive. The whole time he was trying to collect his shit from her. Every physical altercation is not abuse or an assault. This may seem like an oxymoron but it’s not.

She isn’t a victim pic.twitter.com/RuWixnfxjX

Not y'all getting on the bird app to say you and your partner get into physical altercations to defend Quavo. It's not giving what y'all think it is AT ALL. pic.twitter.com/fFQKI7pS1j

Quavo is a textbook example of how abusers will gaslight tf out of you in the name of keeping up a public image. He literally tried to make her the villain. I can only imagine how many times he’s made her question who she is. Fuck him.

Quavo looked right into that camera after attacking Saweetie and then proceeded to come on this app and make himself the victim… when footage says otherwise. How are male rappers this big & dumb