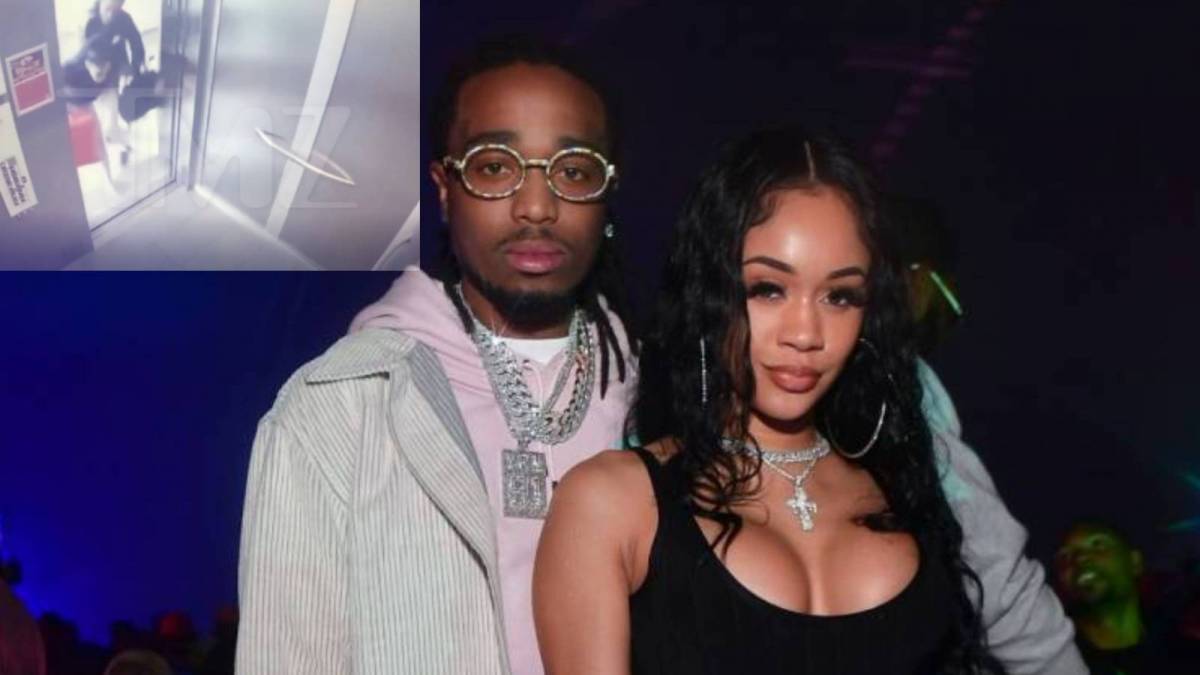 North Hollywood, CA – Quavo and Saweetie were together for roughly two years before the Icy Girl publicly ended the relationship on March 19 with a series of Twitter posts. Now, disturbing video of what looks like an altercation between the former couple has surfaced, suggesting their issues ran a lot deeper than alleged infidelity.

In a clip obtained by TMZ, Saweetie — holding an orange Call of Duty case — appears to be fending Quavo off outside of the elevator doors inside a North Hollywood apartment. Once the struggle ensues, he’s ultimately able to shove her inside.

As she falls to the ground, he gains control of the orange case, presses a button and casually glances down at her a couple of times. Saweetie eventually gets up with the help of a railing and limps off the elevator into the hallway. Sources on both sides claim the incident went down in 2020 at an apartment building where Saweetie was renting.

Fans were suspicious there was trouble in paradise after the couple unfollowed each other on social media earlier this month.

As Twitter blew up with breakup rumors, the Warner Music Group artist confirmed the chatter on Twitter, writing, “I’m single. I’ve endured too much betrayal and hurt behind the scenes for a false narrative to be circulating that degrades my character. Presents don’t band aid scars and the love isn’t real when the intimacy is given to other women.”

She later added, “I emotionally checked out a long time ago and have walked away with a deep sense of peace and freedom. Excited for this new chapter of elevation.” 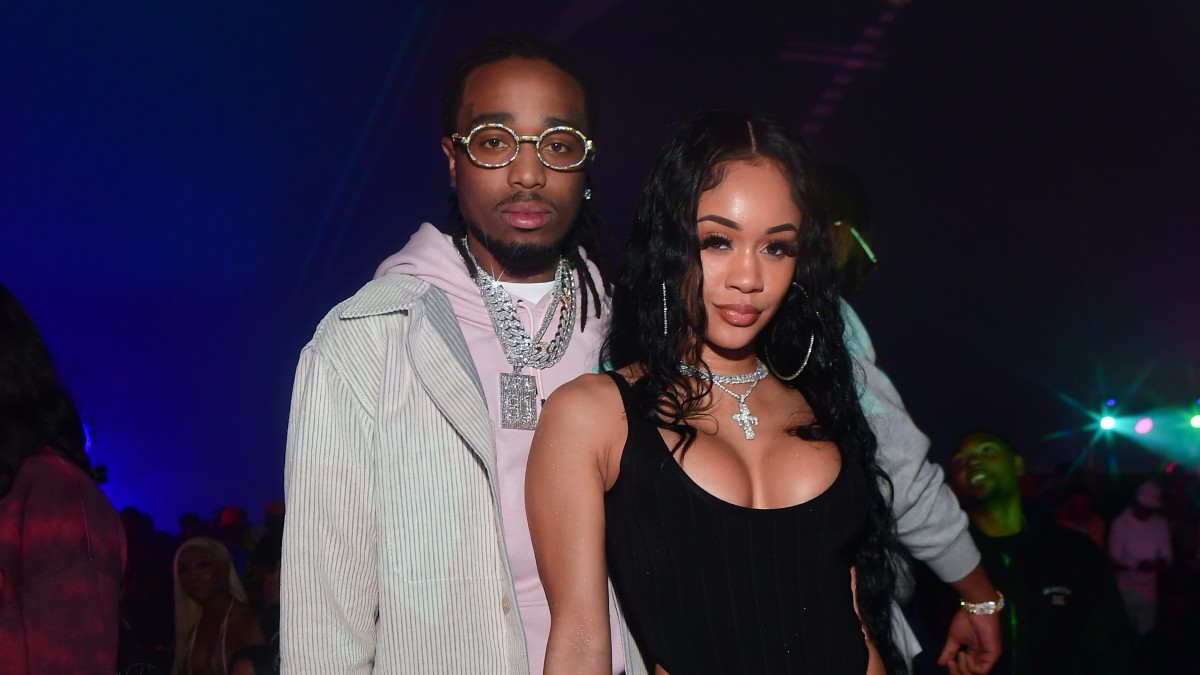 Saweetie Confirms Quavo Breakup: 'Love Isn’t Real When The Intimacy Is Given To Other Women'

As for Quavo, he was surprised Saweetie publicly declared their breakup.

“I know you want to make this into a show so I’ll play my part just this one time,” he tweeted. “I don’t normally put my business out there, especially my personal life. I feel the need to address this so there are no false narratives. I had love for you and disappointed you did all that. You are not the woman I thought you were. I wish you nothing but the best.”

Saweetie and Quavo started dating in September 2018 after he hopped into her DMs with a snowflake emoji and made their public debut during New York Fashion Week.